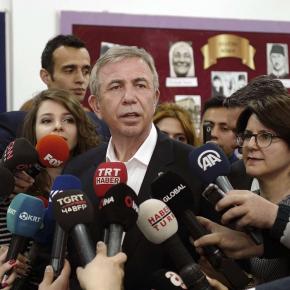 Turkish society today is beset by many deep divisions, threatening to make governing the country only more challenging in the future.

Last month, the German Marshall Fund of the United States (GMF) in partnership with the Istanbul Bilgi University Center for Migration Research (BILGI-Migration) shared the latest results of a poll, the Dimensions of Polarization in Turkey Survey, measuring how Turkish citizens see each other and Turkey’s politics.

The study portrayed a society that is increasingly divided, not just on political affiliation, but along social, ethnic and religious lines, as well. Dr. Nora Fisher-Onar, a professor at the University of San Francisco and an expert on Turkish political ideologies, warned that if left unaddressed, these deepening divisions risk making Turkey less governable over time.

“Unfortunately, the strategy of polarisation makes it harder to govern,” Fischer-Onar told Ahval in a podcast interview.

“It becomes a vicious cycle in that you have to then polarise more in order to attain support to govern but it becomes harder and harder to do the work of governing,” she said.

Fischer-Onar used the example of political divisions in the United States to show that Turkey is not a uniquely polarised nation.

A day prior to the interview with Ahval, rioters supporting President Donald Trump stormed the U.S. Capitol Building in an attempt to halt Congress’ certification of the November election results. Five people died, leading to a bipartisan condemnation of Trump for instigating the violence.

“President Erdoğan is a much more skilled player than President Trump,” said Fisher-Onar. “He has actually managed to combine a polarising strategy with controlling the state and its various branches.”

But Erdoğan’s style of politics has had the effect of turning large swaths of his population against each other. The level of polarisation in society is so high that the GMF/Bilgi survey shows the alarming rate of Turks, who would not even consider living in close contact with those holding views different than their own.