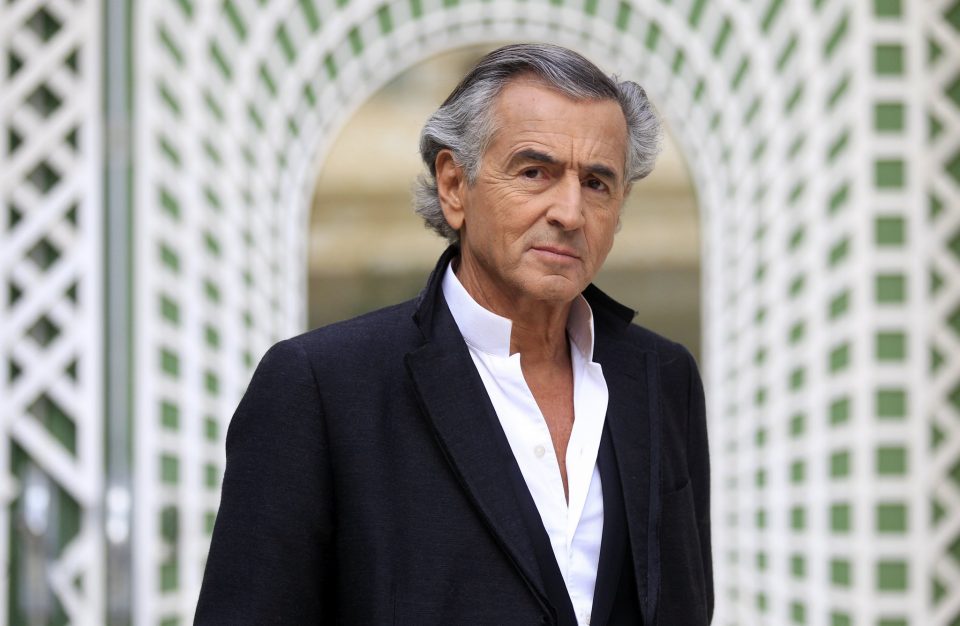 The French self-proclaimed philosopher, author and journalist Bernard-Henri Levy, infamously known as “BHL”, suddenly appeared in Libya on an unannounced visit. Landing in Misrata, he went on to visit Khoms and Tarhuna where he inspected the site of mass graves recently discovered after General Khalifa Haftar’s forces were chased out at the end of May.

The unannounced visitor prompted hundreds of Libyans to take to social media condemning the visit, the visitor and whoever invited him to the country he helped destroy, as many have claimed. BHL’s connection to Libya is bitterly remembered by the majority of Libyans who witnessed what happened to their country in 2011. BHL might have expected a rosy welcome, but instead he was almost shot.

Back then, BHL, a close friend of former French President Nicolas Sarkozy, came to eastern Libya at the height of the troubles in the country in what was dubbed “The Arab Spring”. From Benghazi, using a satellite phone, BHL started contacting his friend at the Elysée telling him what he is witnessing and encouraging him to intervene militarily against the Libyan government and the rule of the late Colonel Muammar Gaddafi.

France, based on BHL’s lies, supported by extremely biased media reports on the events in Libya, led the military intervention hours before even the United Nations Security Council voted on its notorious Resolution 1973, on 17 March 2011. That resolution authorised military intervention by any willing state to “protect” civilians.

While in eastern Libya, BHL was given unprecedented access to tribal meetings and even to frontline military operations rooms just set up by the many armed groups who sprung up to fight the government. He also played a central role in pushing Sarkozy to recognise the rebels’ alternative provisional government in eastern Libya as the only legitimate government in the country.

The rest of the story has now become part of historical fact distortion, lies and fabrications that led not only to the destruction of Libya, but the killing of Gaddafi, and transforming the once stable and safe country into lawlessness and endless wars. This prompted many Libyans, including those who wanted Gaddafi’s fall nine years ago, to hate Levy so much that they felt humiliated by his visit. Another reason Libyans neither like nor welcome him in their country, is the fact that he is one of the firmest supporters of the Zionist state and an astonishing denier of Palestinian legal rights under international law.

Bernard-Henri Lévy spoke in Belgrade regarding his movies in Beldocs movie festival, when audience member hit him with a pie and others chanted against him. [Wikipedia]

Many Libyans, even today, refer to the 17 February revolution as “BHL’s revolution”, and those who fought against the legitimate government in 2011 as “NATO revolutionaries”. BHL’s role in what happened is always in the minds of every Libyan, even those who never knew who BHL really is.

Against this backdrop comes his visit on 25 July and the political storm it created in the country. Libyans across the political spectrum agreed on one thing – BHL must go home now.

When the news broke, Libyan officials found themselves in an embarrassing situation as public anger mounted. Firstly, the mayor of Misrata, where BHL’s private plane landed, published a statement on his municipality’s Facebook page denying any knowledge of the unwanted visitor. Then Minister of Interior Fathi Bashaga, a Misratan himself and widely suspected to have arranged the visit, tweeted: “The Government of National Accord did not invite any journalist to visit Libya.” Without mentioning BHL by name, the minister went on to say that his ministry did not have anything to do with the visit, nor the visitor himself. The prime minister’s office followed suit in rejecting the visit. In a 25 July statement, it announced “we know nothing about Bernard-Henri Levy’s visit,” promising an investigation and punishment to whoever invited BHL to the country.

BHL left on 26 July after a short visit which he described as a “journalistic mission” on behalf of the French publication Paris Match and The Wall Street Journal. In a 31 July tweet, days after leaving Libya, BHL stated that his convoy was ambushed but: “The [accompanying] officers helped me escape [the bullets] and do my work.” His report was later published by The Wall Street Journal. A video posted on his Twitter account showing the ambush went viral on Libyan social media pages.

Those opposing the visit are angry about France’s support to Haftar’s war on Tripoli, which ended in defeat late last May. But the majority of people on social media believe BHL was indeed “the godfather of the 17 February revolution” nine years earlier, putting Libya on a free fall ever since. One Facebook user by the name Salem Akhras wrote: “This man [BHL]  is the godfather of the destruction of Libya.”

What really angered the majority of people, is the denial from almost every official that the entire government knew nothing about BHL’s visit. For him to arrive in a private plane means that he not only obtained the Libyan visa from a Libyan embassy or while at the airport, but he also secured manding and take-off for the plane. A passport control officer informed me anonymously that: “There is no way they [government] do not know about BHL’s visit. It is not possible for him to enter the country unless he had a visa and landing permission.”

The prime minister’s office on 29 July ordered a special committee to conduct a thorough investigation of the visit and report back within five days. It is unlikely that anything will come of such a probe. Libyans are doubtful to ever know how BHL secured permission to visit their country after all that happened. The visit only enhances their belief that their country lost its sovereignty years ago, even regarding small matters like a visit from BHL, and it will be years before gaining it back.

The article first appeared in ME Monitor