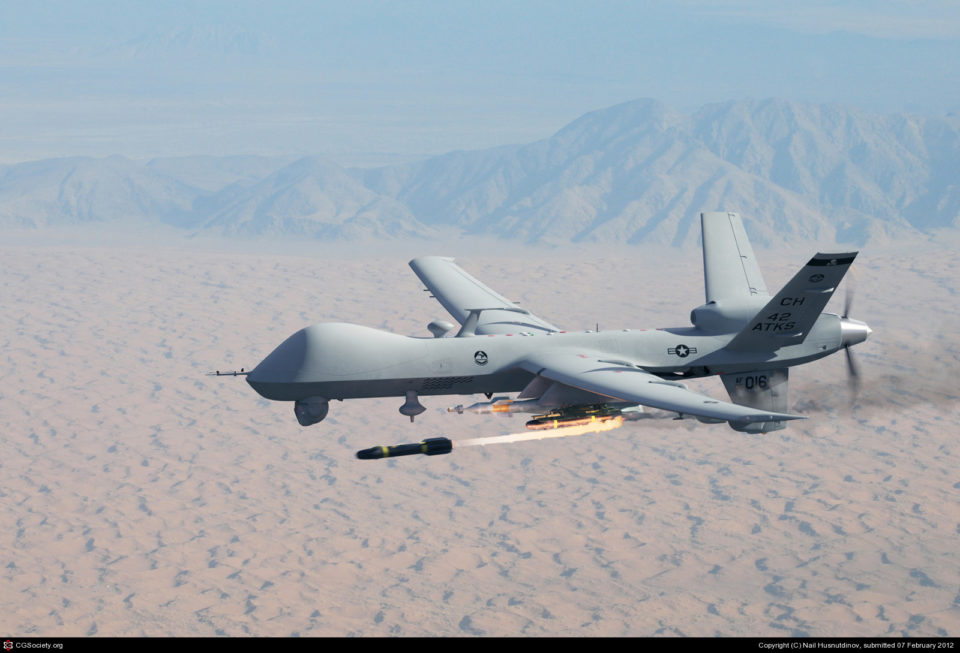 With the remote control in a faraway land, the Americans are taking away peoples’ lives and later tell the world through the media how drones attacks eliminated yet another terrorist. Clearly, drones are not working. Try to picture how their use failed to end wars in Iraq and Afghanistan.

It is, sort of, an assassination tool, and not really effective. The air war is doing more harm than good, and a gamble that will not pay off. To many, the elephant in the room is how to make Somalia peaceful and free from forces which generally aim at destabilising the country. It is time the government of Somalia looked at diplomatic ways of engaging groups like Al-Shabab.

People abreast with the wars in Somalia argue that by using drones, the conflict is being turned into something that is sort of, more like a video game. What it means is that a slim error in judgment means killing of innocent Somali civilians.

The remote controllers act as the investigators, the jurists and also the executioners. The executive order that President Donald Trump signed that termed Southern Somalia as an “area of active hostilities”, that permit United States Africa Command (USAFRICOM) to “take away” anyone who seems to be affiliated with Al-Shabab is ill informed.

According to Transparency International, there is rising number of US airstrikes in the Horn of Africa country. As always the case, the USAFRICOM insists that their campaign only eliminates terrorist figures. But the fact is innocent Somalis are also killed.

National Security Council of USA in a statement termed the reporting of civilian casualties as “superfluous” and below par, adding that the requirements fail to improve government transparency, but rather aims at distracting “our intelligence professionals from their primary mission.” The Bureau of Investigative Journalism, though, states clearly that it was in June 2011 when the US began carrying out drone strikes in Somalia all in the name of hunting Al-Shabaab.

While a number of the victims of the said attacks are villagers from remote areas, what stands out is the killing of Abdiqadir Nur, an employee of a telecommunications company, Hormuud Telecom. Mr Nur was among three others killed by such a strike in the village of Laanta Buuro, as per Reuters wire service. Although JUST SECURITY online portal points out that there is a discrepancy in what the US government is reporting with regards to the Somalia attacks, the US government claims no civilian death.

The website further indicates that the Defense Department’s US Africa Command (AFRICOM) is generally doing little to turn around the already bad situation. Of note is the fact that AFRICOM is not investigating the consequences of its air strikes. The agency simply names every victim of the strikes as a “militant” and a lawful target thus painting civilians as militants.

JUSTICE SECURITYnotes that on December 6, 2017, five civilians which included two children were killed; two more civilians including an 18-month-old girl were killed and close to ten structures nearby destroyed around the same time.

Table below illustrates the increase in US air strikes in Somalia

Interviews and photographs of casualties from a nearby hospital, media reports and satellite images confirmed this according to Amnesty International. Yet, AFRICOM denied it conducted a strike in the said location. In another incident, three civilians were killed by a US airstrike outside the village of Darusalaam while camped on the edge of the road.

They had been irrigating their farm late at night near river Shabelle and had no weapons on them. Interestingly, it was in early November 2018 when AFRICOM reported that a strike had hit only members of Al-Shabaab. The USA has recently increased its presence in Somalia thanks to The Black Hawk Down incident, where two US helicopters were shot down, leaving 18 American troops killed and the pilots dragged along the streets in 1993.

That was the last time heavy US presence in Somalia can be traced, Fighting Al-Shabaab should not be at the expense of losing innocent lives which are in-turn hidden from the public by being categorized as militants. Undocumented, the cost and consequences of drone warfare in Somalia run deep. Some of the social effects it brings are that it spreads fear and suspicion in the area affecting the society’s fabric. In remote villages for examples, the drones leave innocent civilians terrified and worried. This also breeds animosity and suspicion amongst one-time neighbours as well as children who would generally avoid playing freely – these attacks deny children and youth a critical development component, which is play. But what is the way forward? Is the use of drones by the US an open admission that deterrence and engagement have failed on their part? The more drones are used; the more innocent civilians become victims.

Open wounds of animosity are created and these people are easy targets of radicalization. That is why the US must reconsider this and give the Somalia children a fair chance of growing up without fear of attacks