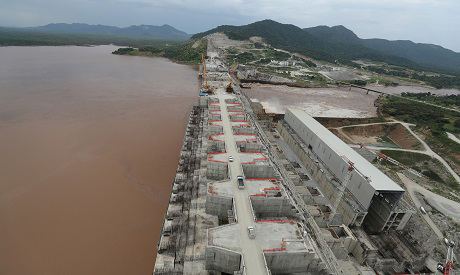 The Sudanese newspaper Al-Tayar quoted Gamar Eldin as stating: “We are not a chorus dancing to Egyptian or Ethiopian music.”

Egyptians resent what they call Sudanese support for Ethiopia in the dam file, while Khartoum claims it is protecting its interests without affecting Cairo’s interests. “We are partners in the management of the dam, and Sudan’s position stems primarily from the findings of the specialists and experts, who determined the gains and losses from the dam. According to the specialists, the gains are greater. We are partners even in the management of the dam, and from our position, it is our duty to guarantee Egypt’s share,” explained Gamar Eldin.

Cairo fears the potential negative impact of the dam on its annual flow of water from the Nile River, while Addis Ababa asserts that it does not aim to affect Egypt’s interests, and that the building of the dam is mainly aimed to generate electricity.

Gamar Eldin stressed that there is no division in the position of the Sudanese government, headed by Prime Minister Abdalla Hamdok, on the dam.

On Tuesday, Hamdok discussed in a meeting with the Sudanese negotiating team the position of negotiations on the filling and operation of the dam.

The meeting included the minister of foreign affairs, Asma Mohamed Abdalla, the minister of irrigation and water resources, Yasser Abbas, and the members of the Negotiation Committee.

Egypt signed the initials, at the end of February, on an agreement to fill and operate the dam, which was sponsored by the US with the participation of the World Bank, considering it “fair”, but Ethiopia rejected the agreement, while Sudan still has reservations about it.

“Khartoum will be a mediator between Egypt and Ethiopia with the aim of reaching an agreement on the Renaissance Dam,” confirmed Mohamed Hamdan Dagalo, deputy head of the Transitional Military Council, during a visit to Cairo in mid-March. At that time, Egypt’s foreign minister, Sameh Shoukry, announced in TV statements that: “The negotiations with the Ethiopian side are completely stalled at the moment.”