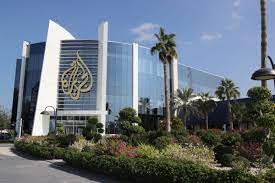 Authorities in Sudan have shut down the Khartoum office of Qatar-based Al Jazeera Direct, accusing the 24-hour news station of “unprofessional” coverage that has hurt the country’s interests and national security.

In a letter addressed to the manager of the Khartoum office, the Ministry of Information said the station had damaged Sudan’s social fabric by broadcasting content that “runs contrary to the profession’s conduct, customs and morals”.

The channel also showed inappropriate and old videos, which “hurt the nation’s supreme interests and national security”, the ministry said.

The letter, a copy of which was seen by The National on Sunday, was signed by the ministry’s acting undersecretary, Nasr Al Deen Khaled.

Al Jazeera television network, to which Al Jazeera Direct belongs, did not immediately comment on the Sudanese government’s decision.

The ministry did not specify which story covered by Al Jazeera Direct angered the authorities, but the timing and the phrasing of the letter suggest that it was to do with street protests against military rule after the October 25 coup that upended Sudan’s democratic transition.

Al Jazeera Direct provided live coverage of the protests. The footage was watched in Sudan and beyond amid disruptions by the authorities of the internet and telephone lines on days of major rallies, to prevent organisers and activists from sharing live videos.

The disruptions, along with the use of force against protesters and the closure of Nile bridges in the capital Khartoum, drew strong criticism from Sudan’s western backers.

Authorities, however, did not disrupt internet and telephone services during the last two protests.

At least 64 people have been killed and thousands injured in the protests since the coup. Security forces have also assaulted or detained reporters and cameramen. In one incident, they stormed the Khartoum office of Al Hadath television, which is part of the Saudi-owned Al Arabiya network, hitting employees with sticks and confiscating equipment.

The Health Ministry at the weekend published a list of the names and ages of 64 killed in the protests. Of these, 51 were under the age of 21. The oldest victim was 70, while the youngest was 13.