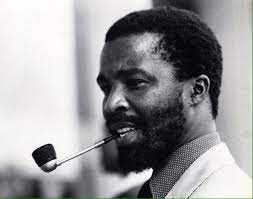 Much little known about, and where known largely misunderstood, is former South African President Thabo Mbeki’s greatest and most powerful speech of his career. And it is not the I am an African speech which is a glorified poem, no.

I am talking about the speech that as Deputy President in 1998 Mbeki delivered, not as a speech but a statement and a few remarks, as part of the opening of the debate in the National Assembly on 29 May. The speech has been observed by some students of South African history and politics that include myself to have been a withdrawal and or even an apology for the I am an African oration that was delivered much earlier on 8 May 1996 on the occasion of the passing of the new Constitution of the Republic of South Africa that was to be celebrated as one of the best and also most democratic constitutions under the sun.

I am an African as a speech was overly infected with the political euphoria of the historical moment and flavoured by the enchantment of the “miraculous” event of the end of apartheid and the “reconciliation” of the black and the white people of the land. The speech was hyperbolic, excited to the point of enchantment and too optimistic about the future of the Republic. It was suspended high above in the dizzy clouds and not in touch with the hard and troubled soils and souls of South Africa and the veracity of its economic and political condition.

It is poetic speeches that gave Plato the reason way back in Greek antiquity to declare that poets should be banned from the republics because they speak “unreality” and dwell in myths and illusions that may mislead populations and divert them from concrete historical problems. True enough of South Africa, poetic metaphors about a “rainbow nation” of the “people of God” that Arch-Bishop Desmond Tutu coined have misled South Africans and the whole world away from the true nature and condition of the problems that South Africa and all those who live in it actually face. I can observe today when the Republic is engulfed in true dark times that South Africa has been conducting one of the most exciting and also most dangerous constitutional and democratic experiments in the world. That a beautiful constitution and rigorous parliamentary democracy can solve a generations old problem of racial and class inequalities has been a political experiment.

That reconciliation can be achieved without justice has been part of that dangerous experiment. That democracy and the rule of law can exist where the population is punctuated by one of the biggest social inequality gaps in the whole world is yet another part of the risky experiment of the South African idea and the idea of South Africa in its veracity.
South Africa: Two Nations

In the speech; South Africa: Two Nations, Mbeki, still a deputy President, dropped poetry and spoke as a troubled historian and a philosopher, in touch with the cold and dry reality of South Africa. He spoke of racial and class inequalities that threatened the democratic order and the fragile cause of reconciliation between blacks and whites, rich and poor of South Africa. He spoke of a constitution that did not speak to the reality of the people of the land and a people that in large numbers actually lived out of the constitution, outside the economy and the polity of the country. What Mbeki did not talk about was that foreign nationals in South Africa, especially the poor and unskilled of them, will occasionally be attacked by angry and hungry poor South Africans that accuse them of crowding them out of the thinning national cake.

What has continued to be called xenophobic attacks in South Africa are actually racial and class anger explosions that have made foreigners vulnerable and exposed to hate and attacks by nationals. White skinned people and their big businesses have for so long remained safe in the distance away from the hunger, anger and violence of the poor in South Africa, but now things seem to change. In that truthful and powerful speech Mbeki did not predict any doom for South Africa but expressed fears of a political apocalypse. It took his brother, Moeletsi Mbeki later in the years to predict “Tunisia Day for South Africa” where the poor will finally explode. Only a little spark will be needed, Mbeki predicted, to ignite an inferno in the country.

A kind of war of all against all would break out and eat into the soul of the Republic until something is done or some change comes. South Africa is not only one of the most unequal countries in the world, where the gap between the rich and the poor is too wide, but it is also one of the most socially and culturally mixed and divided countries of the world. Racial, cultural, religious, national, political and class differences are at their most dramatic in South Africa than anywhere in Africa. In a rich and prosperous country that South Africa actually is there are millions of people that do not only suffer inequality, but endure inequality because they are not even in the equation of equality and inequality.

These are the living dead that have nothing to lose and therefore nothing to protect in the country. These are the people that exist outside the constitution, the polity and the economy, and will take any opportunity to burn everything, everybody and themselves in search for life.