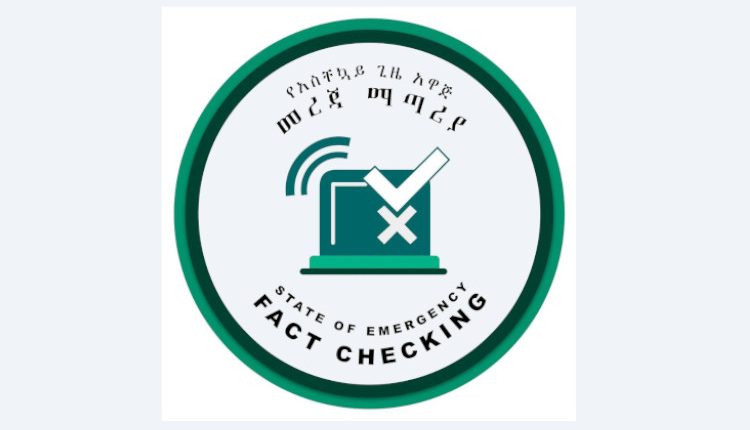 The piece begins by describing the conflict as if the Prime Minister “launched war,” which is an outright lies, it said in a statement.

However, in reality, it was the TPLF that started the conflict with an organized and premeditated siege and massacre of members of the military’s northern command, it stated.

The statement went on to say that the TPLF leaders openly admitted that they launched what they described as a ‘preemptive defensive attack’ on the military.

“The notion that TPLF is only reacting to provocations completely misrepresents the reality of the last two years. For the first time in thirty years, the threat to peace and to the security of citizens is overwhelmingly posed by entities other than the government.”

“If the government was to be blamed, it would be in failing to neutralize the threat to life and security of citizens from TPLF and other belligerent entities until now. Most citizens bemoan the patience of the federal government in not quickly intervening when pockets of violence emerge.”

“The piece misses the essential point: TPLF’s calculation in triggering an armed confrontation with the Federal Government is the belief that through an internationally brokered deal and appeal to the highly publicized appeal to the international community, it will be able to secure immunity for its past misdeeds and a power sharing deal that will grant it a position at the center, which exceeds the limited support it enjoys in a country with a population of 110 million.”

“Finally, the assertion in the article to unseat and/or assassinate a siting Prime Minister of a hundred million people is outrageous in many ways. It is shameful how such an idea was entertained to begin with by what is considered a reputable international magazine. It amounts to condoning war crimes, not to mention that it constitutes an assault against the Ethiopian people and the Ethiopian government.”

“Ignoring the role of a journalist, or an analyst, whose allegiance must always lie to the facts, the nuances of history, and to a sober analysis that facts and historical context bring to bear, this analysis is an epitome of downright mercenaryism.”