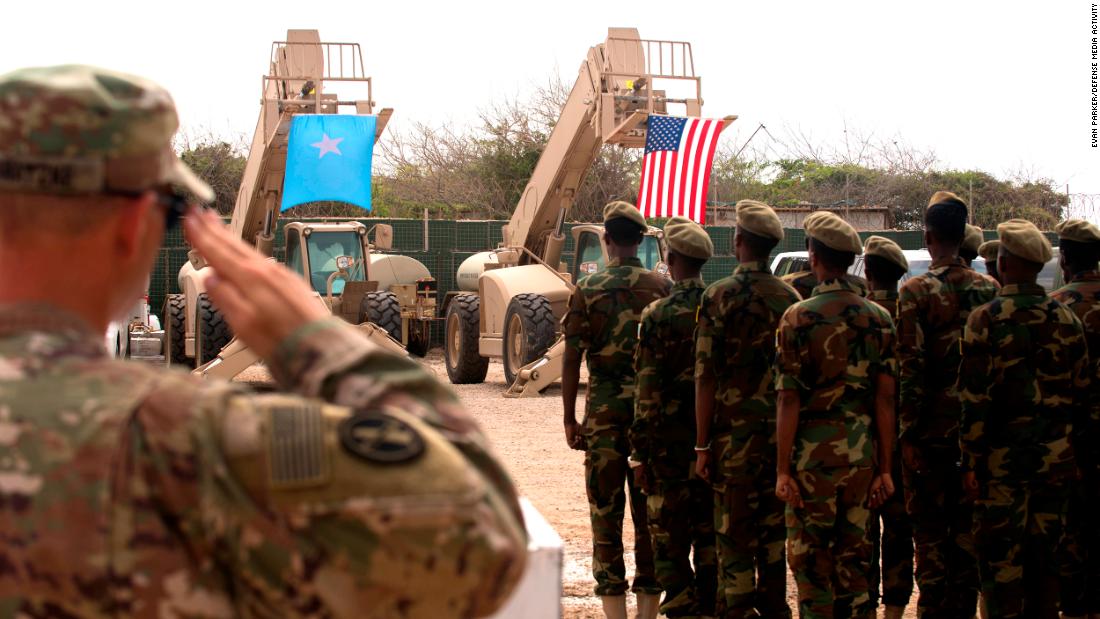 For over a decade now, there has been an alarming surge in the activities of extremist groups in different parts of Africa. From Boko Haram in Nigeria and in the Sahel region to Al-Shabaab in Somalia and the rising Islamist insurgency in Mozambique, the emergence and spread of such local and transnational extremist organisations have become primary sources of insecurity in the continent. The Taliban’s recent takeover of Afghanistan has heightened concerns that extremist groups in Africa will be emboldened by that victory. Signs of this have already begun to emerge.

In the wake of an abrupt US withdrawal, Islamist groups across Africa were prompt to celebrate as the Taliban seized control of Afghanistan. The Jihadist group Al-Shabaab in Somalia, and the Jama’at Nasr al-Islam wal Muslimin (JNIM) which operates in Mali, hailed the Taliban’s success. These extremist groups worldwide are viewing the Taliban’s rapid sweep to power as validation of their strategy of patience in pursuit of their call for ‘global jihad’.

The Jihadist group Al-Shabaab in Somalia, and the Jama’at Nasr al-Islam wal Muslimin (JNIM) which operates in Mali, hailed the Taliban’s success.

Several Al-Qaeda affiliates in Africa are waging several long-running insurgencies that aim to expel foreign forces and topple national governments. Many African countries like Somalia and Mali are heavily reliant on foreign troops for the maintenance of peace and security. The gradual spread and intensification of the military campaign of extremist organisations in many parts of Africa has necessitated measures for their containment. Since most of the affected states are not in a position to effectively counter the threat posed by militant and extremist organisations, they have acquiesced to or even invited intervention of foreign powers to bolster their security and to ensure regime survival.

Alongside humanitarian considerations, the pursuit of security has been the principle justification given by foreign powers for their interventions. France and the United States have been at the heart of such foreign military intervention in Africa, which effectively has meant the idea of exporting security.

Since 2013, France has undertaken direct military intervention in Mali and in the broader Sahel region. France deployed military forces under ‘Operation Serval’ (2013-2014) and ‘Operation Barkhane’ (2014). The US, however, has mostly engaged in indirect military intervention. The Combined Joint Task Force-Horn of Africa (CJTF-HOA) was stationed in 2002 in Djibouti, and undertook a range of tasks including training, equipping, deploying, and sustaining African intervention forces. The major focus was peace enforcement in Somalia, other parts of Eastern Africa, and in the Sahel region of West Africa. The creation of the United States Africa Command (AFRICOM) in 2008 was designed to counter violent extremist organisations, their strategy, and their operations in Africa on a more comprehensive basis.

France and the United States have been at the heart of such foreign military intervention in Africa, which effectively has meant the idea of exporting security.

It is in this context that the United States’ decision to withdraw US troops under AFRICOM from Somalia, and France’s decision to reduce its military presence in Mali and other Sahelian countries like Chad, Niger, Burkina Faso, and Mauritania, has raised fears of a possible spurt in spread and influence of radical extremism across the African continent. Such a scenario presents the possibility of extremist groups becoming more energised and they would not let go of the opportunity to fill in the political and security void in the wake of military forces of big powers withdrawing from Africa. It is in this context that we may analyse the situation in Somalia where an enormous security challenge has emerged following the withdrawal of American troops from the fragile and vulnerable country.

US withdrawal from Somalia and the future of AMISOM

After the September 11, 2001 attacks, the US began to pay increasing attention towards countering violent extremism and the ungoverned spaces in and around Somalia. In 2004, it supported the ‘Transitional Federal Government’ of Somalia in the hope of reconstituting the Republic of Somalia. In 2006, the US under President Bush’s administration acquiesced to the Ethiopian invasion of Somalia and the US increased military assistance to Ethiopia. The US backed the plan of the African Union (AU) to send a peace enforcement force, led by Uganda, to Somalia. It also provided training to Ugandan, Burundian, and the new Somali National Armed Force (SNAF). The Obama administration continued the peace enforcement and state building policy in Somalia.

AMISOM comprises various troops from African states and has been operating for 14 years in one of the world’s most complex and challenging security environments.

After receiving the United Nations Security Council’s approval, the African Union Mission in Somalia (AMISOM) was set up by the AU Peace and Security Council in January 2007. AMISOM comprises various troops from African states and has been operating for 14 years in one of the world’s most complex and challenging security environments. The mission draws its mandate from UNSC Resolution 2372 (2017), which authorises the AMISOM to work towards achieving four broad objectives: Enable the gradual handing over of security responsibilities from AMISOM to Somali security forces; reduce the threat by Al-Shabaab and other armed groups; assist Somali forces to provide security for political processes at all levels; and for stabilisation, reconciliation, and peace-building in Africa. In 2018, the UNSC approved the Somali Transition Plan—a programme that that was scheduled to start in 2018, with a plan for the federal government to assume all responsibility for security by December 2021. This plan marked a crucial milestone in the journey towards Somali state-building beyond 2021. The following year in 2019, a revised Somali Transition Plan was released after consultations by AU, UN, and the Somalia government.

Throughout this entire process, the US and its partners made considerable progress in rolling back Al-Shabbab and restricting their movements to the outskirts of the main city of Mogadishu. However, Al-Shabaab continues to have the capabilities to mount attacks inside Mogadishu and against AMISOM forces and is still a major security threat. Although the AMISOM’s mandate has now been extended, with the withdrawal of US forces, there is every possibility of Al-Shabaab presenting a severe challenge to the security and stability of Somalia and in the Horn of Africa region. The Somali government still requires the US troops’ aerial surveillance and drone bombardment capabilities and supporting capacity building of Somali security forces.

It is hoped that although the US is withdrawing forces from Somalia, they would not disengage completely and the much-needed support to Somali troops through surveillance and air strikes against Al-Shabaab will continue under President Biden’s administration.

At the same time, we must acknowledge that Somalia has emerged as a special case where a lot of interventions, mostly under the various UN Security Council Resolutions have been carried out. Now that the US forces have left, it is not clear if the Somali government and its security forces have the capacity, capability, and willingness to fulfil the transition plan charted out by the UN and the African Union.

The recent fallout of the Taliban taking over in Afghanistan demonstrates that civil war and armed conflicts cannot be won by a foreign third-party military intervention. On top of that, rushed evacuations, rather than better-planned and staggered ones, may in fact be counterproductive in countries that are dependent on external support (like Somalia and Mali). The situation would invariably be more problematic and complex when the local government lacks legitimacy and suffers other inadequacies. The moment international support is withdrawn, it gives an opportunity to the extremists’ elements to fill in the void.

Foreign military support cannot be an effective substitute for capacity building and development of domestic institutions and security apparatus. In their absence, military intervention may entrench fragility rather than stability as evidenced in Afghanistan. One may only hope that such a scenario does not unfold in countries like Somalia from where American forces have been withdrawn and in Mali from where French forces are on the verge of leaving.