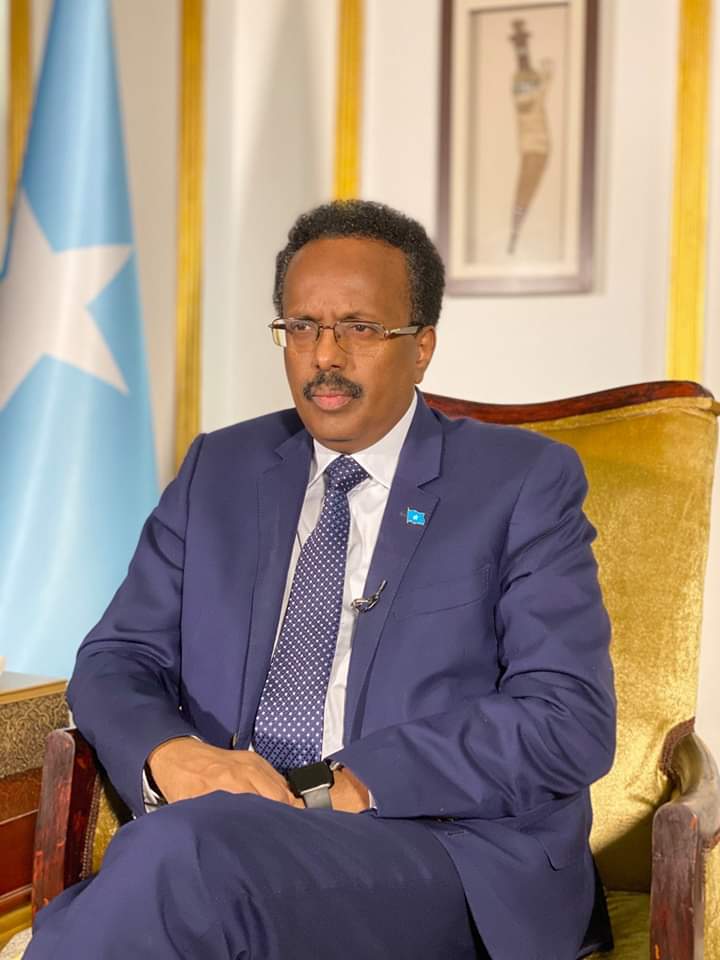 Mogadishu (SD) – The President of the Federal Republic of Somalia, HE Mohamed Abdullahi Farmajo presided over the preliminary National Security Conference on Internet.

The President expressed his commitment to strengthening the co-operation between the Federal Member States and the Federal Government of Somalia, which is crucial to ensuring the aspirations of the Somali people for the restoration of nationhood.

President Mohamed Abdullahi Farmajo reminded the leaders attending the meeting, the importance of cohesion and compromise for the common good, while preserving our government in which the Somali people have invested.

For their part, the leaders who attended the meeting expressed their determination to move forward with the government’s development plans, unanimously endorsed the President’s plan on the basis of consultation, self-acceptance and compromise for the common good.