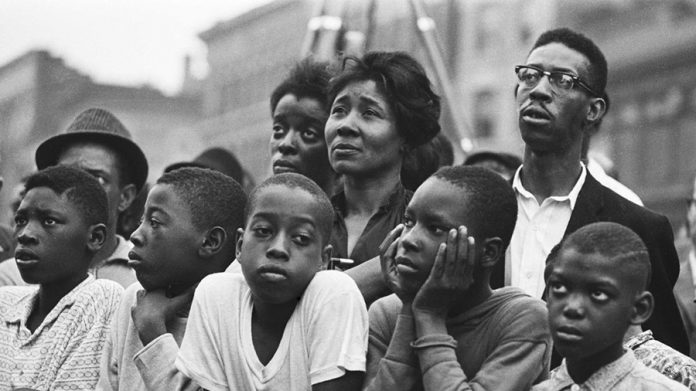 TO dehumanise means to deprive of positive human qualities and l will define self-dehumanisation as the process whereby persons  deprive themselves of human qualities, personality or dignity.

The crux of the matter is; self-dehumanisation is the opposite of Genesis 1 Verse 31 which says ‘’And God saw everything He had made, and, behold, it was very good.”

The black race in Africa claims to be free, independent and sovereign but is not proud of itself.

The black race, it appears, remains nostalgic of the oppressive past, like the Israelites pining for Egypt.

This behaviour mocks and is an act of pouring cold water on the bravery of those who paid the ultimate price for the motherland to be free.

Their spirits will never be at peace.

If animals are wary of human traps, we, the people created in the image of Jah, should do better.

The words poverty, ignorance and disease, synonymous with Africa today, were once associated with the Eurasian Steppes, where the so-called benefactors of Africa, the blonde and pale-skinned people, hailed from.

The land of the Eurasian Steppes was a place of smallpox, cholera, malaria, yellow fever and venereal syphilis, to name but a few diseases.

One wonders why the Creator placed them in a place akin to hell.

Can you imagine the reaction of these people when they saw Africa, the land of milk, honey, fruit, corn and sunshine?

Your guess is as good as mine.

Africa was is, will always be, the Canaan of planet earth and that is why every race wants a piece of it, except its people — what a shame!

For me, Canaan was never in the Middle East but Africa, the land of Ham.

Even the Arabs are clamouring for a piece of Africa; they are trying to control the continent through their religion Islam. Since the 6th Century Jah people should cherish their history for they will surely perish from lack of knowledge.

History is self-knowledge but to the daughters and sons of Africa, it seems their story is not worth remembering.

When Europe lost North America, its golden goose, in 1774, it was natural for them to find another one.

To Africa they turned and what a good choice they made, for up to now they are still reaping the benefits from that project and will continue to benefit from it for the foreseeable future!

The question that boggles the mind is why our race has infinite loving memories of our abusers and not our ancestors.

The answer I zeroed in on is the education system we inherited from our former enslavers and colonisers, who we so love and cherish.

This education creates people who will never be proud to be themselves, but who work hard to be ‘like’ our erstwhile colonisers.

We are a people who delight in tearing ourselves apart, a people who enjoy magnifying our mistakes to the delight of other races.

This world is like a circus and the ones with the bull-whip are the bosses who must be obeyed.

The black race is always checkmated not by the physical bull-whip but by the dehumanising education curriculum we inherited from our former oppressors, which is apparently invisible to gullible apologists.

The self-dehumanised race is immune or doesn’t want to listen to the spiritual truth.

Black Africans are in a destructive mode, despite reading the Bible and attending universities to enlighten themselves.

Self-dehumanisation is a disease that affects people who do not listen to the spiritual truth of Genesis 1 Verse 31.

The spirit will never subordinate to the flesh.

Spiritual wealth, which is what black people must retrieve and be in tandem with, will eradicate the virus causing self-dehumanisation among us.

Animals born in captivity instinctively want to be free and those in the wild never ever dream of being in captivity. They never lose their instincts, they never self-dehumanise, that is willingly coming into human sphere of influence to be controlled.

Whether we like it or not, our race has to take a leaf from the animal kingdom.

There is no excuse whatsoever for self-dehumanisation.

The current problems bedevilling our race are emanating from a people who are averse to their history because of voluntary ignorance.

This voluntary ignorance has led to the creation of a people who look at their race through the eyes of other races.

The spiritual world is open to all and will be embraced by those who understand Genesis 1 Verse 31.

Unfortunately, the spiritual world is deemed pagan by those with the self-dehumanisation virus and, sadly, these are in the majority.

Those who call themselves spiritual and political leaders must submit and surrender to the Creator. Some will say how; by simply being humble, for humility is next to spiritual correctness.

The spiritual world is not about intelligence but wisdom; is not interested in academic and intellectual philosophies of human beings, for these are finite and of no value and decay like human flesh.

Because of human philosophies, specially crafted to keep the black race down, Africa is in dire poverty in a continent of plenty.

The moral story of the Son of Man, Jesus, a blackman, born in a poor family, is simply: Don’t be intimidated by the physical riches of the world, but use your given talents and gifts to alleviate the suffering of the world’s poor so that people can praise the Creator through you and see that their suffering is not of the Creator’s making but of human beings.

Because of His special gifts and lowly upbringing, the Son of Man never aspired to be like the Herods, intellectuals or academics of his time.

He never wallowed in self-pity.

He showed that there was dignity and power in knowing thyself and being connected to the higher power.

The black race must not blame slavery and colonialism for this disease called self-dehumanisation but blame their inner weakness.

They should not continue to wear the tag of slavery and colonialism like a badge of honour.

They are not willing to grab the spiritual hand, ever extended, but prefer to call it unholy due to ignorance.

There was nothing weak or lowly about our ancestors, intellectually or morally.

Nthungo Ya Afrika, aka JL Mtembo, is a Hamite who strongly believes in the motherland renaissance