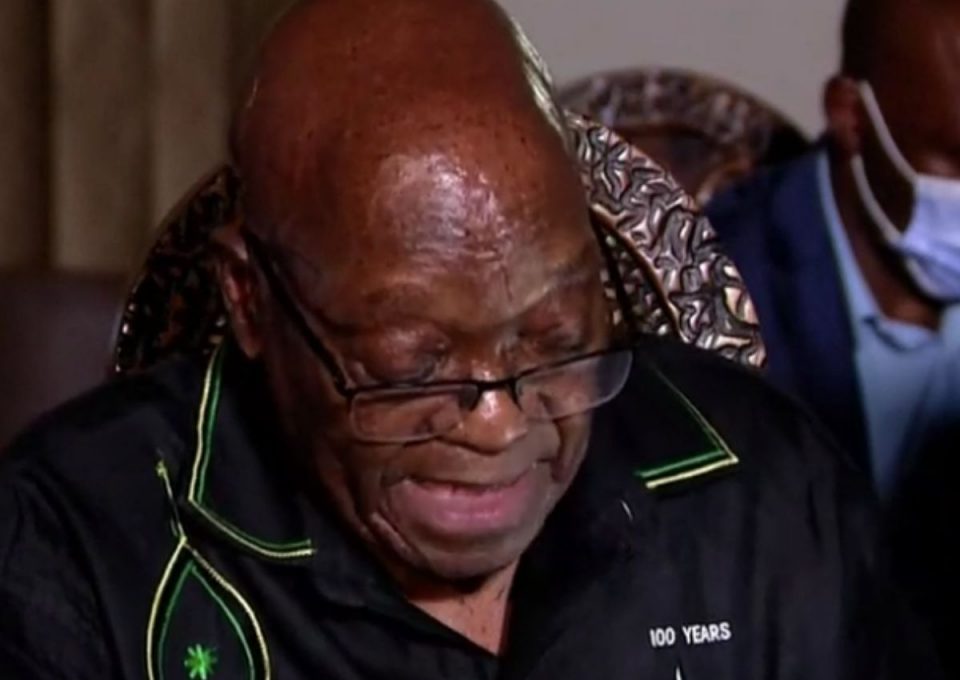 Jacob Zuma insisted that he is not an enemy of the rule of law, but vowed to continue fighting his 15-month imprisonment sentence.

After a chaotic day in which thousands of people defied lockdown laws to gather at the Nkandla, Jacob Zuma finally addressed the nation and said that the Constitutional Court’s decision to sentence him to 15-months direct imprisonment for contempt of court harks back to Apartheid’s policy of detention without trial.

Zuma said on Sunday evening that he is not afraid of going to jail, but will continue to fight against the ruling before handing himself over to police.

Reading a statement to the press who had gathered at Nkandla, Zuma said that South Africa is “sliding back into an Apartheid State”. He said that the lockdown regulations – which his supporters openly flouted by gathering in their thousands without masks on Sunday – bear “all the the hallmarks of a state of emergency, with the curfews like the 1980s”.

He said that he struggled for a free and fair South Africa, but has not been reciprocated in this manner.

“The struggle for a free SA was a struggle for justice where everyone is treated equally before the law. Constitutional democracy should mean that no one – not even judges – are above the law,” he said.

Zondo ‘should have recused himself’

Zuma took aim at State Capture Commission chair Raymond ZOndo, who he once again accused of being biased.

“Contrary to the mainstream narrative and propaganda against me, I’ve never refused not to appear before the SCI. In fact, the disagreement or discomfort from my side arose when I was in the attendance at the SCI. It is my honest view that my past relationship with judge Zondo began to manifest itself in a manner that caused him to treat me unfairly and with bias. It is in fact incorrect to refer to the SCI as the Zondo Commission,” he said.

He insisted that had Zondo simply recused himself and allowed his submission to be made to a “neutral” chair, “the people of SA would have heard my version as regards all the unsubstantiated allegations against me”.

“All I am asking for is fairness and consistency,” he said.

He insisted that he is not aiming to “condone any acts or conduct that seek to deliberately frustrate the objectives of the commission”.

“The only point I seek to make is how the SCI responded to some of the individuals who defied the calls to appear before the commission,” he said.

Zuma denied that he is an “enemy of the rule of law”, and said that he will fight the judgement by Acting Chief Justice Sisi Khampele through the courts. He added that his precarious medical condition had not bee taken into account by the “emotional” judgment and decsiosjn to put him behind bars.

“I am pursuing peaceful methods to deal with this situation by approaching the courts again. I have been in and out of courts for the past 20-years and regularly attending to all my court appearances except if the doctors advised me otherwise,” he said.

“I am not scared of going to jail for my beliefs. It will not be for the first time. I will be a prisoner of conscience. I spent 10-years on Robben Island, under cruel and difficult conditions. “

He called on his supporters to protest peacefully against this. “I am not asking for sympathy, but justice. My age and health condition, and any other mitigating circumstances where not considered when imprisonment was decided. My family and comrades insist that these injustices need to be exposed.”