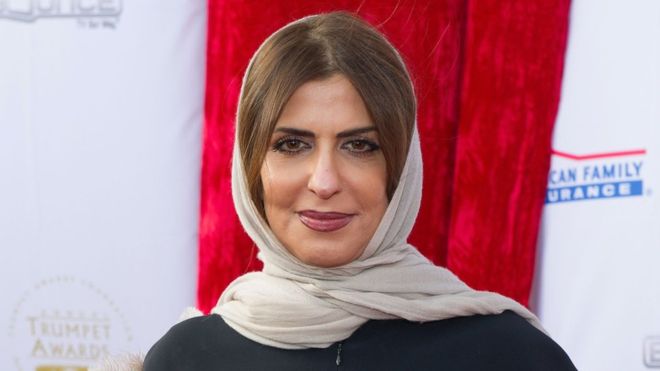 An appeal has been posted on a prominent Saudi princess’s verified Twitter account, asking her uncle King Salman to free her from detention.

One tweet apparently from Princess Basma bint Saud says she is “being arbitrarily held at al-Hair prison” and that her “health is deteriorating”.

Another asks the king and his son Crown Prince Mohammed to “review my case, and to release me as I have done no wrong”.

There was no immediate comment from the Saudi authorities.

However, a number of high-profile Saudi royals have been detained in recent years.

Princess Basma, 56, is the youngest daughter of King Saud, who ruled Saudi Arabia between 1953 and 1964.

She has established herself over the years as a prominent advocate within the Saudi royal family for humanitarian issues and constitutional reform.

Last year, there were unconfirmed reports that she had been placed under house arrest along with one of daughters. German broadcaster Deutsche Welle cited a source close to her as saying she had been held on suspicion of trying to flee the country.

The princess has also not been seen or heard from in many months.

“As you may be aware (?) I am currently being arbitrarily held at Al-Ha’ir prison without criminal, or otherwise any charges against my person,” said one of the tweets addressed to the king that were posted on her account late on Wednesday.

“My health is deteriorating to an extent that is severe, and that could lead to my death. I have not received medical care or even response to the letters I dispatched from jail to the Royal Court. I was abducted without an explanation together with one my daughters, and thrown into prison.”

The appeal was retweeted by the princess’s verified media office account, along with links to several articles about her alleged detention last year.