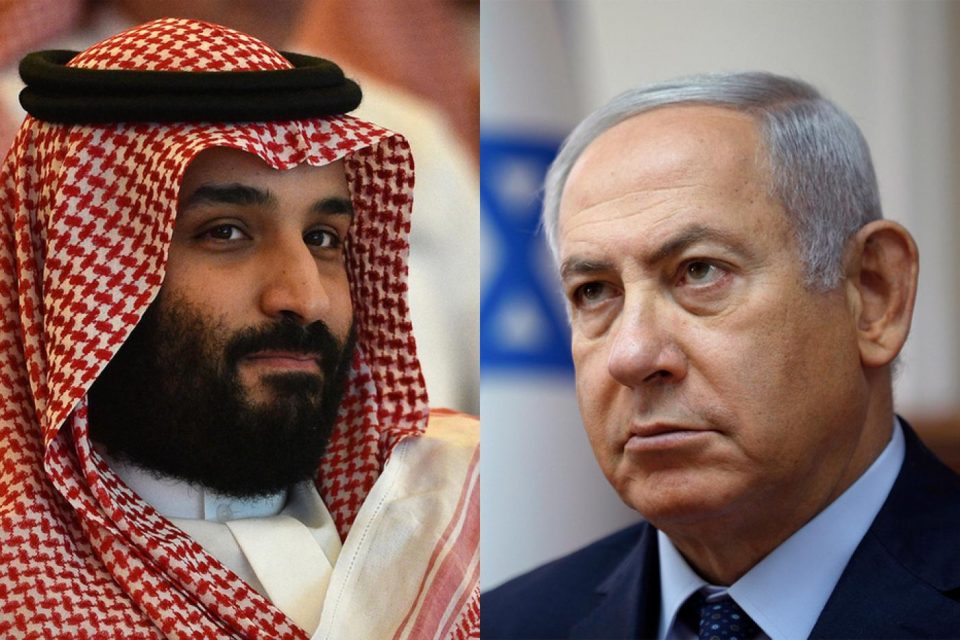 The crown prince and his advisors shrouded the meeting in secrecy.

The meeting would have served to suggest Saudi Arabia is warming up to the idea of normalization with Israel.

Sources revealed to Middle East Eye (MEE) that the crown prince worried his presence in the US capital would become a “nightmare,” fearing the details of his trip had been leaked.

MBS was scheduled to arrive on August 31 after the Republican National Convention had ended, his first visit to the US since March 2018.

The sources explained that the crown prince did not want to stay at the Saudi embassy or the residence of the ambassador, knowing his presence would draw crowds of protestors. To accommodate MBS, “four houses had been purchased at a secret location just for his stay.”

However, MBS received reports on Saturday that the details of his visit had been leaked. MEE’s sources explain that the crown prince’s “bottom-line condition with the White House was that the visit should go ahead in total secrecy and that his presence in the capital would only be known once the event itself was taking place.”

The crown prince and his advisors shrouded the plot in secrecy to prevent his opponents from making condemnatory statements, keep Jamal Khashoggi justice campaigners in the dark, and stop Saad al-Jabri’s lawyers from preparing legal action.

MBS and Netanyahu had not yet decided whether to record the meeting and air it afterward or conduct it live. “Either way it was meant to be a big thing,” a top Saudi source told MEE.

The meeting between MBS and Netanyahu “was not expected to be a full announcement of normalization of relations,” he continued, but it would have served to suggest the Gulf kingdom is warming up to the idea of normalization with Israel.

US President Donald Trump and his son-in-law and adviser Jared Kushner, basking in their perceived glory of the agreement between Israel and the UAE, were excited for the meeting’s potential to turn the tide of diplomacy with Middle East powers.

To the architects of the Abraham Accords, a display of friendship between Saudi Arabia and Israel would have ignited regional support for the Emirati-Israeli normalization—support that Kusher and Secretary of State Mike Pompeo are currently trying to shore up on separate tours of the Middle East.

After the announcement of the UAE-Israel diplomatic agreement, Kusher said to CNBC: “I do think it is an inevitability [sic] that Saudi Arabia and Israel will have fully normalized relations and they will be able to do a lot of great things together.”

The deal’s advocates consider Saudi Arabia’s endorsement a turning point, believing the kingdom has the power to sway other regional actors in Israel’s favor.

“MBS agreed to it because Trump and Kushner were pushing for it,” MEE’s source said.

“MBS needs Trump to win. Trump allowed him to become crown prince by agreeing that his elder cousin [Mohammed bin Nayef] could be deposed. Trump gave him legitimacy, and then much needed political cover for all the other things that happened: Khashoggi’s killing, imprisoning his cousins in the Ritz-Carlton, the siege of Qatar. The signals coming out of the Democrats for MBS are not encouraging,” he continued.

“MBS was calculating that if he suddenly appears with Netanyahu the big event would be enough to relaunch his image as a peacemaker.”