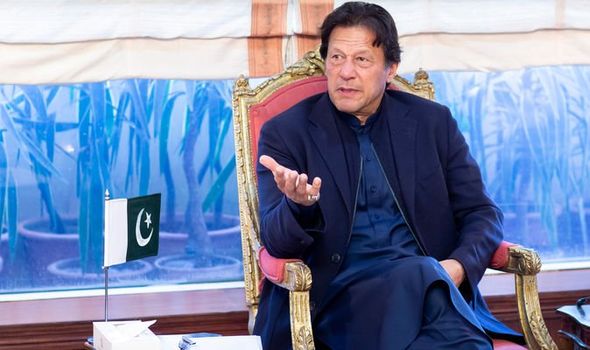 Amid Islamabad’s growing unease over failing to garner support for OIC’s CFM meeting, Prime Minister Imran Khan had voiced frustration over the silence of the 57member bloc of Muslim countries on Kashmir while speaking at a thinktank during his recent visit to Malaysia.

“The reason is that we have no voice and there is a total division amongst us. We can’t even come together as a whole on the OIC meeting on Kashmir,” he said

Pakistan has been pushing for an OIC foreign ministers’ meeting since India revoked the special status of Kashmir in August last year. Underscoring the importance of the CFM meeting, Pakistan foreign minister Shah Mehmood Qureshi had recently said at a press conference that it was needed to send a clear message from the ummah on the Kashmir issue.
For any move at the OIC, support from Riyadh is considered a must given that the body is dominated by Saudi Arabia and other Gulf countries.

refusal to attend the Kuala Lumpur summit under Saudi pressure, Riyadh had shown some flexibility on Pakistan’s proposal. It had sent its foreign minister to thank Pakistan for staying away from the event in Malaysia but that flexibility was short-lived and Riyadh soon reverted to its position on the CFM on Kashmir.

The kingdom reportedly made several proposals to Pakistan to avoid the CFM, including holding of a parliamentary forum or conference of speakers from Muslim countries and a joint meeting on the Palestine and Kashmir issues, but Islamabad has stuck to its proposal for a CFM meeting. Following Islamabad
Via- Times of India
previous post