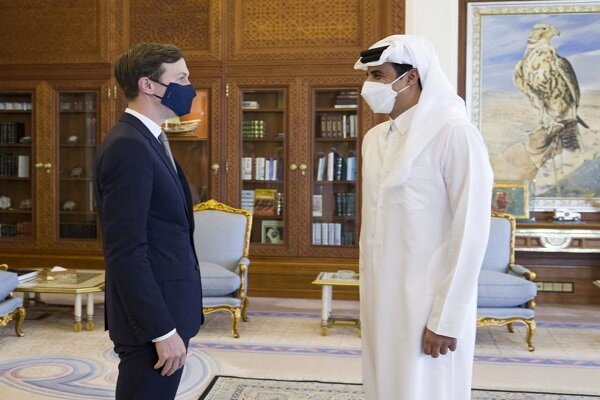 TEHRAN, Dec. 07 (MNA) – The US is on a hasty Saudi-Qatar reconciliation mission before the end of Donald Trump’s tenure in what seems to the US’ final ‘gift’ to Saudi Arabia.

Over three years have passed since four Arab countries, including Saudi Arabia, the United Arab Emirates, Bahrain, and Egypt, imposed a land, sea, and air embargo on Qatar. The four countries cut off diplomatic relations with Qatar on June 5, 2017, and issued 13 demands on Doha to end the crisis, including scaling down ties with Tehran and shutting down the Al Jazeera network.

Recently, however, some hasty moves by the US have raised further speculations about the imminent resolution of the Qatar crisis. In this regard, the Kuwaiti Foreign Ministry announced that positive talks had taken place to end the Qatar crisis. Meanwhile, senior Qatari officials, including the country’s foreign minister, have positively evaluated the talks.

The point to consider here is the fate of those 13 demands issued by the four Arab countries boycotting Qatar, in the wake of speculations over the imminent resolution of the Qatar crisis. The public opinion is wondering, why has Saudi Arabia decided to disregard its 13 demands after nearly 4 years?

Among the key demands were Saudi Arabia’s pressure on Qatar to cut off ties with Iran and shut down the Al Jazeera network, and none of these demands have so far been met by the Doha government. Thus, it is very clear that the recent announcement regarding the imminent settlement of the Doha crisis has nothing to do with Qatar’s fulfillment of any of those demands, and other factors have been involved.

The recent visit of White House senior adviser Jared Kushner to Qatar and Saudi Arabia, and his meeting with senior Doha and Riyadh officials, could reveal the actual reason behind the growing speculation over the resolution of the Qatar crisis. In meetings with Saudi and Qatari officials, Kushner held talks on settling the crisis created over the past four years.

It seems that the US president, after admitting his defeat in the presidential election, intends to make use of the remaining days of his tenure to both guarantee Saudi Arabia’s interests and put Biden’s government in a fait accompli situation. Trump is well aware of Saudi Arabia’s concerns about the control of Joe Biden over the White House as the new US president.

As such, Trump hastily initiated the reconciliation process between Saudi Arabia and Qatar in the remaining days of his tenure, thus preventing Doha from creating a gap between Washington and Riyadh. It is not too far-fetched to assume that Saudi Arabia had paid a fortune to Trump in order to carry out this mission. 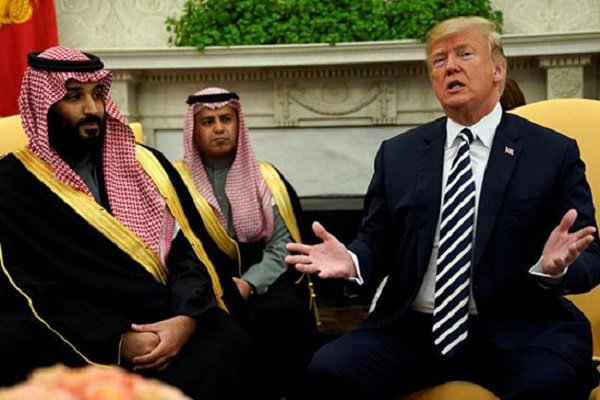 Saudi Arabia is well aware that with Biden in power and the Qatar blockade still in place, there is a possibility that Doha could influence the new US administration, which would result in Washington’s gradual distancing from Riyadh. For this reason, the Riyadh authorities, even at the cost of granting Doha many concessions, have agreed to compromise and disregard all of those 13 demands.

On the other hand, the Trump administration’s hasty efforts for Saudi-Qatar reconciliation cannot be considered unrelated to the case of normalization of relations with the Zionist regime in the region. In fact, Trump is well aware that one of the main obstacles to Qatar’s normalization of relations with the Zionist regime is the continuation of the crisis it is going through thanks to Saudi Arabia and its allies. That is why Washington has embarked on this Saudi-Qatar reconciliation mission in the last few weeks before the end of Trump’s tenure.

The US believes that after the reconciliation, Qatar’s move to normalize relations with the Zionist regime would be smooth sailing, as Saudi Arabia would be able to use its influence to convince Doha toward this decision. On the other hand, Qatar has previously stated that it will not stand with countries that support the normalization of relations with Tel Aviv.