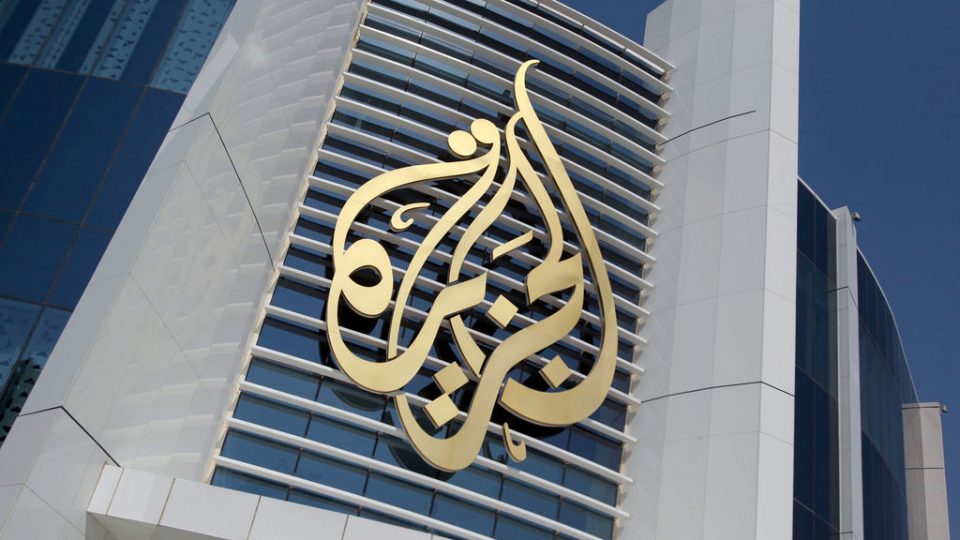 Over the past three days, social media saw a rare dispute between Qatari-linked media organizations, including Al Jazeera, Al Araby TV, and Mekameleen, with media figures from the organizations criticizing each other.

The dispute started with Qatar-linked AlAraby Television’s negative coverage of Turkey’s transformation of the Hagia Sofia museum into a mosque, including a post by AlAraby blogger Bilal Fadl that had two pictures; one of them shows Turkish President Recep Tayyip Erdogan hugging a Turkish singer with the caption “all year long,” and the other one shows Erdogan praying in Hagia Sofia with the caption “before the exam.”

AlAraby’s coverage, especially the picture, drew criticism from many, but the most striking one came from a presenter in the Mekameleen TV, a Qatari-linked Muslim Brotherhood Egyptian television station that broadcasts from Turkey.

The presenter, Mohammed Nasser, went live on Facebook and made unprecedented comments about Azmi Bishara, who is considered a policymaker in almost all Qatari-linked media organizations, but most closely linked to AlAraby.

“Azmi Bishara is a nationalist spy. Azmi Bishara hates all things related to Islam. Azmi Bishara was raised by Zionists when he was a member of the Knesset,” Nasser said.

“I just want to ask Qatar’s Emir Tamim: What do you see in Azmi Bishara? You give him money, a research center, and a journal that doesn’t even sell,” Nasser added. “Azmi Bishara hates all our channels, al-Sharq, Mekameleen, and al-Watan, because all three of them combined are running with a budget less than that of AlAraby’s food buffet and toilet.”

Nasser, along with his colleagues in Mekameleen, is based in Turkey, a possible reason for lashing out at Bishara after the negative coverage of the Turkish president, whose country hosts the three Muslim Brotherhood-linked Egyptian media organizations.

Another critique of AlAraby’s coverage was one of Qatari-owned Al-Jazeera’s prominent journalists, Ahmed Mansour, who tweeted saying: “A movement of heretics and atheists has succeeded, with direct support from their peers, in sneaking into effective positions in some TV stations, newspapers, and websites.”

Mansour did not namely point at AlAraby but continued to say: “They are promoting heresy as freedom, atheism as a point of view, offending religion as criticism, and swear words on the [prophet’s] companions as a way of reading history. We have to crush those heretics with our shoes.”

Replying to Mansour’s tweet was AlAraby’s presenter Wael Tamimi, who wrote: “‘Crushing’ is not a word to be used by a media figure. A journalist’s tools are his pen, word, and idea – not ‘shoes’ that ‘crush’. These outrageous views only originate from an ideology of eliminationism and extremism, which leads to seeing the other as an enemy that should be silenced. Journalism is innocent of this nonsense.”

Bishara also separately tweeted a comment on the matter, acknowledging the other Qatar-linked media organizations as “allies” and describing the situation as “sad.”

“If opponents were busy turning any disagreement with their objective allies – in the fight against tyranny – into an enmity without rules, if jealousy was more important than politics, if enmity took over morals, and if their alternative for tyranny was ‘us’ and not a democracy, then tyranny is lucky to have them. This is sad,” Bishara tweeted.