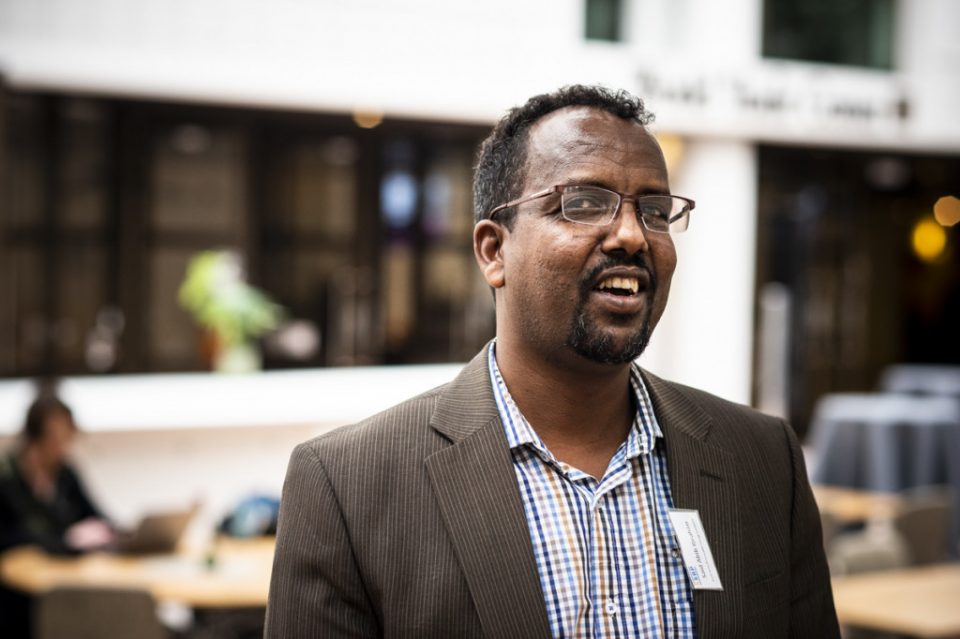 Said Abib Ibrahim was a pioneer starting with solar panels already in 2003 with his company Kaafi Solar.

Over the years his company have taken off and grown in the light of a more stable and peaceful Somalia.

– In the past there were no quality products. The imported stuff did not last long so I decided to start importing sustainable products that would also deliver its promise.

Today Said is working with other entrepreneurs in the countryside to develop their opportunities to run their businesses and build up the country.

– We are investing in things that people take for granted in most countries. Here in Somalia they are a pure luxury. It is not certain to always be able to charge your mobile or have access to a freezer – we are changing that now!

A new way of life for rural Somalis

Spreading access to electricity is revolutionary for many villages that have long been excluded from the electricity grid. Especially when phones in many cases are the means of payment by transferring funds.

Everyone should have access to electricity! It is the foundation of modern society.

Said says that his company was first to introduce TVs for several villages and that houses with air conditioning becomes an oasis during the worst heat waves.

– It’s not just companies that need electricity to run. Hospitals and schools also need energy, electricity can be what determines people’s life or death.

Said discovered SSBP when Forum Syd’s representatives were speaking at a conference USAID held in the city Hargeisa. Thanks to the support from SSBP, Said looks forward to being able to invest in flour mills to produce bread.

– It is an effort that will make life easier for many. Especially for women with a little money who are otherwise forced to travel long distances to be able to buy flour.

Through SSBP Said has also learned more about how to make risk assessments and how to work against corruption locally. Thanks to the SSBP network he’s also met several other entrepreneurs whom he has been able to exchange experiences and connect with.