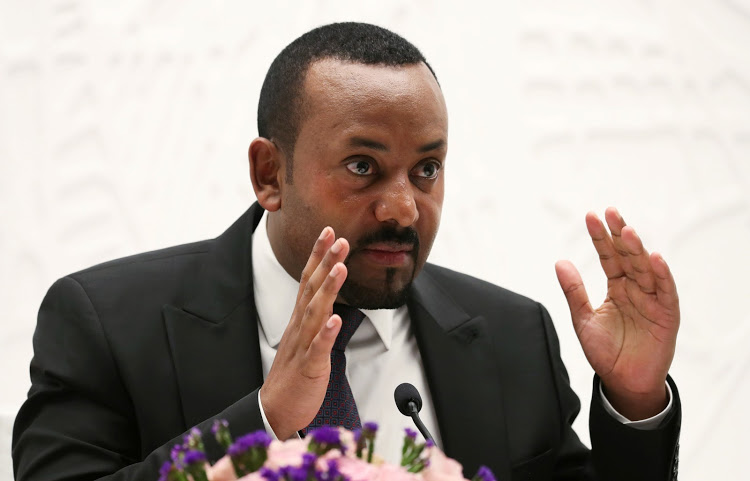 Prime Minister Abiy Ahmed called upon the international community to realize the context and the consistent transgressions by the TPLF clique that have led the Federal Government to undertake law enforcement operation.

In his statement issued today, Abiy said the aim of the operation is, once and for all, to put an end to impunity and forces that moved to destabilizing the country as well as the region.

When a wave of popular protests swept Ethiopia and ushered a new political dispensation in April 2018, one of the key pillars of the reformist agenda of the new administration was upholding the rule of law, he stated.

“However, a key challenge we faced in this regard, from the early days was the organized and highly networked obstruction of justice that was being orchestrated by those who played a leading role in the systemic abuse of human rights and massive corruption,” he said.

Abiy noted that for all intent on perpetuating a culture of impunity and restoring the undue privileges they enjoyed in the past, the old guards of TPLF have continuously mounted both covert and overt attempts to undermine the people of Ethiopia and our new administration.

Behind conflicts that have resulted in the suffering and death of many Ethiopians in the past two years, close observers of Ethiopian politics could clearly see the influence of the TPLF clique, he added.

Prime Minister underlined that the clique sponsored, trained and equipped any force that was willing to engage in violent and illegal acts to derail the democratic transition.

The move is clearly to make the country ungovernable by instigating clashes along ethnic and religious lines above all to sow division and discord so that the democratic transition will lose its momentum.

In efforts to bring to justice these conflict entrepreneurs, arrest warrants by Federal Courts were ignored in an open contempt for the rule of law.

Fugitives from the law assumed official party and state government position within the Tigray Regional State and serial obstruction of justice became the hallmark of the TPLF.

For more than two years, the federal government opted for maximum restraint, even though it was being criticized by citizens, including by the federal parliament, for not taking more measures to apprehend fugitives from law that were at large in the Tigray region, he said.

Unfortunately, he stated, the responsible and restrained approach of the federal government was perceived as weakness by the fugitives and their clique.

When the general election that was scheduled for this year was postponed to 2021 due to COVID-19 through a constitutional interpretation and decision of the House of Federation, the TPLF doubled down on their unconstitutional assertion.

Moreover, in a blunt violation of the Constitution, TPLF adopted unlawful electoral law, an illegal electoral commission and conducted an illegitimate election in which it won all the seats in the Regional Council.

It also undertook a massive military buildup with the objective of intimidating the Ethiopian people and government, Abiy highlighted.

Siphoning off funds aimed at aid and development, TPLF has been preparing for the eventuality since 2018, he said adding “the defiant clique organized and drafted irregular militias, not even sparing underage recruits.”

The Regional administration increasingly showed its contempt to federal laws, including the Constitution and continued pushing a half cooked “de facto” statehood thesis.

The fugitives within the TPLF have been determined to trigger an armed conflict by attacking the northern command of the federal armed forces stationed in the Tigray region earlier this week, intending to take control of its mechanized weaponry and capability, the Prime Minister stated.

Few days prior to this attack, the regional administration of Tigray publicly declared that they can dictate terms regarding personnel changes and movements of the northern command, compromising the National Defense Forces.

A democratic and pluralistic Ethiopia cannot exist without the rule of law. Rule of law, especially in a federal arrangement requires that both regional states and federal governments respect the constitutional division of power.

It is in accordance with this constitutional provision and its duty to enforce federal laws across the whole country that the Federal Government is undertaking a strategic operation to end impunity and criminality, Abiy underscored.

Furthermore, the Prime Minister noted that the Federal government counts on all who advocate for justice and rule of law to support this effort.

“I personally call upon the international community to understand the context and the consistent transgressions by the TPLF clique that have led the Federal Government to undertake this law enforcement operation that aims to once and for all put an end to impunity and forces aimed at destabilizing the country as well as the region,” he said.

The Ethiopian people have paid a huge price thus far for the criminality of belligerent cliques he said, adding “Now we all deserve peace and stability. And this operation aims to end the impunity that has prevailed for years. There should not be any mistake made in treating the Federal Government as equals with criminal groups.”

Through the instrumentality of a state of emergency, with the utmost care for the overall wellbeing, safety and security of citizens in the regional state, the Federal Government will see through the law enforcement operation it has commenced