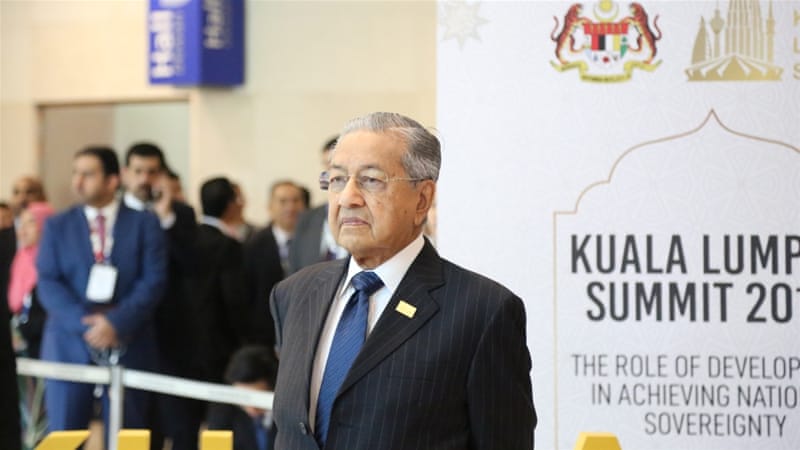 Malaysian Prime Minister Mahathir Mohamad has criticised India’s new citizenship law, which is seen as discriminatory against Muslims and has sparked deadly protests across the South Asian country.

Speaking on the sidelines of the Kuala Lumpur Summit 2019 on Friday, Mahathir questioned the “necessity” of the Citizenship Amendment Act (CAA), when Indians have “lived together for 70 years”.

“People are dying because of this law. Why is there a necessity to do this when all the while, for 70 years, they have lived together as citizens without any problem?” he asked.

The CAA makes it easier for “persecuted” minorities from three neighbouring countries to get citizenship but not if they are Muslims.

The law has stoked fears that Prime Minister Narendra Modi wants to remould India as a Hindu nation and marginalise its 200 million Muslims, who form nearly 14 percent of India’s 1.3 billion population.

“I am sorry to see that India, which claims to be a secular state now is taking action to deprive some Muslims of their citizenship,” said the 94-year-old leader.

“If we do that here, I do not know what will happen. There will be chaos and instability, and everybody will suffer.”

Mahathir’s comments came amid deadly protests in India over the CAA, in which at least nine people have been killed so far.

On Friday, tensions prevailed throughout the country, including in capital New Delhi where several metro stations were closed and internet suspended in some areas to prevent demonstrations.

Thousands of people in a Muslim-dominated district of the capital marched after the Friday prayers, some carrying a huge Indian flag, raising slogans against the Modi government.

Protests continue to be organised in various Indian cities as authorities impose a ban on public gatherings and arrest hundreds of people.

The United Nations has called the CAA “fundamentally discriminatory” while the United States‘s State Department has urged India to “protect the rights of its religious minorities”.