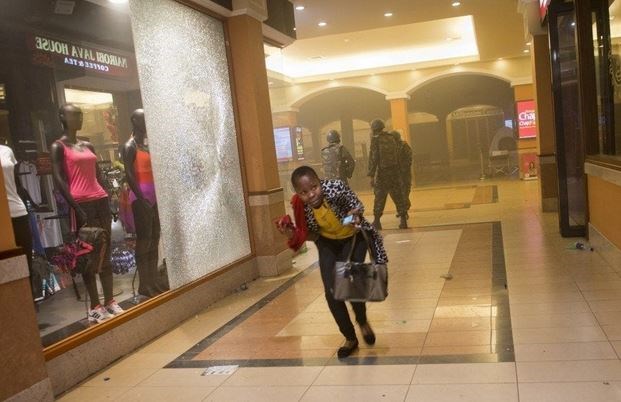 The Kenyan government is now mishandling the COVID-19 crisis in similar ways.

Seven years ago on September 21, on a bright and sunny Saturday morning, four men armed with automatic weapons and hand grenades stormed the Westgate shopping mall in the upmarket Westlands district of the Kenyan capital, Nairobi. Closed-circuit cameras within it captured them strolling through the mall, killing on sight. Within hours, they had murdered 68 men, women and children and injured many more. Then, in the early afternoon, just as the Kenyan security forces started to mount a chaotic response, they disappeared.

What happened next remains one of the Kenyan government’s best-kept secrets. What is clear is that, at the end of three days of gunfire and explosions, the mall was empty, its shops looted, safes shot out, its bar littered with empty bottles. It looked more like the set of Project X than the aftermath of an epic confrontation with terrorists.

Through it all, Kenyans and the rest of the world were entranced by the running commentary of heroics and bravado provided by government agencies, peppered with contradictions and absurdities, and mindlessly regurgitated by the media.

The circus ended with a bang as the Kenya Defence Forces (KDF) blew up a section of the mall and then blamed it on the terrorists burning mattresses. “We have ashamed and defeated our attackers,” President Uhuru Kenyatta would proclaim shortly after, noting that the security forces had killed five and captured 11 of the anti-bedding attackers.

The KDF would later tell Parliament that it had killed four terrorists and handed over their remains to the FBI, though the latter would only confirm receiving three sets of remains which, a Parliamentary Committee report said, were all most likely the remains of Kenyan soldiers. During the trial of four suspected accomplices of the attackers, DNA from one of the bodies claimed to be that of one of the attackers did not match his known relatives.

Unbelievable as all this might sound, it really did happen. And sadly, it is once again happening today.

As the world battles the COVID-19 pandemic, the Kenyan government and its top officials have once again spotted an opportunity to loot. With the disease spreading across the country and more Kenyans at risk, millions of shillings in health-related spending has been stolen and the government continues to give out conflicting signals.

Despite issuing a stern warning at the end of July that police would enforce physical distancing regulations against mass gatherings, President Kenyatta himself, as well as his deputy, William Ruto and erstwhile rival, Raila Odinga, have been prolific in breaking the same rules.

Meanwhile, the country’s doctors are warning that the state is lying about flattening the COVID-19 curve, noting that many people with pre-existing conditions such as hypertension and diabetes are dying before being tested. “Mortuaries are abnormally full which means that the mortality rate has increased. But we are not getting the right statistics,” an official from the doctors’ union recently told journalists.

At the same time, the government has drastically reduced the number of people it is testing and is using the subsequently lower number of positive results to claim the pandemic is under control. However, the WHO has expressed scepticism about the picture the Kenyan statistics are painting, noting the lower testing, minimal contact tracing and deviation from the national testing strategy, as only low-risk groups are being tested.

Just like with the Westgate attack, and the many other terrorist attacks that followed it, the political class has been loath to demand accountability, or even the truth. They have been content to go along with the state’s declarations of dubious victories rather than take action to defend and protect the lives and livelihoods of everyday Kenyans. Instead, the big political issue of the day is the attempt to change the constitution to increase the number of high-paying public jobs available for politicians in the already bloated state, and to extend President Kenyatta’s tenure beyond 2022. In this regard, the pandemic has been a godsend, allowing the government to clamp down on public protests in defence of the constitution, claiming to be enforcing physical distancing rules.

“Never let a good crisis go to waste” goes the adage and the Kenyan ruling classes have taken it to heart, finding ways to profit from widespread food shortages, terrorism and illness. Granted, it is entirely possible that the worst of the pandemic is past and that Kenya (and perhaps much of the rest of Africa) has escaped relatively unscathed. If this happy circumstance turns out to be a reality, that would be in spite of, rather than because of, her politicians.