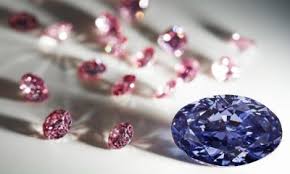 “Somali women living in the U.S. have lower cervical cancer screening rates than the U.S. general female population,” said Rebekah Pratt, PhD, an assistant professor in the Department of Family Medicine and Community Health and co-lead investigator of the trial along with Rachel Winer, PhD, at University of Washington School of Public Health.

“This disparity is due to a range of factors, including limited awareness of human papillomavirus (HPV) and cervical cancer, cultural and religious beliefs, mistrust of healthcare providers and concerns around modesty. HPV self-sampling is an emerging cervical cancer screening modality that may address common screening barriers among Somali women, particularly those related to modesty,” Pratt said.

Research shows that HPV self-sampling is accurate for detecting precancerous cervical lesions and is effective in reaching under-screened women. While that research has focused primarily on home-based HPV self-sampling, Pratt says there is an untapped opportunity to offer HPV self-sampling in the primary care setting.

In their study, Pratt and Winer’s team will conduct focus groups with Somali patients and interviews with providers to identify current barriers to care and develop a culturally-appropriate self-sampling intervention. Then, the team will introduce that intervention at two primary care clinics, where the team will study whether or not cervical cancer screenings increase year after year compared to 27 control clinics where the intervention is not available.

“A science-based analysis of the processes needed to successfully implement the intervention will lead to sustainable, novel strategies to support the integration of HPV self-sampling into primary care. Our hypothesis is that by integrating it