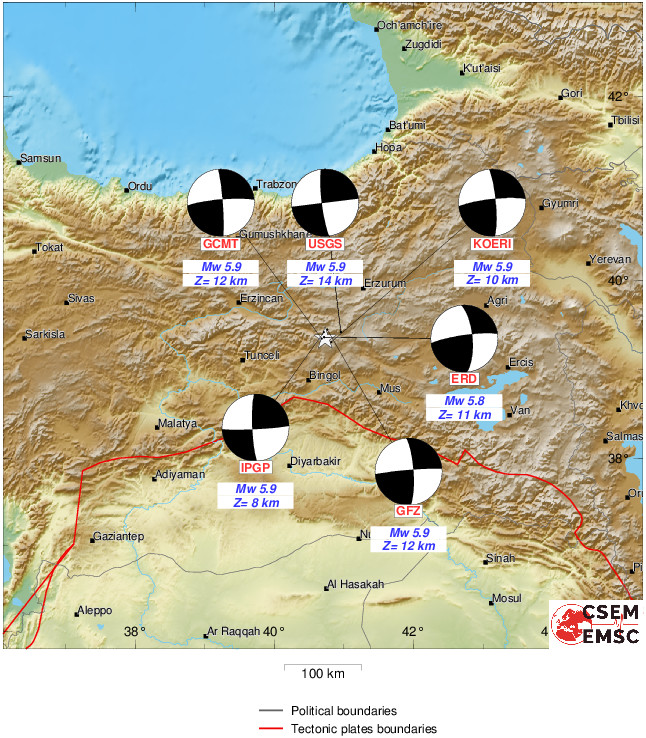 By REUTERS
DECEMBER 27, 2020 09:25
An earthquake of magnitude 5.3 struck eastern Turkey on Sunday, the country’s Disaster and Emergency Management Authority (AFAD) said, while the interior minister said there were no immediate reports of casualties or significant damage.

The earthquake occurred at a depth of 15.95 km (9.91 miles), AFAD said, adding that the epicenter of the quake was the Elazig province, which had been struck by a 6.8 quake in January, which killed 39 people.”There is nothing negative so far. All our teams continue their examinations on the ground,” Interior Minister Suleyman Soylu said on Twitter.