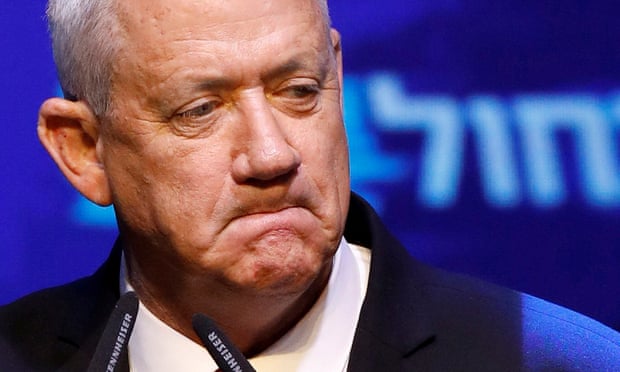 Gantz announced on Wednesday that he would not meet a midnight deadline, deepening political deadlock at a time of mounting security and economic concerns.

He said: “In the past 28 days, I have left no stone unturned, irrespective of how small, in my attempt to form a government that would bring to the State of Israel leadership with integrity, morality and values.

“We have made great efforts toward forming a broad, liberal unity government – a government that will serve everyone – religious and secular, Jews and Arabs”.

The move has sparked a final 21-day period in which the Knesset – Israel’s parliament – can nominate any of its 120 lawmakers to try and establish a coalition.

If that also fails, then an election will be triggered within 90 days, with voters going back to the polls after previous ballots in April and September.

Not securing a fifth term for Mr Netanyahu has legal implications, as it may increase his vulnerability to possible indictment on corruption charges.

The country’s longest-serving prime minister denies any wrongdoing, accusing his opponents of a witch-hunt.

Israel’s attorney-general is due to announce soon whether or not the conservative Likud party leader will be formally charged following long-running police investigations.

Under Israeli law, a serving prime minister does not have to step down if charged.

While they are largely aligned on national security, Gantz has signalled more openness than Netanyahu to a resumption of long-stalled peace talks with the Palestinians.

Netanyahu has sought to cast Gantz as a novice who is not up to the task of running Israel’s economy and statecraft alone, telling rightist factions that, even among its closest allies, Israel was “becoming a joke” due to its political turmoil.

President Reuven Rivlin had proposed a “rotation” agreement between the pair, in which Netanyahu would take a leave of absence as prime minister should he be indicted.

One potential kingmaker, Avigdor Lieberman, declined to back either men as the deadline neared.

Lieberman, who heads the far-right Yisrael Beitenu party said on Wednesday that “both were guilty” in failing to agree a Likud-Blue and White alliance, which he had strongly advocated.

With no unity government in sight, Lieberman said, he would deny both men the support of his party’s eight legislators, effectively meaning neither would have sufficient backing to get a working majority.

Liberman said: “As things stand now, we are on the way to another election”.

He reiterated opposition to a Netanyahu-led government that included ultra-Orthodox Jewish parties with religious influence over life in Israel, and to an administration headed by Gantz that, he said, would be dependent on support from Arab parties he described as a “fifth column”.