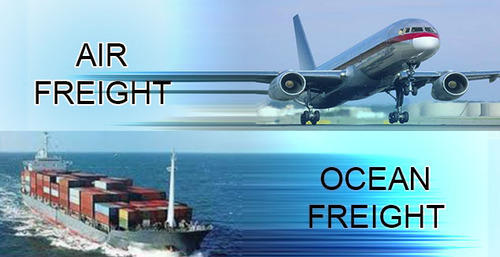 Djibouti has strong international backing on the issue of “making Djibouti a hub for air-sea logistics for the region.”

In a recent summit conference, the outlook of combining Djibouti’s expertise in the port and Ethiopian Airlines’ experience in the air with Air Djibouti was discussed among the president of Ports and Free Zones (Apzfd), Aboubaker Omar Hadi, the director general of Air Djibouti, Abdourahman Ali Abdillahi and the representative of Ethiopian Airlines in Djibouti, Yoseph Belay as well as the representative of China Merchant Group, He Fei, amongst others.

The common viewpoint is that, with its geostrategic position, Djibouti enjoys an important competitive advantage to serve the constantly increasing volumes of air-sea traffic. The location is of particular interest for African importers of high added value products.

The combination of air and sea is twice as fast as transport by shipping alone and two times cheaper than transport by air alone. In a brief address at this meeting, the president of the Apzfd emphasised Djibouti’s position, specifying that `this complementarity saves at least eight hours by air and five days by sea because Djibouti is on the sea route unlike Dubai, for example, where most flights to Africa pass over Djibouti.”

Currently, more than 850,000 t of goods destined for Africa are transhipped from sea transport to air transport via Dubai, more than half of which come from China. Supporting this project, the representative of China Merchant Group expressed the group’s full support to create an innovative model making Djibouti and Ethiopia the hub for combined sea-air transport.

A technical working group chaired by the CEO of Air Djibouti and the representative of Ethiopian Airlines was set up to work on the concept.