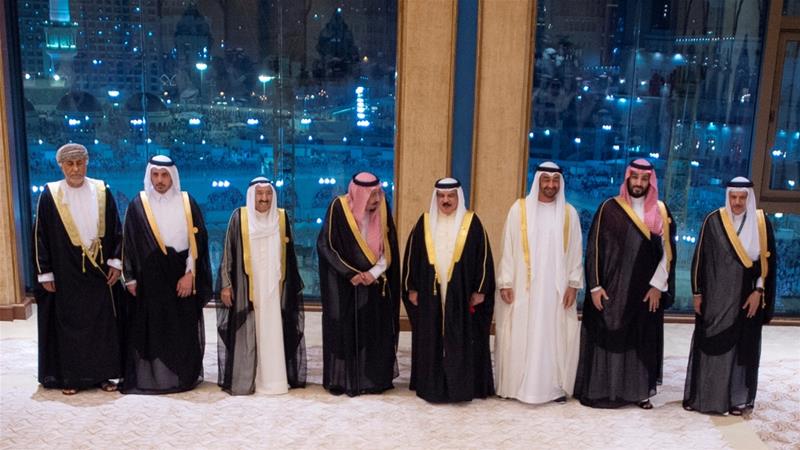 The September 14 attack on Aramco has forced Saudi Arabia to revise its policies towards the region and the GCC.

Signs of de-escalation have recently started to appear in the Gulf, suggesting that after more than two and a half years, the Gulf Cooperation Council (GCC) could finally be moving towards a resolution.

Earlier this month, Saudi Arabia, the United Arab Emirates, and Bahrain, which have imposed a blockade on Qatar since June 2017, officially announced they will participate in the Arabian Gulf Cup football tournament to take place in Doha later this month.

“This football decision is a very political decision,” commented Abdulkhaleq Abdullah, a political science professor known to be close to decision-making circles in Abu Dhabi. “It is preparation for bigger things,” he added.

Furthermore, a senior Saudi official told reporters that Qatar is taking “encouraging positive steps” to mend relations with its neighbours.

In recent weeks, confrontational social media campaigns on both sides have also been toned down as a confidence-building measure to create a more favourable environment for talks between the parties.

All of this came on the back of Qatari Prime Minister Abdullah bin Nasser bin Khalifa Al Thani’s visit to Saudi Arabia to attend the emergency GCC summit in Mecca in the aftermath of the attacks on oil tankers in the Gulf of Oman. It was the highest-level visit by a Qatari official to the kingdom since the siege began.

These de-escalatory steps are not happening in a vacuum and are related to regional factors, including the war in Yemen, tension with Iran and the Trump administration’s policies towards the Middle East.

While there have been several developments that have affected the situation in the region and made it more conducive to renewed dialogue, it seems the September 14 drone attacks on the Saudi Aramco oil processing facilities have had a significant effect on Riyadh. They mark a turning point in Saudi foreign policy on many levels, including the GCC crisis.

The impact of the attack on Aramco was much bigger than the financial losses the company incurred as a result of the damage to its facilities and the temporary reduction of daily oil output.

Regardless of where the drones came from – Yemen, Iraq or Iran – the fact that they were able to reach Aramco’s facilities represents the biggest American failure in the Gulf since  Donald Trump came to power. As a result, it has upset what many assumed to be strong relations between Riyadh and the Trump administration on at least two levels.

First, the successful attack put under question the ability of Saudi Arabia to protect itself through an alliance with the US and deployment of US military technology. That is, since the advanced American anti-missile defence system, the Patriot, was unable to protect a vital national asset like Aramco from drones, then the question arises: why should the Saudi leadership seek to purchase more weapons and military technology from the US?

Thus not only did the attacks seriously undermine the value of the $110bn-worth of arms deals that Trump promised to the Saudi leadership in the spring of 2017, but more importantly, they revealed the security vulnerability of Saudi Arabia and raised serious concerns over any possible escalation with Iran or the Houthis in the future.

Second, the September 14 incident also demonstrated the disloyalty of the Trump administration to its allies. Washington refused to attack Iran in response and instead started bargaining with Saudi Arabia over who should cover the costs of a US military deployment. Almost one month after the attack, the US sent 3,000 solders to the Gulf with the US president declaring triumphantly: “Saudi Arabia, at my request, has agreed to pay us for everything we’re doing.”

Shortly after came Trump’s decision to pull out of northeast Syria, effectively abandoning its ally in the fight against the Islamic State of Iraq and the Levant (ISIL or ISIS), the Kurdish People’s Protection Units (YPG), to face a military operation launched by Turkey, which considers it a terrorist organisation. In Riyadh, these events were interpreted as further proof that the US cannot be trusted.

These two realisations – that no amount of US military weaponry can protect the country and that the US is no longer a reliable partner – seem to have necessitated a revision of Saudi foreign policy and national security strategy. Its results are already clear.

In late October, Saudi Arabia oversaw negotiations between Yemeni President Abd Rabbu Mansour Hadi and the secessionist Southern Transitional Council, which had been fighting for control of southern Yemen. In November, a peace deal was announced which Crown Prince Mohammed bin Salman (MBS) described as an important step towards “a political solution in Yemen”.

Meanwhile, Saudi Arabia has also sought to de-escalate its conflict with Iran. The New York Times recently reported that “Saudi Arabia and Iran have taken steps toward indirect talks to try to reduce the tensions” between them. Its main regional ally, the UAE, has also been involved in de-escalation efforts. Earlier this month, Emirati Minister of State for Foreign Affairs Anwar Gargash said further escalation with Iran “serves no one” and that there is room for “collective diplomacy”.

In this context, the overtures of blockading countries to Qatar should not be surprising. A breakthrough in the frozen regional dispute is quite possible. After all, since Trump has failed to deliver on regional security, Saudi Arabia definitely needs a strong and united GCC to deal with the enormous regional challenges. Kuwait’s persistent mediation efforts over the past two and a half years have ensured that the door for direct negotiations has remained wide open.

It is unclear yet whether these early signs of re-engagement are going to lead to a full restart in relations between Qatar and its blockading neighbours. Nevertheless, it is safe to say that the upcoming GCC summit, to be held in mid-December in the UAE, is already set to be substantially different from the 2017 one which lasted only two hours instead of two days and further deepened the rift. 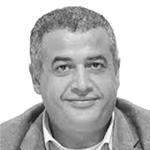 Ibrahim Fraihat is Associate Professor of International Conflict Resolution at the Doha Institute for Graduate Studies.