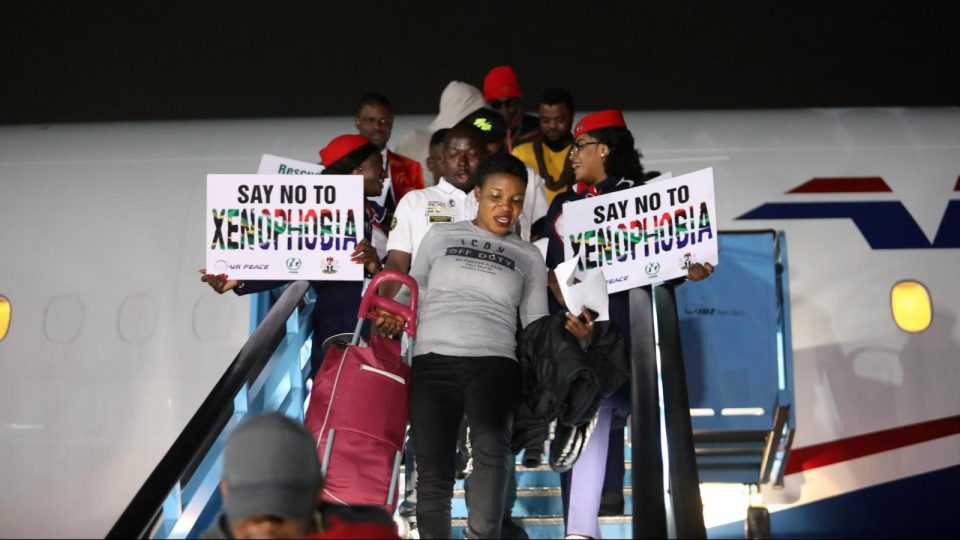 South Africa is back in the news yet again for all the wrong reasons. At least 12 people were killed and hundreds arrested after mobs attacked foreign-owned shops in Johannesburg and Pretoria last week. The attacks drew condemnation from across the African continent and resulted in reprisal attacks abroad. Nigeria began evacuating some of its citizens, recalled its high commissioner, and boycotted the World Economic Forum on Africa summit in Cape Town.

The latest wave of xenophobic attacks is undergirded by the belief that foreigners—mainly migrants from other African countries—are to blame for South Africa’s social and economic woes. And while a significant number of the population hold anti-immigrant views, data shows the country faces bigger challenges than hosting foreign nationals.

South African politicians have consistently complained about the influx of foreign citizens, with some claiming they were burdening sectors including the national healthcare system. Yet data from the government agency Statistics South Africa showed there were 2.1 million international migrants in South Africa out of a population of 51.7 million in 2011. (Population figures have since jumped to 55.7 million)

The government has also cracked down on migrants coming into the country, potentially reducing their numbers over the years. For instance, between January 2012 and December 2016, the Department of Home Affairs deported close to 370,000 people majority of them from neighboring Zimbabwe, Mozambique, and Lesotho.

Following a sharp shrink in the first quarter of 2019, South Africa’s economy dodged a recession after growing by 3.1% in the second quarter. Despite the rebound, it’s hardly time to pop the champagne.

As Africa’s second-biggest economy, the country boasts good infrastructure, well-developed financial systems, and strong mining and manufacturing industries.Yet growth has been undermined by structural impediments including corruption, weak investment levels, and shortage of high-end skills. Some economists also expect the economy to slow in the third quarter, even as president Cyril Ramaphosa faces mounting pressure to reverse the state of the ailing economy and improve competitiveness.

Many locals blame immigrants for taking their jobs and driving unemployment levels. Yet joblessness is so pervasive across South Africa that president Ramaphosa recently called it a “deep and serious crisis.” As of July 2019, national unemployment rates stood at 29% impacting an estimated 6.7 million people. Some 56.4% of 15-24 year-olds and 35.6% of the 25-34 year-olds remain jobless with 71% of those in unemployment spending a period of a year or longer looking for work.

Poor education levels and weak labor policies have been blamed for the low growth in jobs, while some have pointed to the need to upskill workers in the face of growing technological innovation. Critical to note here is that while South Africans have access to social safety nets and basic services, most foreigners have to fend for themselves without any support.

Foreign nationals, particularly undocumented immigrants, have become scapegoats for crime in South Africa’s major urban cities with both politicians and police pointing fingers at them. The country for sure has a serious crime problem with over 21,000 people killed in the year that ended on March 2019. Besides murder rates, sexual offenses, assault, and robberies have all been rising amidst growing concern about violence against women.

Despite that, experts have noted that it isn’t possible to conclude foreigners commit most of these violent crimes because the police don’t publicly release data on the nationalities of those they arrest and in many cases have no idea who the perpetrators are.

South Africa continues to have one of the highest inequality rates in the world. The legacy of apartheid’s exclusion, skewed land ownership, limited access to capital, and ailing economic growth have perpetuated the levels of disparity across the country. Inequality in wealth is even higher: according to the World Bank, the richest 10% of the population held around 71% of net wealth in 2015, while the bottom 60% held 7% of the net wealth.