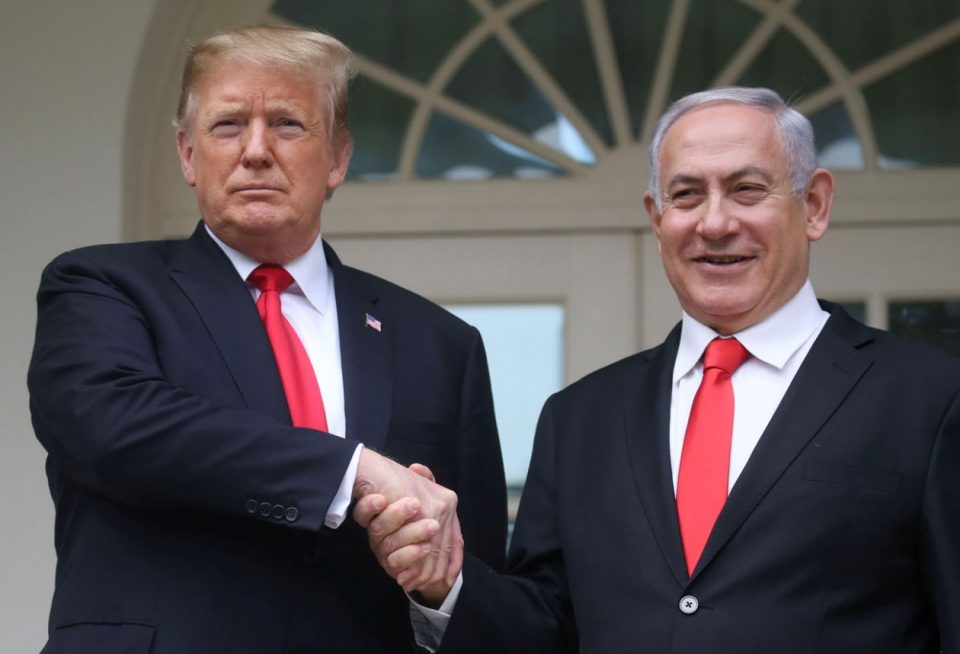 At the birth of the United States, America’s leaders acknowledged the importance of what the rest of the world thought about the American revolution. The opening lines of the Declaration of Independence state that “a decent respect to the opinions of mankind” required what most of the remainder of the Declaration provided: a detailed account of the reasons for separating from Britain. Respect for the opinions of people abroad was a statement of confidence that the scrutiny of the world would show that Americans were living up to the principles they espoused.

Such respect is harder to find today. Related trends in American exceptionalism have been underway for some time, but the Trump administration has carried the lack of respect to an extreme. On matters related to human rights and international law, that extreme is illustrated by actions the administration has taken regarding two international organizations in particular.

One is the International Criminal Court (ICC). Issues regarding the powers and jurisdiction of the court have lingered ever since its establishment in 2002 and underlie the United States not having become a party to its founding treaty. But no previous U.S. administration has gone into attack mode the way the Trump administration has, with Secretary of State Mike Pompeo denouncing the ICC as a “kangaroo court.”

Last month President Donald Trump signed an executive order imposing sanctions on ICC officials carrying out their duties of investigating possible war crimes. The extraordinary nature of this action was highlighted by a statement from 175 legal scholars and international lawyers, who said that sanctioning prosecutors and investigators rather than perpetrators of international war crimes is “wrong in principle, contrary to American values, and prejudicial to U.S. national security.”

The immediate stimulus for this latest instance of sanctions madness was the initiation by the ICC with the investigation into possible war crimes in Afghanistan—as committed by anyone, including the Taliban, and not just the United States or Afghan government forces. But the Trump administration’s hostility to the court has at least as much to do with providing cover for Israel. The administration even coordinated the sanctions with the Israeli government of Benjamin Netanyahu. There certainly is plenty for the ICC to investigate regarding, among other things, civilian casualties from the multiple rounds of Israeli fighting with Palestinians in Gaza.

The ICC is a court of last resort with the mission of handling war crimes that national authorities have failed, for whatever reason, to investigate and punish properly, if at all. Pompeo asserts, “When our own people do wrong, we lawfully punish those individuals, as rare as they are, who tarnish the reputation of our great U.S. military and our intelligence services.” That claim rings hollow since Trump’s pardon of court-martialed Navy Seal Edward Gallagher—and lauding of him at political rallies as one of “our great fighters”—despite the incriminating testimony of those who had worked with Gallagher in Iraq.

Israel and the United States don’t have room to complain about where the ICC had focused its investigations and prosecutions. After all, the overwhelming majority of people the court has indicted since its inception have been military and political figures in Africa.

Another multilateral body on which the Trump administration has focused attacks is the United Nations Human Rights Council. The council and its predecessor organization certainly have been more political than the ICC, and there is ample room for criticism of the council and its members regarding inconsistency of attention and implicit double standards. Providing cover for the policies of Israel has again been the main shaper of U.S. policy toward the council. More recently, however, some council members have turned their attention to alleged human-rights violations in the United States and an initiative by African states to investigate the same subject that has been the focus of street demonstrations in the United States over the past several weeks—“systemic” racism and police conduct.

The withdrawal had some of the quality of taking one’s ball and going home when the game hasn’t been going to one’s liking—except that the ball of human rights and the U.S. role in them is still very much in play. The move makes it look like the United States has something to hide.

Subjecting one’s conduct to scrutiny by bodies such as the ICC and Human Rights Council can aid the United States in living up to its own standards, values, and principles. The dynamic is the same as when external scrutiny is applied to other countries. The external spotlight boosts the courage and credibility of those on the inside who are working to uphold human rights.

Full participation in such bodies need not mean overlooking the shortcomings of the bodies themselves, nor does it mean accepting all the accusations levied against one’s own country. But it also doesn’t mean peremptorily dismissing accusations and refusing to recognize problems where problems exist. Unfair accusations should be rebutted, while the focus should be on steps being taken to correct genuine problems.

Participation in any part of the international human-rights scene need not mean subscribing to principles that are any less American than are expressed in the founding documents of the United States. An attempt by Pompeo to redefine human rights by establishing a “Commission on Inalienable Rights” looks suspiciously like an effort to elevate religious considerations over other rights. If so, then it would be more a reflection of Pompeo’s personal beliefs than of broader American values and could be more of a departure from rights enshrined in the Constitution than much of the discourse one might hear in international organizations.

There is still much value in giving a decent respect to the opinions of mankind.

Paul Pillar retired in 2005 from a twenty-eight-year career in the U.S. intelligence community, in which his last position was National Intelligence Officer for the Near East and South Asia. Earlier he served in a variety of analytical and managerial positions, including as chief of analytic units at the CIA covering portions of the Near East, the Persian Gulf, and South Asia. Professor Pillar also served in the National Intelligence Council as one of the original members of its Analytic Group. He is also a contributing editor for the National Interest.

Western exceptionalism, permissiveness is over- Lavrov