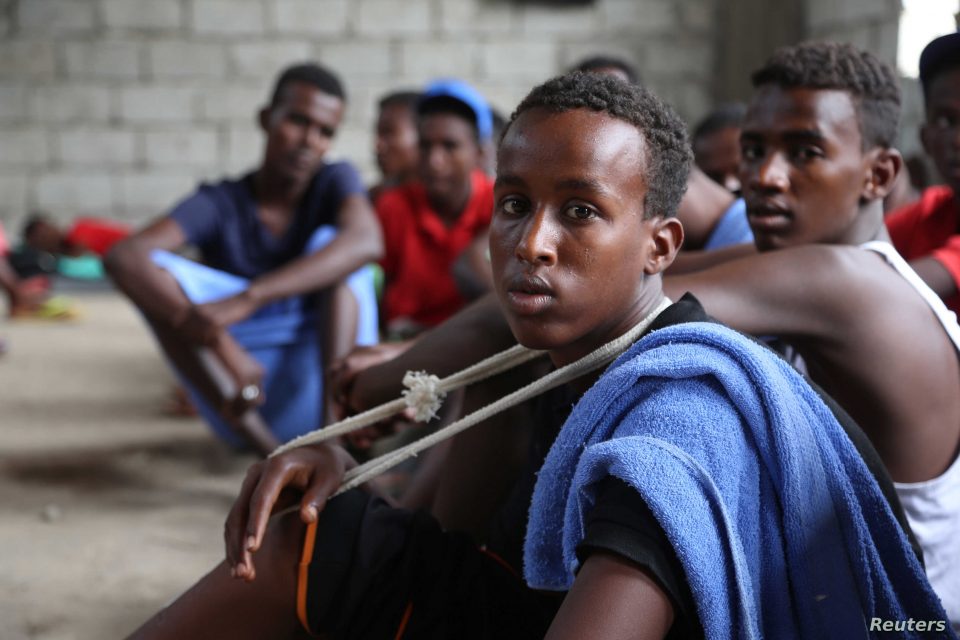 Information Minister Muammar Al-Iryani warned on Wednesday against the escalation of the Houthi militia’s recruitment of African refugees and illegal immigrants to fight in the war that threatens the security and stability of Yemen and the region.
The Minister of Information stated that confessions of Somali refugees who were recruited by the Houthi militia after they were captured by the Yemeni army reveal the way the militia recruits African refugees by threatening and torturing them.
The Houthis using African migrants to carry out logistical and espionage activities, and force them to fight alongside them and smuggling contraband, the minister said.
Al-Iryani said the Houthi militia’s exploitation of refugees and illegal immigrants from the Horn of Africa in military actions against the national army is a war crime and a crime against humanity. He added that these practices are a clear indication of their depletion of Houthi fighters and their inability to recruit more fighters from the tribes.
Al-Iryani called on the United Nations and the International Organization for Migration to explicitly condemn these crimes and violations committed by the Houthi militia against African refugees and migrants in violation of international laws.