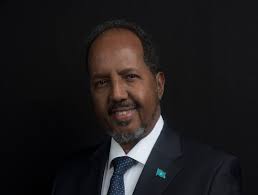 Somali parliament picked the president in a secret ballot inside a tent within the Halane military camp.

A former Somali president who was voted out of power in 2017 has been re-elected to the country’s top job after defeating the incumbent leader in a contest decided by legislators in a third round of voting.

Hassan Sheikh Mohamud, who served as Somali president between 2012 and 2017, won the contest in the capital, Mogadishu, amid a security lockdown imposed by authorities to prevent deadly militant attacks.

The first round of voting was contested by 36 hopefuls, four of whom proceeded to the second round.

With no candidate winning at least two-thirds of the 328 ballots, voting went into a third round where Mr Mohamud won by a simple majority.

Members of the upper and lower legislative chambers picked the president in secret balloting inside a tent in an airport hangar within the Halane military camp, which is protected by African Union peacekeepers.