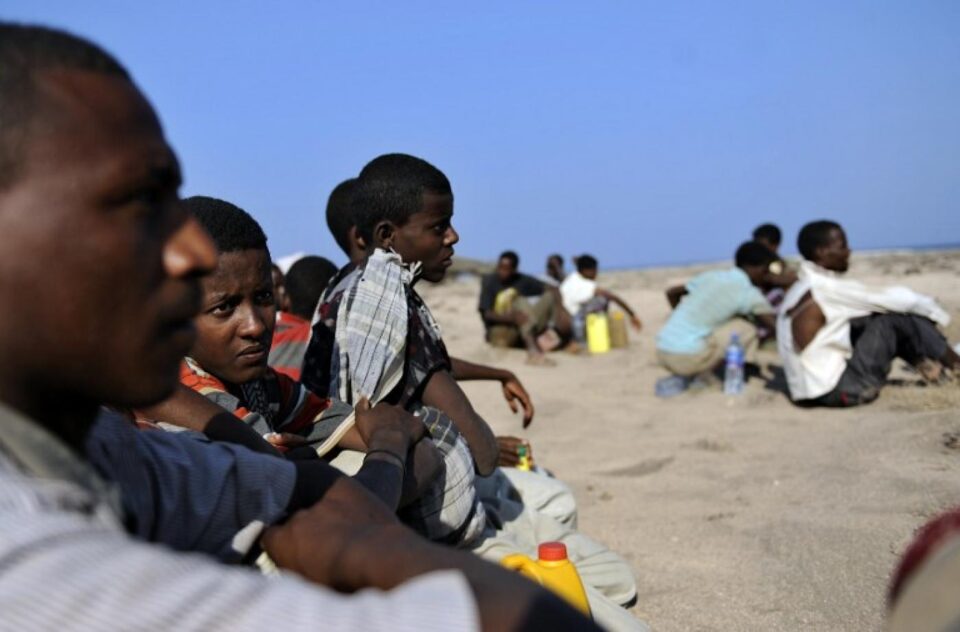 In the latest disturbing development in Yemen, more than 220 African migrants have been kidnapped from outside UN offices in Sanaa and taken to an unknown destination.

Among those missing are 55 women, Al Arabiya, quoting local sources, reported on Saturday. They had previously organized vigils in front of the UNHCR building, calling for an investigation into the deaths on March 7 of dozens of African migrants in an overcrowded detention center in Sanaa.

The migrants are among the thousands of Africans who make the dangerous journey to Yemen, a country wracked by insurgency, extremism, war and hunger.

Desperate for a better life, their goal is to make it to Saudi Arabia and find work there. But in Yemen, where the capital, Sanaa, and the northern part of the country are controlled by the Iran-backed Houthis, they experience unmitigated misery: torture, blackmail, sexual abuse and detention in veritable hellholes.

“This has been going on for a long time,” Matt Bryden, director of Sahan Research in Addis Ababa, told Arab News. “The route to Yemen is the primary route for human trafficking and smuggling out of the eastern Horn of Africa, catering mainly to Somalis and Ethiopians. Strangely, the numbers of migrants increased dramatically after 2015 at the start of the war in Yemen. Clearly, the breakdown of governance and border controls due to the conflict in Yemen was exploited by human traffickers.”

Most of the migrants from Ethiopia and neighboring countries are in search of economic stability, although some are escaping political repression. The violence and trauma for which the Ethiopia-to-Yemen route is notorious should deter people from undertaking the dangerous journey, but most of them probably have no idea of the degrading conditions that await them.

Recent data from the International Organization for Migration (IOM) shows that the number of migrants crossing to Yemen from the Horn of Africa dropped from a high of 138,213 in 2019 to 37,537 in 2020, mostly due to the coronavirus pandemic.

“Until the war erupted in Tigray, violence in Ethiopia was mainly in the region of Oromia,” said Bryden. “However, there’s no indication of large numbers of Tigrayans fleeing to Yemen.”

Refugees from Ethiopia’s Oromo tribe who were held in a detention center in Yemen told Human Rights Watch (HRW) that guards would sexually assault women, girls and boys regularly. A detained Ethiopian woman admitted that she still suffered pain after a guard beat her incessantly for refusing to have sex with him. She told HRW that she witnessed the rape of two of her friends by guards.

The deaths in the Houthi-run detention camp in Sanaa are a horrific reminder of the price African migrants pay for seeking temporary sanctuary in Yemen. HRW has urged the Houthi authorities “to hold those responsible to account and stop holding migrants in abysmal detention facilities.”