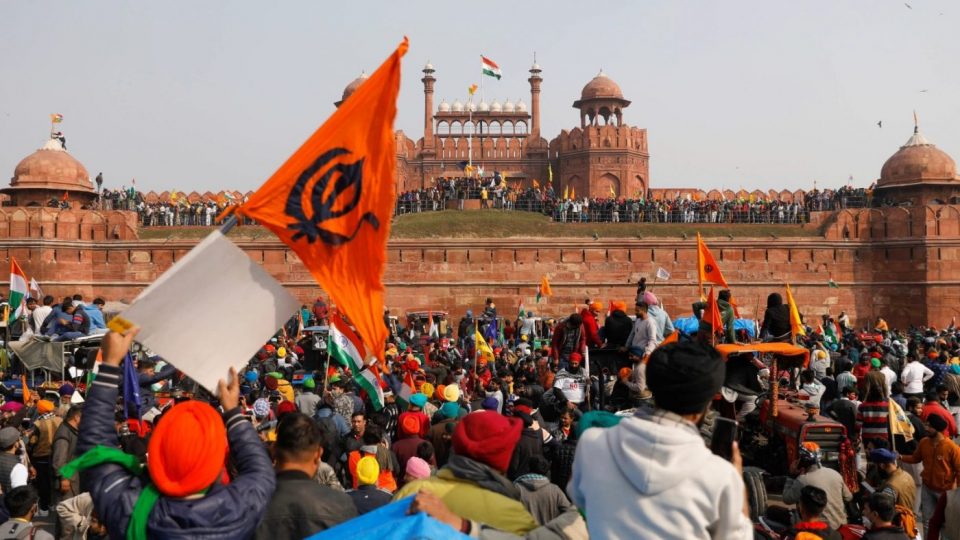 With over 800 million people, rural India is arguably the most interesting and complex place on the planet but is plagued by farmer suicides, child malnourishment, growing unemployment, increased informalisation, indebtedness and an overall collapse of agriculture.

Given that India is still an agrarian-based society, renowned journalist P Sainath says what is taking place can be described as a crisis of civilisation proportions and can be explained in just five words: hijack of agriculture by corporations.

He notes the process by which it is being done in five words too: predatory commercialisation of the countryside. And another five words to describe the outcome: biggest displacement in our history.

In late November 2018, a charter was released by the All India Kisan Sangharsh Coordination Committee (an umbrella group of around 250 farmers’ organisations) to coincide with the massive, well-publicised farmers’ march that was then taking place in Delhi.

“Farmers are not just a residue from our past; farmers, agriculture and village India are integral to the future of India and the world; as bearers of historic knowledge, skills and culture; as agents of food safety, security and sovereignty; and as guardians of biodiversity and ecological sustainability.”

The farmers stated that they were alarmed at the economic, ecological, social and existential crisis of Indian agriculture as well as the persistent state neglect of the sector and discrimination against farming communities.

They were also concerned about the deepening penetration of large, predatory and profit hungry corporations, farmers’ suicide across the country and the unbearable burden of indebtedness and the widening disparities between farmers and other sectors.

The charter called on the Indian parliament to immediately hold a special session to pass and enact two bills that were of, by and for the farmers of India.

If passed by parliament, among other things, the Farmers’ Freedom from Indebtedness Bill 2018 would have provided for the complete loan waiver for all farmers and agricultural workers.

The second bill, The Farmers’ Right to Guaranteed Remunerative Minimum Support Prices for Agricultural Commodities Bill 2018, would have seen the government take measures to bring down the input cost of farming through specific regulation of the prices of seeds, agriculture machinery and equipment, diesel, fertilisers and insecticides, while making purchase of farm produce below the minimum support price (MSP) both illegal and punishable.

The charter also called for a special discussion on the universalisation of the public distribution system, the withdrawal of pesticides that have been banned elsewhere and the non-approval of genetically engineered seeds without a comprehensive need and impact assessment.

Other demands included no foreign direct investment in agriculture and food processing, the protection of farmers from corporate plunder in the name of contract farming, investment in farmers’ collectives to create farmer producer organisations and peasant cooperatives and the promotion of agroecology based on suitable cropping patterns and local seed diversity revival.

Now in 2020, rather than responding to these requirements, we see the Indian government’s promotion and facilitation of – by way of recent legislation – the corporatisation of agriculture and the dismantling of the public distribution system (and the MSP) as well as the laying of groundwork for contract farming.

Although the two aforementioned bills from 2018 have now lapsed, farmers are demanding that the new pro-corporate (anti-farmer) farms laws are replaced with a legal framework that guarantees the MSP to farmers.

According to an article by the Research Unit for Political Economy (RUPE), it is clear that the existence of MSPs, the Food Corporation of India, the public distribution system and publicly held buffer stocks constitute an obstacle to the profit-driven requirements of global agribusiness interests who have sat with government agencies and set out their wish-lists.

Any large reduction in these stocks will almost certainly affect world prices: farmers would be hit by depressed prices; later, once India became dependent on imports, prices could rise on the international market and Indian consumers would be hit.

At the same time, the richer countries are applying enormous pressure on India to scrap its meagre agricultural subsidies; yet their own subsidies are vast multiples of India’s. The end result could be India becoming dependent on imports and the restructure of its own agriculture to crops destined for export.

Vast buffer stocks would still exist; but instead of India holding these stocks, they would be held by multinational trading firms, and India would bid for them with borrowed funds.”

Successive administrations have made the country dependent on volatile flows of foreign capital and India’s foreign exchange reserves have been built up by borrowing and foreign investments. The fear of capital flight is ever present. Policies are often governed by the drive to attract and retain these inflows and maintain market confidence by ceding to the demands of international capital.

This throttling of democracy and the ‘financialisation’ of agriculture would seriously undermine the nation’s food security and leave almost 1.4 billion people at the mercy of international speculators and foreign investment.

But agricapital’s free-for-all bonanza and the planned displacement of tens of millions of cultivators mirrors what has been happening across the world for many decades: the consolidation of a global food regime based on agro-export mono-cropping (often with non-food commodities taking up prime agricultural land) linked to sovereign debt repayment and foreign exchange inflows and earnings and World Bank/IMF ‘structural adjustment’ directives.

The outcomes have included a displacement of a food-producing peasantry, the dominance of Western agri-food oligopolies and the transformation of countries from food self-sufficiency to food deficiency. Little wonder then that among the owners of global agribusiness family firm Cargill 14 are now billionaires – the very company that profited from running down India’s edible oils sector in the 1990s.

It is not that India needs these people. It is already the world’s largest producer of milk, pulses and millets and the second-largest producer of rice, wheat, sugarcane, groundnuts, vegetables, fruit and cotton. This is despite India’s farmers already reeling from the effects of 30 years of neoliberal policies, decades of public underinvestment/disinvestment and a deliberate strategy to displace them at the behest of the World Bank and predatory global agri-food corporations.

If unrepealed, the recent legislation represents the ultimate betrayal of India’s farmers and democracy as well as the final surrender of food security and food sovereignty to unaccountable corporations. This legislation is wholly regressive and will eventually lead to the country relying on outside forces to feed its population – and a possible return to hand-to-mouth imports, especially in an increasingly volatile world prone to conflict, public health scares, unregulated land and commodity speculation and price shocks.

A shift towards food sovereignty – encompassing local people’s right to healthy and culturally appropriate food and their ability to define and control their own food and agriculture systems – is key to achieving genuine independence, national sovereignty, food security and facilitating farmers’ demands.

Colin Todhunter is an independent journalist who writes on development, environmental issues, politics, food and agriculture. In August 2018 he was named as one of 400 Living Peace and Justice Leaders and Models by Transcend Media Services, in recognition of his journalism. Join him on Twitter.