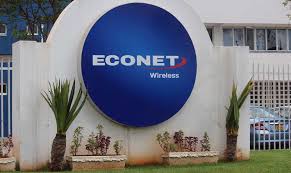 Econet Global Ltd., owned by Zimbabwean billionairetrive Masiyiwa, is keen to acquire a telecommunications license in Ethiopian, which is opening up the industry to foreign investment for the first time.

The Horn of African nation has announced plans to sell as much as 49% of the state-owned monopoly, Ethiopian Telecommunications Corp., and issue two new spectrum licenses. Carriers including Orange SA, MTN Group Ltd. and Vodacom Group Ltd. have already shown interest in the nation of more than 100 million people, which has a relatively low level of data penetration and internet access.

“Econet, through a number of its subsidiaries, is actively developing interests in Ethiopia,” a company spokesman said in an emailed response to questions. “Given that there is a competitive process on new licenses, it would not be appropriate at this stage to discuss our own positioning.”

Econet has operations in Africa in Zimbabwe, Lesotho and Burundi, and investments in Europe and South America. Masiyiwa’s Liquid Telecoms, Africa’s biggest fiber company, has assets across the continent.

The government of Prime Minister Abiy Ahmed had scheduled the liberalization of the industry for early this year, but delayed the process because of elections to be held in August and also to give bidders for the new licenses more time to prepare. It has yet to provide guidance on the exercise, including any limits on foreign ownership.

The deadly Gaacidh forest fire is yet contained