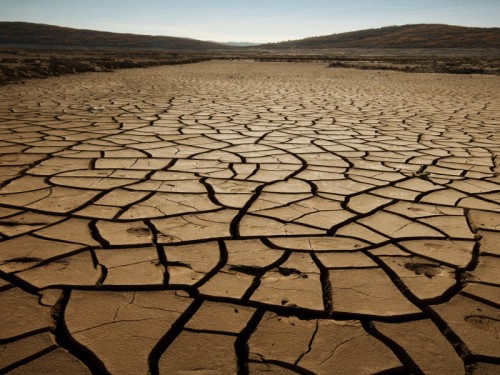 There will be Water Wars. It will come as surely as deforestation is worsening.  And at one point in the future, the level of freshwater resources available will become scarce. There are already many debates over whether we currently abuse non-renewable resources, but the most important of these resources is probably freshwater.

Freshwater is the basis of human survival, and agricultural/industrial operations. Future politicians are going to have to make ground-breaking decisions on how to preserve enough freshwater resources for their country, and one option would be to wage war against others — to the death.

The Air Not Fit to Breathe

Without trees, humans would not be able survive because the air would be unsuitable for breathing. If anything, people would have to develop gas masks that filter the little oxygen that would be left in the air. Trees are a crucial part of the carbon cycle, a global process in which carbon dioxide constantly circulates through the atmosphere into organism and back again.

Carbon is the second most valuable element to life, you know, after water. Anyway, trees take carbon from the atmosphere through photosynthesis in order to make energy. This carbon is then either transferred into oxygen and released into the air by respiration or is stored inside the trees until they decompose into the soil. Therefore, the absence of trees would result in significantly HIGHER amounts of carbon dioxide in the air and LOWER amounts of oxygen!

The filthy air would also be full of airborne particles and pollutants like carbon monoxide, sulfur dioxide and nitrogen dioxide and its temperature may increase by up to 12 F.

If the air hadn’t already wiped out everybody, the next disastrous consequence of deforestation is its damaging effect on soil. According to the Food and Agriculture Organization, 2.5 billion people depend on agriculture for their livelihood. If deforestation get its way, those people won’t be the only ones affected. The soil would become full of dangerous chemicals and pollutants that are usually filtered by trees.

In addition, soil erosion is currently prevented by trees because they protect the land. However, soil would be unprotected, and vulnerable to reduction in soil quality and top soil nutrients. Soil erosion would become more prevalent, and eventually all the soil will lose its arability and agriculture will fall…leaving us people to starve.

Arid conditions will surface not only because of dangerous unfiltered substances, but also because at one point it will rarely rain. Sounds crazy, right? During the “dry season,” trees regulate and anchor the dirt by releasing water.

Deforested areas, however, are liable to chronic droughts that obstruct river navigation, disrupt industrial operations and kill crop production all together. Storm water runoff (if it rains) not reduced, but increased which will contribute to small floods and topsoil erosion.

Furthermore, trees add humidity into the air through transpiration — but the lack of trees results in the lack of moisture in the air.

Of course, if there aren’t trees, there won’t be any products you can get from them. We use and waste paper everyday without realizing we’re helping to kill four billion trees cut down every year.

Food harvested from trees like fruits, nuts, berries (and maple syrup) would be nonexistent as well. Other causes of deforestation today include agricultural expansion, infrastructure expansion, conversion to cropland/pasture and the construction of roads. Moreover, countries are forced to increase the rate of forest loss by population pressures, profits, and internal social/political influences.

Dr. Michael A. Bengwayan wrote for the British Panos News and Features and GEMINI News Service, the Brunei Times, and US Environment News Service. In the Philippines, he wrote for DEPTHNews of the Press Foundation of Asia, Today, the Philippine Post, and Vera Files. A practicing environmentalist, he holds postgraduate degrees in environment resource management and development studies as a European Union (EU) Fellow at University College, Dublin, Ireland. He is currently a Fellow of Echoing Green Foundation of New York City. He now writes for Business Mirror and Eurasia Review.