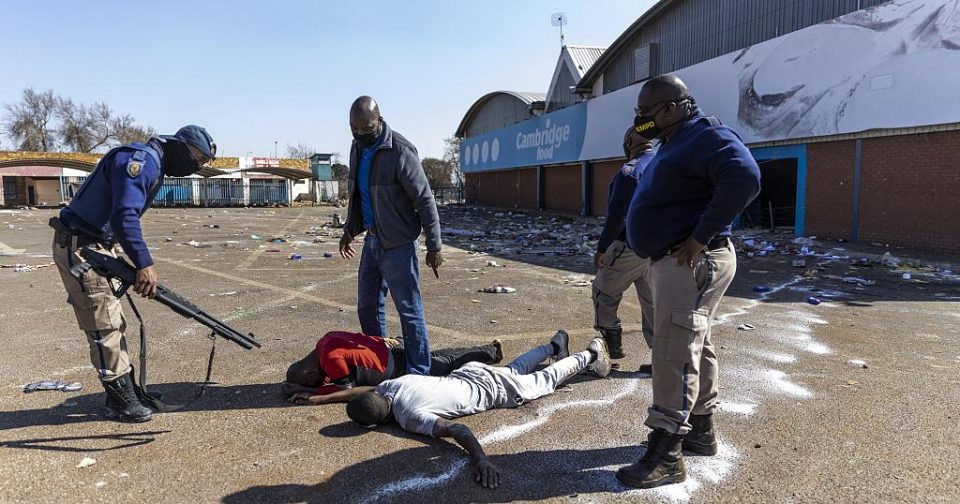 The army was called in on Monday to contain the violence in South Africa, on the fourth day of violence initially triggered by the imprisonment of former president Jacob Zuma and which has already left at least ten people dead.

Incidents broke out on Friday in Zulu country, where Mr Zuma is originally from and where he was imprisoned after being sentenced to 15 months for contempt of court.

Since then, the unrest has spread to the poorer areas of Johannesburg where Mr Zuma’s fate is largely irrelevant.

President Cyril Ramaphosa has appealed to South Africans to consider the consequences of their actions.

“The path of violence, of looting and anarchy leads only to more violence and devastation. As well as suffering, it leads to more poverty, more unemployment and more loss of innocent life. This is not who we are as South Africans, this is not us.” President Ramaphosa said.

“It is therefore a matter of vital importance that we restore calm and stability to all parts of the country without any delay.” he stressed.

The sporadic pro-Zuma protests broke out when he handed himself over last week and have since escalated into looting and arson. Police say at least 500 suspects have been arrested.

It is a chaos of “criminals and opportunistic individuals” at work, as a police spokesman put it, targeting shopping centres and shops.

They take away giant TVs, food, mattresses, fridges and anything else they can get their hands on, stepping over a brand new pink children’s bike or balancing a bathtub on their heads, according to AFP journalists at several sites. Five Somalis among the dead reported by the Somali community in South Africa.