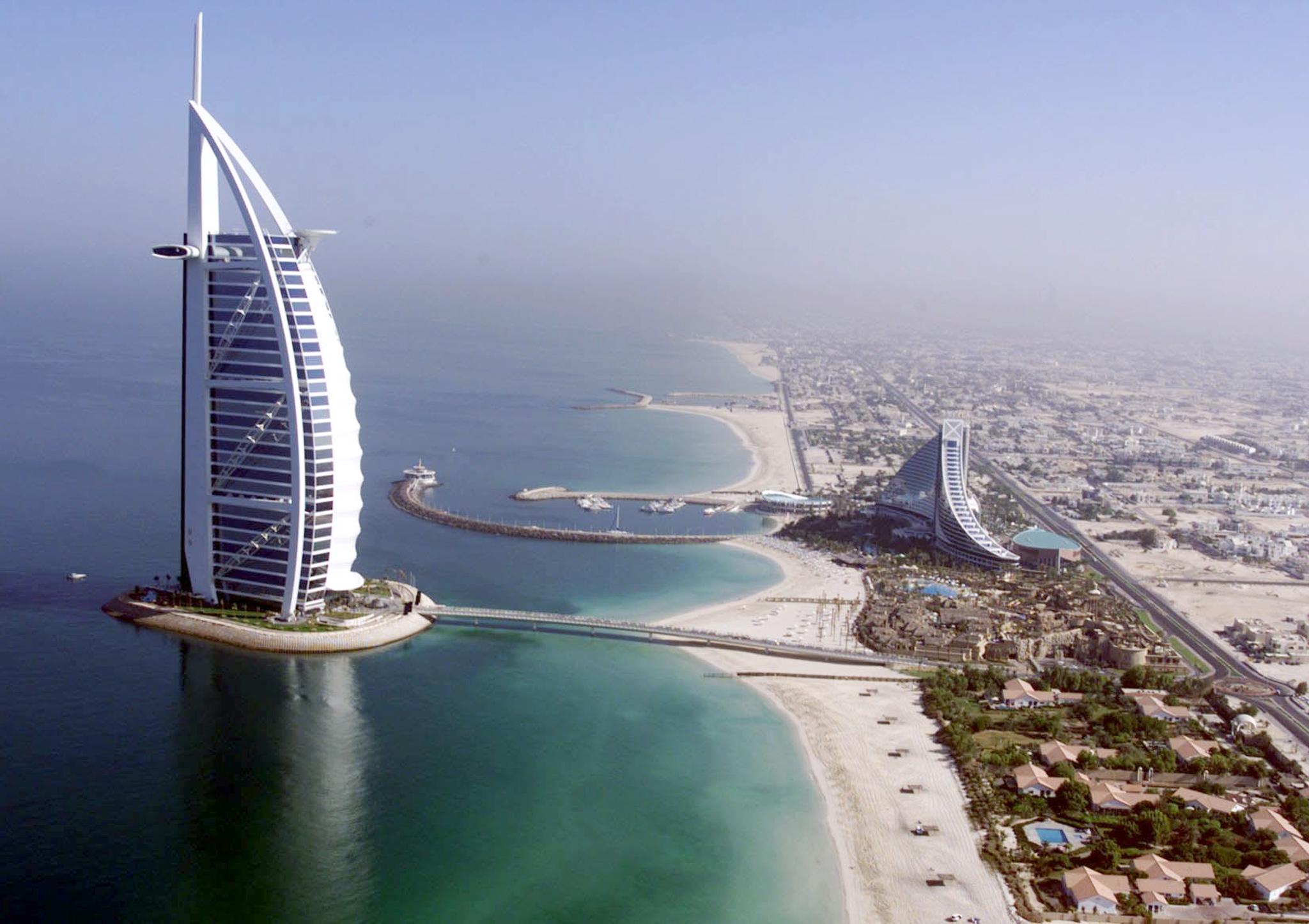 A recent bombshell report revealed that the UAE has become a hub for Chinese intelligence on Uyghurs in the Middle East. The abusive operations shed even more light on Abu Dhabi’s atrocious human rights record.

A member of the Uyghur community living in Turkey joins a protest against China, Feb. 26, 2021. A recent report presents evidence that China is operating secret detention centers in the UAE that target Uyghurs. (AP Photo)

China is operating a covert “black site” in the United Arab Emirates (UAE) to round up, interrogate, and deport dissidents and Uyghur Muslims, according to a bombshell report by the Associated Press (AP).

“Black sites” are essentially clandestine prisons, where detainees are stripped of their legal rights and subjected to measures beyond the reach of the criminal justice system, including torture and other forms of abuse. They are not only widely used by repressive authoritarian regimes, such as China and Egypt, but also have come to symbolize the moral and legal excesses of the United States’ “war on terror.”

The detainment of a young Chinese woman, who was held for eight days at a secret Chinese government run detention facility in Dubai, along with at least two Uyghurs, may constitute the first piece of evidence that China is operating “black sites” beyond its borders – and that the UAE is offering up its sovereignty to despotic regimes.

The report states that 26-year-old Wu Huan – a Chinese citizen whose fiancé is considered a dissident by Beijing – was abducted from a hotel in Dubai and detained by Chinese officials at a villa converted into a jail. While there, she saw and heard two other detainees, both of whom were Uyghurs.

The abduction took place on May 27, after Chinese officials interrogated Wu at her hotel, the Element al-Jaddaf, where she was handed over to Dubai police and then taken to the Bur Dubai police station. Wu Huan, a Chinese citizen, speaks to AP during an interview on June 30, 2021. Wu said she was abducted from a hotel in Dubai and detained by Chinese officials at a villa converted into a jail. (AP Photo)

On the third day of her detainment, an official from the Chinese Consulate introduced himself as Li Xuhang and asked whether she had accepted money from foreign groups or actors working against Chinese interests.

“I said, ‘No, I love China so much. My passport is Chinese. I’m a Chinese person. I speak Chinese. . . . How could I do that?’” Wu explained in disbelief.

Despite her protestations of innocence, Wu was handcuffed and taken by the Chinese Consulate official to a villa compound she recognized from previous trips to Dubai as International City, which is popular among Chinese expatriates. The villa had been transformed into a prison, with each bedroom converted into a holding cell.

“Firstly, there’s no sense of time,” Wu told the Associated Press. “And second, there’s no window, and I couldn’t see if it was day or night.”

Wu was interrogated in her cell, repeatedly – and told she would never be allowed to leave. She was given a cell phone and ordered to call her fiancé and the head of ChinaAid, a Christian non-profit organization that had been assisting the couple, presumably so Chinese officials could trace the location of her fiancé.

Based on the AP report, it appears the UAE government is allowing its sovereignty to be used for authoritarian regimes to interrogate, and likely torture and forcibly disappear, Chinese or other foreign nationals on its soil. This revelation comes barely four months after the Arab Gulf state announced an agreement with China to work together in combatting terrorism, religious extremism, and to make more efforts in the field of “de-radicalization.”

In the age of the “war on terror,” de-radicalization has become a fig leaf term for a violent counter-extremism policy used almost exclusively against restive Muslim populations by governments across the world. Particularly, those that posit conservative or hyper-religious Islamic practices and beliefs to be a gateway to terrorism or separatism.

China has adopted a counterterrorism framework to incarcerate millions of Uyghur Muslims in the Xinjiang Autonomous Zone.

China has adopted this counterterrorism framework to incarcerate millions of Uyghur Muslims in the Xinjiang Autonomous Zone, and the UAE has done likewise in the post-Arab Spring era to crackdown on its critics and those with ties to the Muslim Brotherhood.

In 2019, the UAE was one of a dozen Muslim majority countries to sign a letter expressing support for China’s “counterterrorism” and “de-radicalization” efforts against Uyghur Muslims, and even praising the concentration camps by falsely arguing they had brought “peace and stability” to Xinjiang.

The document was undoubtedly an absurdity, since survivor testimonies and leaked Chinese government documents prove Uyghur detainees are being subjected to torture, sexual abuse, forced sterilization, family separations, and involuntary adoptions, along with an array of other horrors, including organ harvesting.

Predictably, the UAE government has denied allowing China to operate “black sites” on its territory, saying it “does not detain any foreign nationals without following internationally accepted enforcement processes.” But this is a demonstrable lie. In fact, human rights groups have documented dozens of instances in which foreign nationals have been arbitrarily detained in the UAE for years without charge or trial.

For example, in its 2020 report on human rights violations in the UAE, Human Rights Watch stated that foreign nationals caught up in cases or suspicions related to state security, “were at serious risk of arbitrary and incommunicado detention, torture, and ill-treatment, prolonged solitary confinement, and denial of access to legal assistance.”

“Forced confessions were used as evidence in trial proceedings, and prisoners complained of dismal conditions and inadequate medical care,” the report further assessed.

Moreover, China ratified an extradition treaty with the UAE in 2002 and a judicial cooperation treaty in 2008. Together the agreements have been used to deport Uyghurs back to China, including those the Dubai public prosecutor has deemed innocent of charges made by the Chinese government, as revealed in an investigation by CNN in June.

Former Uyghur residents of Dubai have called the UAE a “hub for Chinese intelligence on Uyghurs in the Middle East.”

It’s for this reason former Uyghur residents of Dubai have called the UAE a “hub for Chinese intelligence on Uyghurs in the Middle East.”

“There is no doubt that the UAE has detained people on behalf of foreign governments with whom they are allied,” Rahida Stirling, founder of the advocacy group Detained in Dubai, told AP. “I don’t think they would at all shrug their shoulders to a request from such a powerful ally.”

CJ Werleman is a journalist, published author, political commentator, analyst on conflict and terrorism, and activist who has dedicated his career to exposing discrimination and injustices against Muslim communities around the world. @cjwerleman