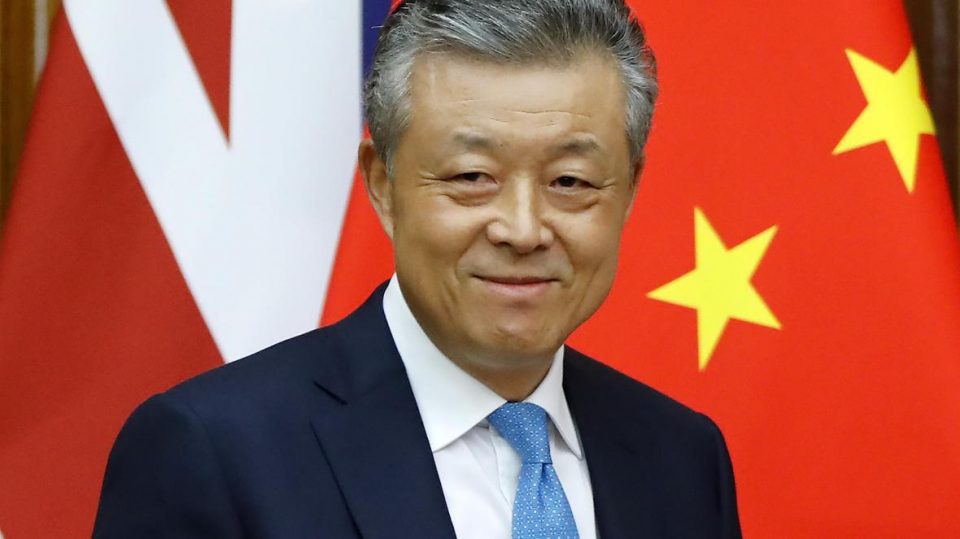 China’s ambassador to the UK has insisted the Uighur people live in “peaceful and harmonious coexistence with other ethnic groups”, as he was confronted with footage of shackled prisoners being herded on to trains in Xinjiang.

Drone footage recently emerged of hundreds of blindfolded and shackled men, who appeared to be Uighur and other minority ethnic groups, being led from a train in what was believed to be a transfer of inmates in Xinjiang last August.

Shown the pictures by the BBC’s Andrew Marr, Liu Xiaoming said: “I do not know where you get this videotape,” adding, “sometimes you have a transfer of prisoners, in any country.”

“Uighur people enjoy peaceful, harmonious coexistence with other ethnic groups of people,” he said, adding: “We treat every ethnic group as equal.”

Shown an interview with a woman who said she had been subjected to forced sterilisation, he blamed such reports on “some small group of anti-China elements”.

“There’s no, so-called, pervasive, massive, forced sterilisation among Uighur women in China,” he said. But he conceded: “I cannot rule out single cases. For any country, there’s single cases.”

China’s human rights record in Xinjiang has provoked growing international condemnation. Earlier this month, the US imposed sanctions on Chinese officials in protest at the treatment of the Uighurs and other minority groups, including Kazakhs.

The UK shadow foreign secretary, Lisa Nandy, interviewed by the BBC after Xiaoming, said it appeared China was engaged in genocide.

“It certainly looks that way,” she said, describing China’s actions as “the deliberate persecution and killing of a large group of people on the basis of their ethnicity of nationhood”. She urged the UK government to echo the US’s approach, and impose unilateral sanctions.

The UK foreign secretary, Dominic Raab, asked whether he believed genocide was the right description, said: “with genocide, it’s such a specific definition you have to be very careful. But the fact is, whatever the legal label, it is clear that there are gross, egregious human rights abuses going on. Which is why at the UN we raised this with 27 partners, to call out the government China for its human rights abuses of the Uighurs, also Hong Kong.

“The reports of the human aspects of it, from forced sterilisation to the re-education camps, are reminiscent of something we have not seen for a long, long time. And this is from a leading member of the international community, who wants to be taken seriously, and whom we want a positive relationship. But we cannot see behaviour like that and not call it out, albeit with our partners and in the right way.”

As well as flatly denying the persecution of the Uighur, Xiaoming expressed anger at Boris Johnson’s decision to exclude Huawei from the UK’s 5G network by the end of 2027, suggesting it showed London was “dancing to the tune” of Washington.

“We are still evaluating the consequences. This is a very bad decision,” he said.