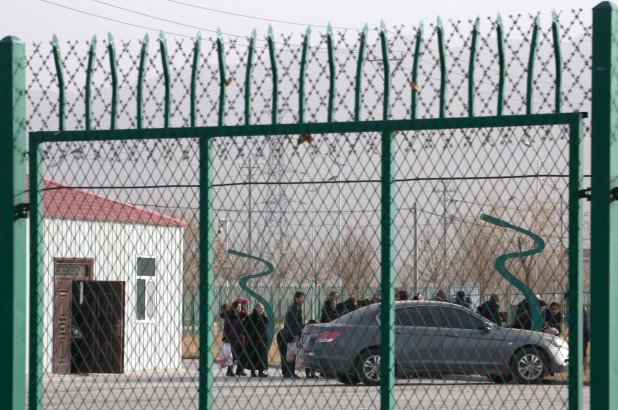 The Chinese government is banning BBC News from landing in its country after the British outlet published an explosive story on alleged torture and rape occurring in Uighur concentration camps.

The decision comes one week after Ofcom, the media regulator of the United Kingdom had nixed a license for the state run China Global Television Network (CGTN) to air in the UK.

A Thursday statement from China’s National Radio and Television Administration (NRTA) accused the BBC of not meeting the government’s standards for reporting — including that it allegedly undermined China’s national unity.

“After investigation, the relevant content of BBC World News’s China-related reports seriously violated the relevant provisions of the ‘Regulations on the Administration of Radio and Television’ and the ‘Administrative Measures for the Landing of Overseas Satellite TV Channels,’ violated the requirements that news should be truthful and fair, harmed China’s national interests and undermined China’s national unity,” the NRTA said in the statement.

The authority went on to state that the BBC does not meet its standards of “foreign channels in China, the State Administration of Radio and Television does not allow BBC World News to continue to land in China and will not accept its application for landing in the new year.”

The BBC said it was “disappointed” in the move while British Foreign Minister Dominic Raab blasted the decision as “an unacceptable curtailing of media freedom,” according to Reuters.

However, the BBC has never been allowed to broadcast in mainland China or directly into most Chinese homes. It is mostly available via satellite in international hotels and the homes of some foreigners and upper echelon citizens.

The BBC’s report on the Uighurs included alleged former detainees who claimed horrific abuses like raping women with electrocuting instruments, as well as forcing others to watch a woman being raped.

The US State Department responded by saying it was “deeply disturbed by reports, including firsthand testimony, of systematic rape and sexual abuse against women in internment camps for ethnic Uighurs and other Muslims in Xinjiang.”

The nature of China’s repressive security apparatus makes it difficult to report on the workings of the mass detention camps in Xinjiang.

At the end of former President Trump’s administration, the State Department formally accused China of genocide.