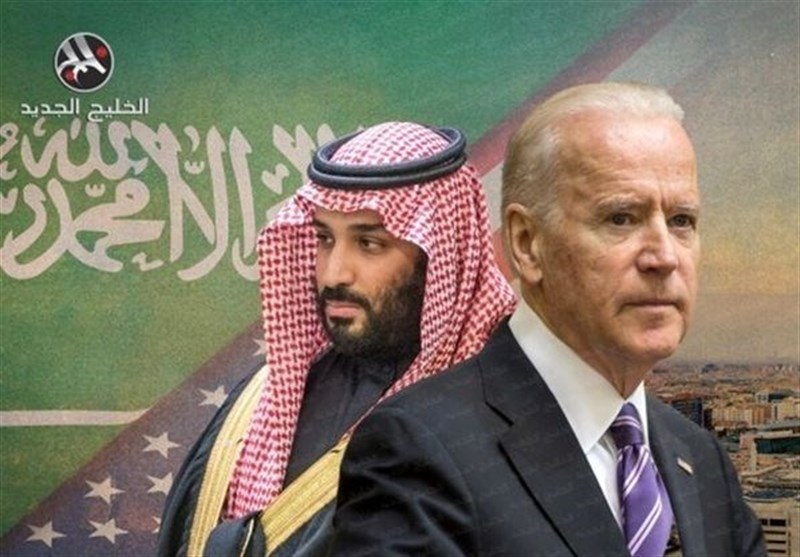 The Biden administration has pulled three Patriot missile batteries out of Saudi Arabia and is ending the permanent stationing of an aircraft carrier in the region.

According to the government, the Patriots and the carrier are needed elsewhere but it has not said where or how urgently. These steps surely expose Saudi Arabia to great danger from the Houthis in Yemen and the Saudis’ principal adversary, Iran.

The Biden administration’s steps coincide with China’s signing a long-term strategic and economic deal with Iran.

This deal, which involves the oil and gas trade, directly undermines the remaining US sanctions on Iran and signals American allies in Europe that they better hurry back into Iran if they want any piece of Iran’s energy and trade.

Nor has the Biden administration complained about the China-Iran deal. The only comment from the administration was to note that China and the US share the same goal of opposing Iran’s acquisition of nuclear weapons.

Many foreign policy experts are scratching their heads as to why the Biden administration has chosen to ostracize Saudi Arabia and undermine a long-term strategic, military and economic relationship with the kingdom and other pro-American Gulf states.

One explanation is that the administration is going all out to persuade Iran that the US can be a good future partner. Iran, in this strategic perspective, is the only “real” power in the Persian Gulf.

In this context, the only choices are to fight Iran or try to work deals with the mullahs’ regime.

The other countries, Saudi Arabia, UAE, Oman, Qatar are oil suppliers, but are weak militarily. Iran, by contrast, not only is strong militarily but directly and through its proxies is close to taking over Iraq, effectively controls Lebanon through Hezbollah and is a key player in Syria.

The administration has no ability to change these “facts,” so it is apparently trying something different.

Another explanation is more local in the sense that the Saudi kingdom is, in the administration’s view, not progressive and can’t provide alternative leadership in the region.

Moreover, Saudi Arabia’s chronic human rights abuses and the Jamal Khashoggi murder loom large in Biden’s calculations.  The president has made no secret of his feelings towards Mohammad bin Salman or the Saudi kingdom.

Surprisingly, the Biden administration has not consulted Israel about these crucial military moves. Iran has made no secret of its desire to destroy Israel if it can.

Furthermore, Iran has armed Hezbollah and Shiite militias in Iraq with increasingly long-range precision missiles that can be aimed at Israel. Iranian Republican Guard Corps troops are operating in Syria and have been trying to position themselves and their missiles as close to Israel as possible, leading to a number of Israeli airstrikes against the growing threat.

Yet the Biden administration has done little other than to encourage certain Middle Eastern countries to stay away from the Abraham Accords that have already normalized ties between Israel and the UAE and Israel and Bahrain, and the separate recognition deals with Israel involving Morocco and Sudan.

Lurking behind the Biden administration’s approach is a desire not to “offend” Iran and not to support Israel’s Prime Minister Benjamin Netanyahu, who is regarded as a strong Trump ally.

Meanwhile, Saudi Arabia faces tough times unless it can find a way to replace its air defense shield.

One option is to buy the S-400 missile defense system from Russia. The Saudis tried this a few years ago but ran into stiff resistance from Washington.

The US will probably complain again if the kingdom makes any progress on arms deal with the Russians, either on the S-400 or a number of other Russian air defense systems such as the Pantsir ADS or the SA-17 BUK-M3.

Another option could be buying air defense systems from Israel, many of which would no doubt be attractive to the kingdom. Some of them, however, such as Iron Dome and Arrow, require US export licenses.

But one system could prove to be extremely attractive to Saudi Arabia – the Rafael Advanced Defense Systems’ Spyder SR and Spyder ER (Extended Range).  The Spyder system uses an Israel Python-5 interceptor missile with a dual infrared seeker and an I-Derby radar interceptor for Beyond Visual Range and ER applications.

Python and Derby are Israeli homegrown air-to-air missiles that have been adapted for ground-to-air use.  The Spyder system is mobile and fast-reacting and its missiles can be locked on to a target before or after launch. These missiles are particularly effective against high maneuvering targets.

For Saudi Arabia to do a deal with Israel, the unofficial Saudi-Israeli relationship would need to be upgraded, probably to real diplomatic status. Making such a deal happen will be tricky.

Even though the Saudis have downplayed the importance of the Al Aqsa Mosque in Jerusalem, there is still the Palestinian issue that the Saudis want to see solved before moving forward with Israel.

However, the tempo of events and the inability of the Palestinians to work out a comprehensive deal with Israel leaves the Saudis asking for what they can’t get.

Meanwhile, any semblance of broader stability in the Middle East and Gulf states has been significantly undermined by the recent Biden administration’s unilateral actions in the region.

Others who depend on US security assurances and relationships will take note of the lack of American reliability, or at least its willingness to throw off long-term allies and friends.

This will have broader geopolitical ramifications, as allies and friends of the US will look to do deals with potential adversaries to protect themselves.