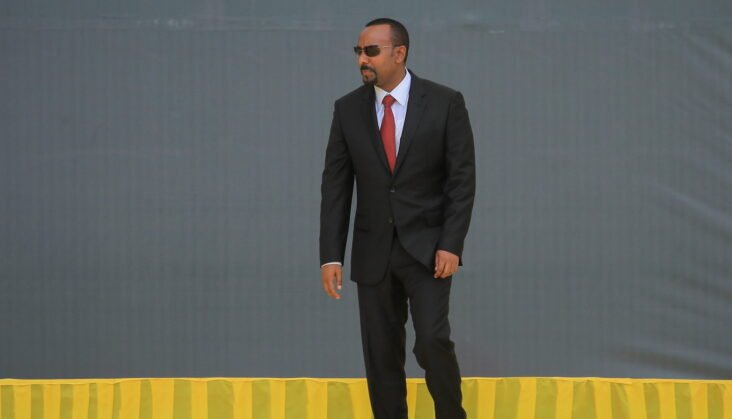 A theologian’s criticisms of the Prime Minister are disingenuous and based on invalid reasoning.

In his recent Ethiopia Insight article, evangelical theologian Naol Befkadu gave six reasons to explain why he is demanding that Abiy Ahmed resigns from his position as Prime Minister of Ethiopia. Looking at his arguments that are full of subjective judgments, invalid premises, and one-sided narratives, I believe that the writer penned the article more under a pro-Tigray People’s Liberation Front (TPLF) influence than out of pastoral concern.

Naol seems to have swung between extreme emotions as he wrote the article. He begins by lavishly praising Abiy and then leaves no stone unturned in tarnishing his reputation. I question whether such “consolation” at one point and “desolation” at another—to use theological terms of St. Ignatius Loyola—is coming from a discerning theologian.

It is unbecoming of a theologian to rush to judgment rather than provide understanding as to what brought about this supposed drastic change in Abiy’s behavior. The author accuses Abiy of being driven by egomania. It is not uncommon to hear such pejorative language coming from those who oppose the Prime Minister. It is surprising, however, to hear it coming from a theologian like Naol, who is supposed to exercise more caution in his use of language.

I have little to say about the supposed “political infiltration” of the Ethiopian Gospel Believers Churches’ Council by supporters of Abiy. Because this accusation was directed at the council and its leadership, it is up to the council to respond to it. I must confess, though, that I was dumbfounded by Naol’s accusation that Abiy is trying to silence and control the church.

Contrary to this claim, Abiy deserves praise for championing the right to freedom of belief in Ethiopia. He should be commended for uniting the Orthodox Church, which is by far the most influential Church in Ethiopia. Abiy should also be credited for narrowing the gaps between various Muslim communities and giving them equal recognition before the law.

f Abiy intended to use the church or the mosque for his political power, he would have continued the EPRDF/TPLF legacy of dividing the Orthodox Church and sowing distrust among Muslim brothers. Why, then, should Abiy be accused of infiltrating the council when he has left the two most influential religious groups at liberty?

Here is another problematic statement:

“Your time in power has not favored the church and has instead silenced it into supporting your war. You have forced the church of Jesus Christ to align with you in your politically motivated war.”

Such an accusation hurled at the church is crude, if not outrageous. Silence does not necessarily mean complicity. Silence could instead mean giving time for the truth to emerge over time. Faced with contradicting narratives on the Tigray war, in which both warring parties are engaged in information warfare, silence is probably a sign of prudence, not the opposite.

The theologian Naol, who quoted St. Augustine in his article, does not seem to understand the concept of time. The silence of Jesus before Pilate did not mean that he was complicit in the suffering he had to undergo. He knew that, through time, the truth would triumph.

As I read Naol’s arguments blaming Abiy for the Tigray war and the accompanying humanitarian disaster, I wondered if he had remained faithful to his call as a theologian. Theological views are supposed to distance themselves from sentimental judgments and group influence as much as possible. Objectivity, balance, and truth are supposed to be their guiding principles.

As a theologian, Naol’s task is therefore to admonish both sides equally for their failures. Instead, Naol refers to a personal truth that appeals solely to pro-TPLF elements. Rather than explaining facts from an impartial point of view, Naol piles accusations without reservation on Abiy and Eritrea’s President, Isaias Afwerki, but downplays the TPLF’s role in exacerbating the crisis. In doing so, his article falls short of the truth in the theological sense.

The author upped the ante and went on to accuse Abiy—in a rather shocking manner, based on a wildly exaggerated implication of a statement made by Abiy—of saying that he “would rather sacrifice many people than give up [his] position.” In the video Naol cited, Abiy was saying that Ethiopia will continue to exist despite sacrifices being made. Nowhere has Abiy said that he will keep his power by the sacrifice of others or anything of that nature. Naol is putting words in Abiy’s mouth, and this is not expected from a theologian.

After pouring so much lavish praise on Abiy for initially opening up the political space, Naol then jumps to the conclusion that there is currently no space for peaceful political activity in Ethiopia. Naol fails to recognize that the problem in Ethiopia was not so much a shrinking political space as an overstretched political space. After Abiy came to power, Ethiopians were permitted to exercise more democratic rights than had been the case under the EPRDF. Speeches that amounted to hate speech or incitement were tolerated lest it would affect the nascent exercise of democracy. This was seen, for example, during the months leading up to the assassination of artist Hachalu Hundessa.

Accusing Abiy of narrowing political space is disingenuous, if not cynical. The Oromo Liberation Army (OLA) decided to remain in the bush as soon as Abiy expanded the political space in Ethiopia, while the TPLF started to beat the war drums way before 4 November, allegedly sponsoring conflicts and ethnic violence in different parts of the country. I believe that Naol has enough information on those matters, and he seems to have chosen to conceal these key facts.

Furthermore, Naol accuses the Prime Minister of forcing the youth to join armed groups, arguing that Abiy left them bereft of opportunity for peaceful political contestation. As controversial as the claim is, if the theologian Naol thinks that it was his moral duty to ask Abiy to step down for forcing the youth in Oromia to “go to the jungle”—a conclusion he reached by making weak causal links—why not criticize the TPLF in the same manner for the strong allegations of child soldier recruitment. Which one is, morally speaking, more appalling?

To this end, Abiy established both the “Ethiopian Reconciliation Commission” and the “Administrative Boundaries and Identity Issues Commission.” These institutions play a very important role in bringing about national healing and consensus. Civil society organizations also became very active after Abiy came to power in April 2018, organizing events that could pave the way for reconciliation.

National consensus cannot be achieved by trying to control and do everything at once. Rather, it is done by way of long, patient, and arduous efforts, despite prevalent wishes to see quick results.

Naol also appears to confuse peace with pacifism. Pacifism is the belief that war is unjustifiable and problems should only be addressed through peaceful means. We all wish that was the case, but the situation on the ground does not allow that to happen.

During World War II, Winston Churchill, the British Prime Minister, wished that the war with Hitler could be settled peacefully. At the same time, he knew the dangers of being a pacifist like Neville Chamberlain in the face of an enemy that wanted to dominate the world.

Every Ethiopian wishes for peace. Nonetheless, many of us know that we are faced with an enemy that is desirous of disintegrating Ethiopia and expanding violence if its inordinate effort to restore hegemony cannot be realized. I am sure Naol, as a theologian, believes that men are equal before God. But Abiy is contending with political elites from Tigray that do not accept equality, only superiority.

I must mention here that, in the lead-up to the war, the TPLF turned down several mediation efforts made by religious leaders and elders, including Haile Gebreselassie. The OLA was also entreated several times by Abba Gadaas and Oromo elders to lay down arms to no avail.

Naol deliberately uses disinformation to make his arguments fit into his version of the story. He accuses Abiy of running in the election uncontested by imprisoning politicians and pushing away the opposition. He also dismisses the results of the election in their entirety. To the contrary, however, the 2021 election was a more democratic election than previous national elections.

More than 40 opposition parties took part in the 2021 Ethiopian general elections. And, as opposed to what Naol tries to portray, the election was characterized by a fair amount of competition while it was boycotted only by three political parties—the Oromo Federalist Congress (OFC), the Dawud Ibsa faction of Oromo Liberation Front (OLF), and ONLF (Ogaden National Liberation Front)—who alleged various forms of harassment were committed by the government. However, other opposition parties participated in the elections. It should also be noted that despite the arrest of some members of the leadership, none of the three parties saw their chairpersons arrested or prevented from taking part in the elections.

In contrast, Eskinder Nega, the Chairperson of Balderas for True Democracy Party, was arrested, and yet his party did not boycott the election. Does the boycott by a few political parties, whose leaders and members were subject to arrest on suspicion of committing crimes, make the election undemocratic?

Such arguments are insensitive to the determination and valor of millions of Ethiopians who had to queue up past midnight in order to exercise and protect their democratic rights. It is an insult to those pastoralists in Guji who, in the face of grave danger, had to fight tooth and nail against the OLA to make sure that the outlawed armed group would not steal and run away with the ballot boxes—a story many of us with contacts in the area know, but which, sadly, was not reported by the media.

Theologian Naol, who in unison with the TPLF is cynical about Isaias, seems to have taken this line of his story directly from the TPLF’s narrative. Let us see the contradiction in two statements the author wrote in the article:

“Dear PM Abiy, we saw this peace-making obedience of yours when you offered a hand of reconciliation to our neighbour, Eritrea. You blew down the wall of hatred and built up a bridge of love between the two countries.”

“Nevertheless, you have given the warmest welcome to this dictator [Isaias] with unnecessary public displays that diminished the value of justice.”

Naol does not tell us how Abiy could extend an olive branch to Eritrea by excluding Isaias. He wants to deal with Eritrea but not its leader—a proposal that is highly unrealistic and even delusional.

Many Eritreans and their leaders stood with Ethiopia when the latter was faced with the gravest threat to its national security from the TPLF. After Tigray regional forces attacked the Northern Command of the national army on 4 November 2020, some Ethiopian soldiers had to cross the Eritrean border to seek refuge there.

Eritreans stood with Ethiopia when Ethiopians needed their help the most. Eritreans did what was morally expected from them and they deserve praise for doing so, not the opposite. Here, I am not condoning crimes perpetrated by Eritrean soldiers. But, still, thanking Eritrean soldiers for helping us during trying times is the right thing to do.

Naol argued that Abiy has lost his moral leadership because the latter did not toe the line of the former’s version of truth. The theologian wants us to believe TPLF’s version of the truth and to embrace it without question. However, truth that divides, not unites; sows hatred, not love; seeks domination, not equality and freedom, cannot be truth at all.