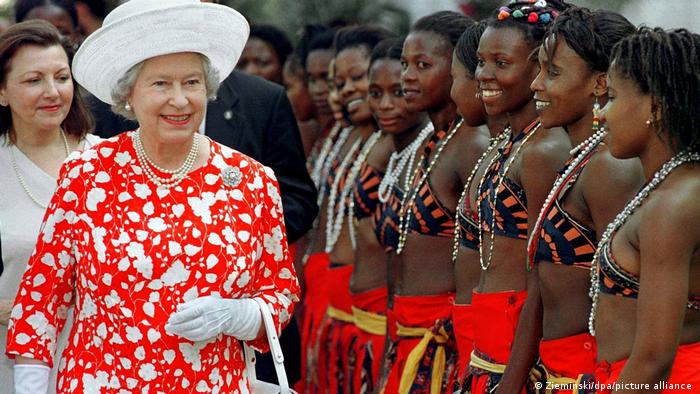 The British Monarchy is one of the world’s more malignant forces and we are thoroughly entitled to say so. Quite contrary to its micromanaged image of a kindly benefactor, serving the best interests of the people, it is the apotheosis of rot, corruption and evil, an outdated institution harking back to the middle ages, steeped deep in scandal, nepotism, toxic entitlement. Accountability is absent. Its preening pageantry is bombastic yet dull. It is a bastion of elitism and intolerance, yet, despite being evidently malignant, criticising it is frowned upon.

You haven’t seen reactionary patriotism until you’ve seen a nation mourning a deceased queen. And I am standing in the middle of it, feeling somewhat confused and perplexed by endless pronouncements on the Queen’s honor and integrity, knawing at my ears. It has knawed right through to the brain of some people, their central nervous system hijacked and programmed to feel in some way indebted to a woman who sat on a throne funded by taxpayers, the people autonomically performing heart-rending tributes.

Properly adhering to the rules of democracy, monarchies are illegitimate and basically illegal. Indeed, illegality is a running theme with the British royals, some characterised by their rancid crimes, such as Prince Andrew, clinging to his privilege to evade punishment for paedophilia and networking with sex traffickers. Despite the royals embodying scandal of this enormity there are, nonetheless, very few avenues left for criticising them.

Contractually obliged by virtue of their status as leaders of the institution of British Empire, the Royal family are the galvanising force of colonialism. The concept of empire sits in existence next to cancer, insofar as they are both forces for malignant growth. Bursts of enthusiasm for them are like cheering on your murderer. Down in their dirty secrets, past their disgraceful treatment of Diana, the Royal family were in cahoots with serial child abuser and rapist Jimmy Saville, who was so far in with the royals they used him as a mediator with Diana, who naturally loathed him.

In conclusion, the British monarchy is hells answer to how to govern a country.

Megan Sherman is a regular contributor to Global Research.

The original source of this article is Global Research
previous post