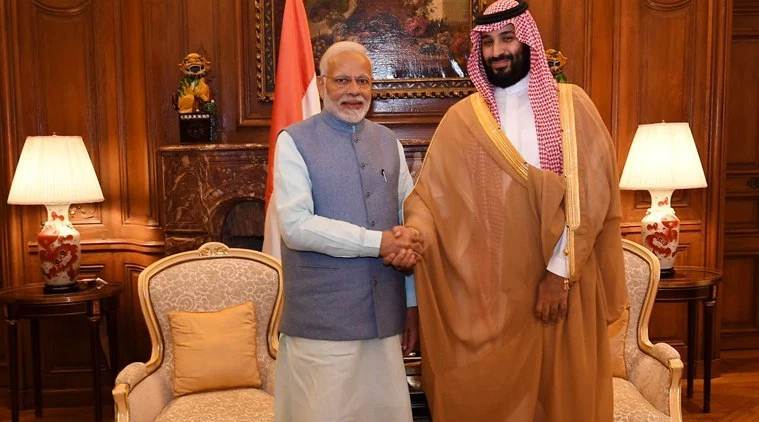 India is no minor economic force in the Arab world, having had a much longer engagement with the region than China. Instead of defining an unrealistic competition with Beijing, Delhi must up its own commercial game in the Arab world.

Written by C. Raja Mohan |
July 21, 2020 9:19:31 am
Few of India’s external partnerships draw the kind of passion that Iran does in Delhi. India’s Iran romance endures despite the huge gap between the hype and reality in ties. The persistent enthusiasm for Iran in Delhi also stands in stark contrast to the perennial under-appreciation of India’s much deeper and wider relationship with Iran’s Arab neighbours.The theory of the case in Delhi for an extra-special relationship with Iran rests on a number of claims — historical connections, civilisational bonds, energy supplies and regional security. All these factors are of far greater import in India’s engagement with the Arabian peninsula. Millions of Indian immigrants in the Arab nations, massive hard currency remittances from them, and the density of commercial engagement with the Arab Gulf outweigh the relationship with Iran. The UAE and Saudi Arabia have, in recent years, extended invaluable support in countering terrorism and blocked attempts to condemn India in the Muslim world.

The sources of this curious inversion in India’s intellectual imagination are many. But first to the latest anxiety in Delhi about the loss of a railway contract in Iran. Large countries with major foreign investments and projects win some and lose some. That is part of doing business in other countries. Then there is no escaping the political risk associated with foreign projects. And politics — both domestic and international — is all-consuming in Iran.

The sanctions regime imposed by the US has crippled the Iranian economy. It also targets third countries that do business with certain Iranian entities. India is careful not to attract the US sanctions. India did gain an exemption from the US sanctions regime for its participation in the Chabahar port project in Iran. But they don’t apply to some of the partners suggested by Iran in the railway project. Iran would like India to break the US sanctions regime. A prudent Delhi is resisting that temptation. It would rather lose the railway contract than get into the raging crossfire between the US and Iran.

Sections of the foreign policy elite, however, see India’s Iran policy as a continuous purity test for Delhi’s “strategic autonomy”. They expect Delhi to conduct its relationship with Iran without a reference to either a cost-benefit calculus or Iran’s troubled relationship with others with whom India has important partnerships. For the romantics, it is about proving Delhi’s friendship with Tehran by defying the US.

No government in Delhi can buy into that proposition. The criticism of the NDA government today is similar to that directed at the UPA government in 2005 over its stance on Iran’s covert nuclear programme. As the US mounted pressure on Iran to come clean 15 years ago, there was a strong view in Delhi that India should cast its lot with Tehran. But pragmatists pointed to one of the preconditions for the India-US nuclear deal — Delhi’s strong commitment to prevent the proliferation of nuclear weapons. Backing Iran in its nuclear confrontation with the non-proliferation treaty (NPT), they warned, would mean killing support in the US Congress for the historic civil nuclear initiative signed by Prime Minister Manmohan Singh and President George W Bush in July 2005.

Delhi’s vote against Iran in the International Atomic Energy Agency drew huge fire from PM Singh’s critics. The pragmatists were vindicated when Iran concluded a nuclear deal of its own with the US and major powers, a decade later. Iran surely can take care of its own interests, and there is little reason why Delhi must back Tehran in every one of its fights with Washington.

This does not mean Iran is unimportant for India’s foreign policy. Geographic and demographic size, the geopolitical location next door, natural resources and the extraordinary talents of its people make Iran one of the most important nations of the world. Most of those fabulous assets have been, unfortunately, neutralised by Iran’s prolonged confrontation with the US.

The tendency to view Iran through the lens of its confrontation with the US leads many in Delhi to ignore the ideological character of the Iranian Revolution and the fears generated by Tehran’s promise to export it to the Arab world. Meanwhile, Iran’s four decades-old Islamic order faces frequent domestic rebellions. Iran’s clerical regime has cleavages of its own that complicate Tehran’s global engagement. Tehran’s moment under the sun will come one day. But that moment is not at hand.

For both internal and external reasons, Iran will remain a difficult place to do business. Delhi must advance ties with it within the confines of that unfortunate but real constraint. Meanwhile, the Arab world has had its doors open for political, economic and technological cooperation with India. Three moderate Arab nations — Egypt, Saudi Arabia and the UAE — are confronting radical forces in the region and are valuable partners for India in countering forces of destabilisation.

Those who are worried about India losing to China in Iran should see the scale of Beijing’s economic advances in the Arab world. The talk of a spectacular deal between China and Iran is just talk for now. But there is real Chinese economic action in the Arab world as the region embraces China’s Belt and Road Initiative. China’s Digital Silk Road too is gaining ground in the Arab world.

India is no minor economic force in the Arab world, having had a much longer engagement with the region than China. Instead of defining an unrealistic competition with Beijing, Delhi must up its own commercial game in the Arab world. One of the new possibilities for India lies in the domain of new technologies.

On Monday, the UAE launched the first home-grown Arab space mission from a Japanese rocket. The UAE’s space programme is only a reflection of the emerging sentiment among the Gulf Arabs to reduce the over-dependence on oil, promote alternative energy sources, invest in higher education, and develop technology hubs. This provides a solid basis for elevating India’s economic partnership with the Arab world to the next level. For India, the costs of neglecting the new possibilities for wide-ranging Arabian business are far higher than a lost railway contract in Iran.

Via The Indian Express