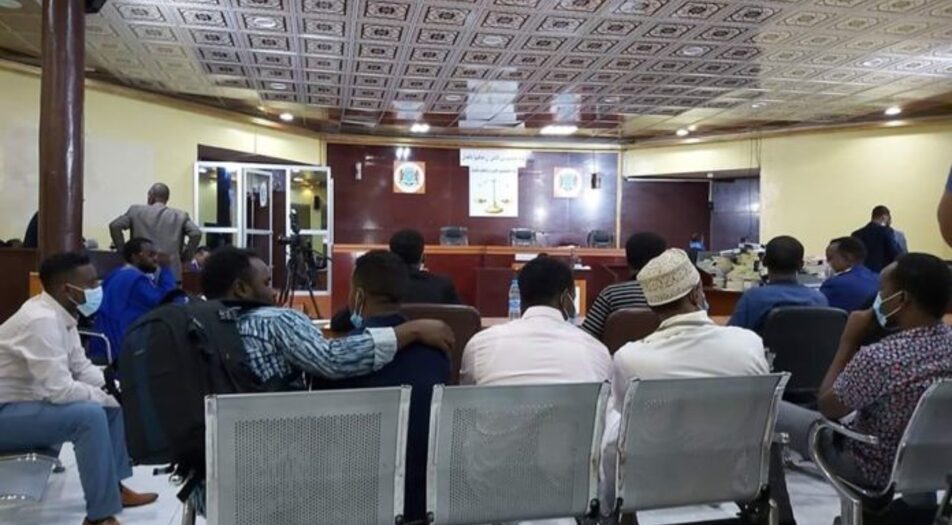 A number of top health officials were on Saturday arraigned in a Mogadishu court over alleged embezzlement and stealing of donor funds, reports indicate, just a month after the federal government of Somalia started investigating the cases.

Those involved are mainly from the ministry of health, which has been receiving aid for the fight against Coronavirus pandemic, and there are also some from the department of fisheries.

Over 20 staff members from the health department had been linked to the syndicate which saw the Horn of Africa nation lose millions of dollars to corrupt schemes, a move that threatens the cancellation of donor aid from a number of Somalia partners.

According to the prosecution, there was an elaborate fraud scheme that saw diversion of donor funds to personal bank accounts and companies, leading to the loss of millions meant to cushion vulnerable people in Somalia.

The fishy transactions involved receipts, invoices, and purported companies that supplied unknown items to the health department, the prosecution said during Saturday’s hearing, adding that those mentioned have a case to answer.

A total of nine suspects were arraigned in the Banadir court, with at least eight charges among them abuse of office and stealing from the public leveled against them, in a case if successfully prosecuted, would send a strong signal over Mogadishu’s determination to fight corruption.

Justice Abdirahman Saed Ahmed said that the prosecution had presented over 900 alleged fake receipts, vouchers, and invoices allegedly used by the suspects to defraud the public. The second phase for hearing is slated for next week, he added.

Somali cabinet recently approved anti-corruption laws that are geared towards helping to combat corruption, one of the emerging threats for Somalia’s quest for economic stability and growth.

“The Office of the Attorney General is handling a corruption case which started from the Ministry of Health and later spread to other ministries and top government officials,” he had said in a rare press conference.

“We’ve detained more than 20 officials including directors within the Health Ministry, heads of government departments and project coordinators, consultants and staff from private firms working with Ministry of Health,” he added

Authorities in Somalia had arrested Abdullahi Hashi, the Director-General of Ministry of Health and Mohamud Mohamed Bule, who had been in charge of finance in the department after failing to account for millions of aid money. They are the first major arrests in the ongoing probe to unearth missing funds.

Although he did not reveal the exact amount of money being traced by his team, the AG also noted that most of the funds had been shared with other departments whose jurisdictions do not cover the current Coronavirus pandemic.

“The AG’s office is also investigating other ministries and officials who, according to our preliminary investigations, have squandered public funds. I wish to assure the Somali people that we will soon catch them,” he added.

Apart from the alleged theft in the health department, there have been also parallel investigations on the missing funds in which top officials from the Ministry of Labour and Social Affairs are accused of mass embezzlement in a scheme commonly called the Baxnaano Program.

The Horn of Africa nation has been receiving aid from several countries among them Saudi Arabia, United Arab Emirates, Qatar, and Turkey, some of them in form of grants it tangible equipment for the fight against COVID-19.

The arraignment of the nine officials comes barely a week after some donated items were sighted within some shops and pharmacies in Mogadishu, in what former President Sharif Sheikh Ahmed termed as “rampant smuggling of donations to the black market”.