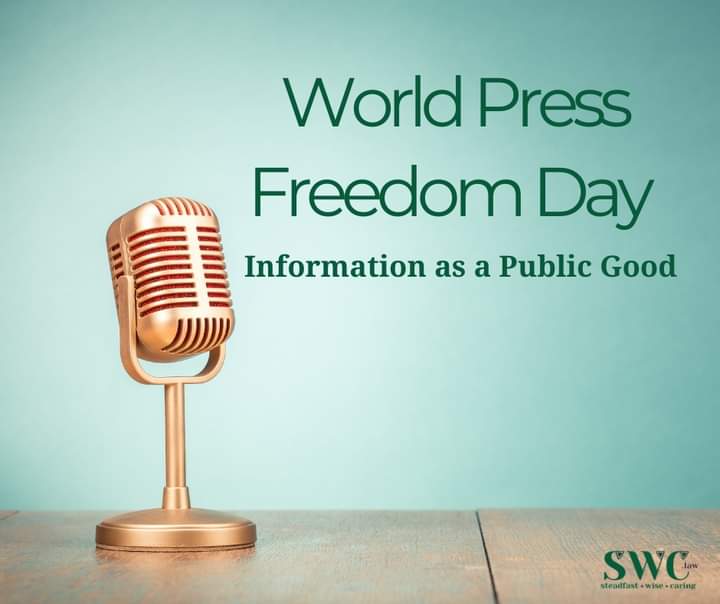 Today, on World Press Freedom Day, we recognize the key role that a free press plays in democracy. We honor journalists around the world for their work. Journalists help ensure that citizens are informed and exposed to diverse perspectives on the issues. Well-informed citizens make countries stronger. Here in South Sudan, I was very pleased to see last month that local journalists David Mono Danga and Waakhe Simon Wudu won separate international awards for excellence in reporting. I commend them for their professionalism and commitment to excellence. I also applaud all media professionals in South Sudan who pursue their noble career honorably, often under difficult conditions.

World Press Freedom Day is also an important opportunity to point out the abuses that are perpetrated against journalists, and to recommit to protect the media community. Last month Reporters Without Borders released the 2021 World Press Freedom Index. South Sudan dropped one spot to a ranking of 139 out of 180 countries. The report states that journalists have faced harassment, arbitrary detention, torture, and even death in instances where they did not practice self-censorship. As the U.S. government’s most recent Human Rights Report notes, security forces commonly intimidate, harass, beat up, detain, and imprison journalists; confiscate equipment; and restrict journalists’ movements. If South Sudan aspires to achieve the status of a democratic country, then these abuses must stop.

The theme of this year’s World Press Freedom Day is “Information as a Public Good.” It serves as a call for countries to improve transparency, and to ensure that citizens have access to reliable information. When journalists are harassed and threatened, they naturally become intimidated and afraid to report certain information. They end up practicing self-censorship. Democracy suffers as a result, as citizens lack access to trustworthy information. There are also more obvious forms of censorship, such as government authorities removing articles from newspapers right before they go to print. It.s every government’s responsibility to do everything in its power to ensure that journalists feel protected and supported in their crucial mission of getting accurate information to the people.

Djibouti looks to Ethiopia in effort to gauge its economic future