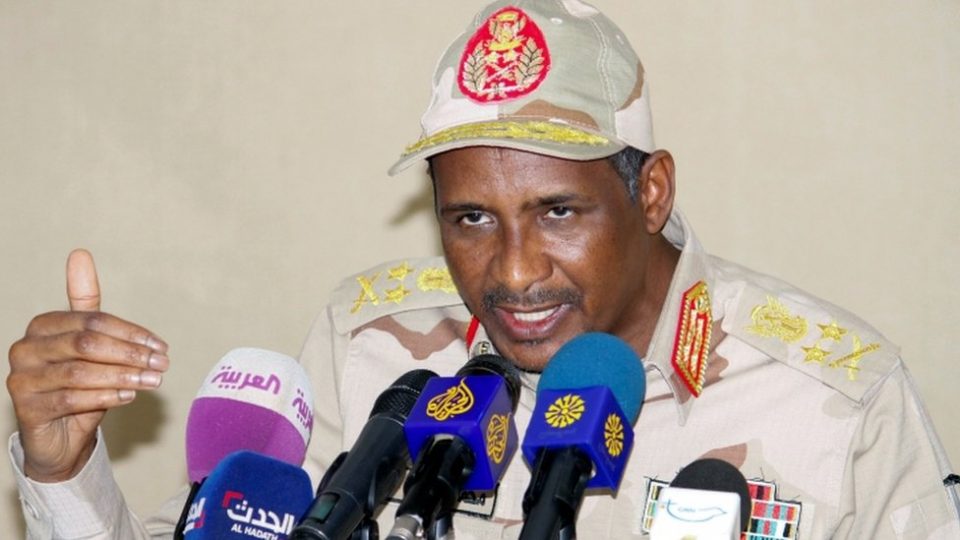 Sudan’s vice president of the country’s ruling Transitional Sovereign Council, General Mohamed Hamdan Daglo, has said that his country, where talks with Washington are underway to remove the country’s name from a US terror list, needs Israel if economy is to improve.

Daglo who is better known as Hemeti, said during an exclusive interview with Sudania 24 that establishing relations with Israel will fulfill removal of the country by the United States from its list of countries sponsoring terrorism.

The second-most powerful man in the North African country said while his country remains committed to the cause of the Palestinian people, he is for normalization of ties with Israel for the benefit of his country which is in a devastating economic crisis.

“We need Israel. It is a developed country and Sudan will benefit from its advanced capabilities in the technical and agricultural sector,” Daglo said during the interview in Juba.

“Whether we like it or not, relations with Israel are tied to removing Sudan from the US list of states sponsoring terrorism,” he added, saying seeking relations was not the same as “normalization.”