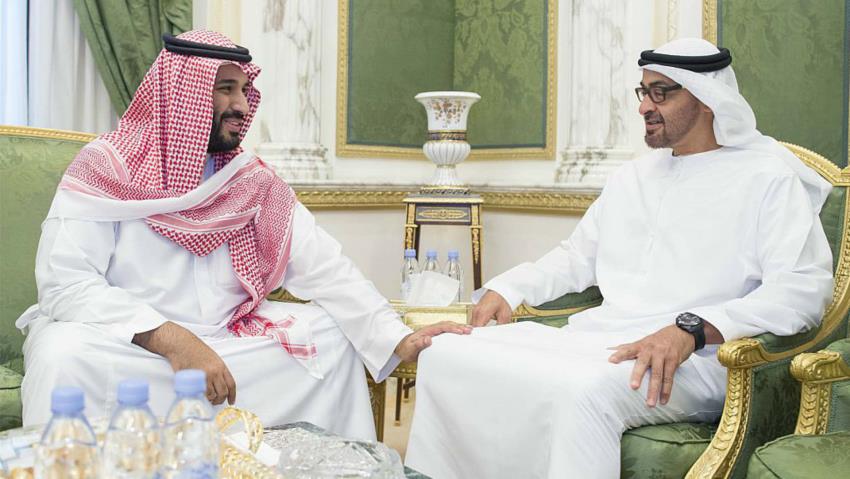 The Lebanese journalist is suing Saudi and UAE rulers after her private photos were leaked in an alleged hack to smear campaign.
A Florida court has issued a summons for Saudi Crown Prince Mohammed bin Salman (MbS) and Abu Dhabi Crown Prince Mohammed bin Zayed Al Nahyan (MbZ) in a recent alleged hacking case.
Lebanese Al Jazeera news anchor Ghada Oueiss posted a photo of the summons order after suing the crown princes of Saudi Arabia and the United Arab Emirates for allegedly masterminding a suspected hack into her phone.The hack also leaked her private photos – including photos of her in a swimming pool – to spread on social media in the ultraconservative kingdom in an attempt to intimidate the journalist.

Oueiss claims she was a target because of her reporting on human rights violations carried out by Saudi and the UAE, according to the complaint she filed in the Miami federal court.

The lawsuit lists MbS and MbZ as defendants, as well as other officials and agents of those nations.

According to reports, Oueiss and her lawyers are seeking to bar the defendants from further alleged harassment, in addition to financial compensation to be determined at trial.

The lawsuit reportedly claims MbS and MbZ recruited a network of US citizens to help spread the manipulated photos.

“Ms. Oueiss brings this action against all Defendants – domestic and foreign – responsible for the unlawful hacking and dissemination of her personal information worldwide,” the court filing read, according to US news site The Hill.

“Each actor must be held responsible for their unlawful actions and Conspiracy against Ms. Oueiss, and this lawsuit marks the beginning of a journey toward justice for Ms. Oueiss,” the filing said.

In April hackers stole private images from Oueiss’ phone and shared them on Twitter in a misogynic smear campaign linked to Saudi Arabia.

The online harassment campaign that targeted Oueiss also took a jab at fellow Al Jazeera journalist Ola al-Fares, who was accused by Twitter trolls of “providing other services” to secure a successful career.

Critics of Saudi Arabia are frequently targeted in social media campaigns that harrass activists on Twitter.

The court filing said that the joint UAE-Saudi campaign was a “premeditated attack, intended to destroy her reputation, personal life, and career”.