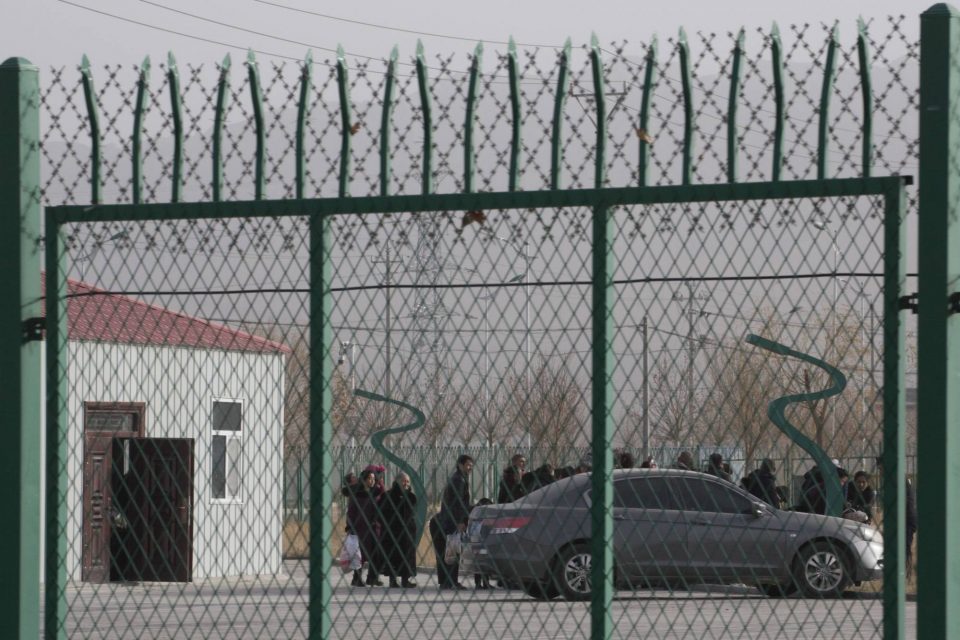 Afumetto Retepu, a 42-year-old Uighur from Tokyo who hasn’t been able to contact his family for three years, worries that they may have been forced to work at labor factories in China’s far-western Xinjiang region.

As reports shedding light on the forced labor of Uighurs in China continue to emerge, Uighurs in Japan and rights advocates are urging Japanese firms to take notice of their plight and are calling for more attention to be paid to China’s repressive policies toward the Muslim minority group.

“People in Japan may think that Japan has nothing to do with this problem, but it’s not true,” Retepu said. “I have no words to describe how painful it is to know that my relatives or family members of other (Uighurs living in Japan who) we haven’t been able to reach over the past two or three years may be working there to” make a profit for Japanese companies.

During a news conference in Tokyo on Aug. 28, a group of Uighurs and supporters called on Japanese firms with factories in China to thoroughly investigate their supply chains to see if they are connected to the ongoing repression of Uighurs.

In March, The Australian Strategic Policy Institute think tank said in a report that tens of thousands of ethnic Uighurs were moved to work in conditions suggestive of forced labor in factories across China, supplying 83 global brands. The report, which cited government documents and local media reports, identified a network of at least 27 factories in nine Chinese provinces where more than 80,000 Uighurs from Xinjiang have been transferred.

Twelve Japanese manufacturing giants have also been accused of complicity in the mass repression of Uighurs by sourcing supplies from factories exploiting the minority group’s forced labor.

The Japan Uyghurs Association has sought an explanation from the companies in question on their alleged profiting from forced Uighur labor.

According to the organization, four out of the 12 companies in question, including Sony Corp, and Panasonic Corp., did not comment on the situation in their workplaces or through their partner companies in China. Attempts by The Japan Times to reach the firms for comment were unsuccessful.

Most of the 12 companies said they had investigated companies in their supply chains but had not found any direct connection to the factories believed to be using forced Uighur labor and condemned such practices.

For Retepu and other Uighurs in Japan, the firms’ responses are not sufficient to clear their doubts about the companies’ links with Uighurs’ forced labor.

Other Japanese companies, whose names were disclosed in the report by the Australian Strategic Policy Institute on international brands allegedly profiting from forced labor, have denied any involvement in such practices. Those companies have also stressed that the use of forced labor is in violation of internal policies aimed at preventing rights abuses.

However, international firms in China are faced with challenges in tracing their supply chains.

In a phone interview on Thursday, a spokesman for Sharp Corp., which has been listed among the 12 companies suspected of complicity in human rights violations, said that the company had not found any evidence supporting claims of labor exploitation at suppliers’ factories in China. Twelve of Sharp’s subsidiaries are located in China.

“Our company disapproves of any forms of human rights violations … and if such practices were discovered at any of our suppliers, we would take action to curb such abuses also through cutting ties with those suppliers,” the spokesman said.

But Sharp’s spokesman also lamented that the firm faces challenges in its efforts to fully monitor the situation in China.

The ordeal of minority groups in China has garnered international media coverage in recent years with analyses suggesting that over 1 million Uighurs and other ethnic minorities are currently imprisoned at “re-education camps,” where they are deprived of basic freedoms, from the right to practice their religion to being able to contact their families.

On Nov. 16 last year, The New York Times published an expose of more than 400 internal Chinese government documents on Beijing’s mass detentions of Uighurs, Kazakhs and other Muslim minorities in Xinjiang. The documents confirmed previous analyses suggesting the detainees in “re-education” camps are subjected to physical and psychological torture.

In the face of growing criticism, Beijing claimed in December 2019 that all “trainees” have graduated from the vocational education and training centers and all re-education camps have closed, despite no evidence confirming such claims and emerging videos supporting alleged abuse. Recent reports have also shown that many Uighurs have been transferred to factories and mills that produce fabric or garments for international brands as part of the government’s crackdown on the minority group.

Sato, who spoke on behalf of Human Rights Now, an international nongovernmental rights group based in Tokyo, urged Japanese firms to investigate suppliers’ working conditions and take action toward stopping the abuse of Uighurs.

The rights group said that some Japanese firms criticized for complicity in the repression of Uighurs claimed they had not found evidence or were not able to confirm claims of abuse in workplaces in their supply chain.

“But such a response is not sufficient,” Sato said, asking such firms to further investigate the situation and to commit to ensure the protection of human rights in their businesses.

In July, a coalition of more than 180 rights organizations worldwide issued a call to action seeking brand commitment to cut all ties with suppliers involved in forced labor and end all sourcing from Xinjiang.

Sato said the U.N. has pledged to commit to the protection of human rights standards and has included it in the 2030 Agenda for Sustainable Development. Guidelines on human rights protection have already been included in the Human Rights Due Diligence policy adopted by the United Nations in 2011, which requires all United Nations entities to be diligent in ensuring that support to non-U.N. security forces is provided in a manner that complies with, and promotes respect for, international human rights and humanitarian laws.

Japan is expected to disclose its guidelines based on the U.N.’s guiding principles on business and human rights by the end of this year.

“The government should introduce guidelines demanding business operators to enforce policies aimed at the prevention of abuses of human rights,” she added.

The article first appeared on:  The Japanese Times