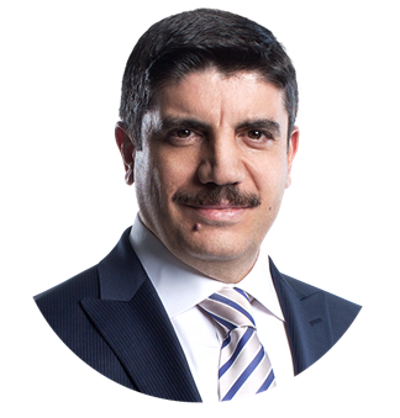 The 41st Gulf Council of Cooperation (GCC) summit held in al-Ula, Saudi Arabia, ended on a positive note, as the problem fellow states were experiencing with Qatar for the last three-and-a-half-years was resolved. The question most asked upon this development was how this would affect relations with Turkey. Does it mean that while Qatar mends ties with other Gulf countries, it will have to draw away from Turkey? Or how will Turkey view this agreement?

First and foremost, the institution of peace in the Gulf, the resolution of disputes is not a matter against Turkey’s interests. Turkey was never in favor of such a dispute among the Gulf countries in the first place. Turkey’s relations with Qatar was not aimed at severing the Gulf country’s relations with the others. On the contrary, as per a defense deal between Turkey and Qatar, Turkey could not – and did not – remain indifferent towards an operation launched against Qatar. And while stepping in to prevent a military operation against Qatar, Turkey did not choose to further deepen the dispute between Qatar and the other countries, or form a front against them, but rather made efforts to establish peace between brothers. Exactly as ordained in the Quran, the holy book of Islam, “The believers are brothers, so reconcile, establish peace between your brothers,” and “If two groups of believers fought with each other, you shall reconcile them. If one group aggresses against the other, you shall fight the aggressing group until they submit to GOD’s command.”

If any peace is made today, Turkey will be the first to jump for joy. Let it be known.

This is one aspect of the matter. However, the other aspect is particularly the United Arab Emirates’ (UAE) attitude in this process. The UAE has always maintained its hostile attitude against Turkey in every stage, without any connection to Qatar, even prior to the Gulf crisis. Backing the coups conducted in Turkey, financing terrorism operations against it, organizing coups and counter-operations in countries that have good relations with Turkey, are some of the UAE’s virtually routine operations. Additionally, upon the latest agreement in the Gulf, UAE’s Minister of State for Foreign Affairs Anwar Gargash said, that Abu Dhabi wants to normalize with Turkey “within the framework of mutual respect for sovereignty,” but on one condition: Turkey must end its support to the Muslim Brotherhood.

Actually, the UAE first needs to answer to Turkey and all of humanity for all the crimes it has committed in recent years, forget demanding something from Turkey, or stipulating a condition to normalize ties. While it needs to be held accountable for the systematic crimes it committed in Yemen, Egypt, Libya, Syria, Somalia and, of course, Turkey, what is the meaning of stipulating such an absurd condition?

The content of the condition is complete nonsense because, before anything, Turkey has no such official policy as supporting the Muslim Brotherhood.

Gargash mentions “mutual respect for sovereignty,” yet he then continues to accuse Turkey of supporting the Muslim Brotherhood, demanding it to end this support. This, to say the least, shows that he has no idea what he is talking about. There is no such special decision or policy, but if Turkey were supporting the Muslim Brotherhood, why is that of any concern to you? Turkey does everything within the framework of its own rights of sovereignty. The UAE itself completely eliminated all the opposition in the country already; they were left to die on the gallows or in dungeons. And as if that was not enough, it is on a pursuit to hunt down everyone known as the Muslim Brotherhood in other countries, while committing all sorts of crimes against humanity in the process.

We are asking the UAE, which finds the right in itself to intervene in all the affairs of other countries, where it gets this authority? In fact, as a result of its meddlesome behavior, it is also responsible for the massacre in Egypt’s Rabaa square, as well as the human rights violations faced by the more than 60,000 Muslim Brotherhood members currently in prison.

Turkey cannot be considered a supporter of the Muslim Brotherhood just because it did not slam its gates shut and turn its back on the people who fled unjust execution or imprisonment in Egypt, regardless of whether they were Muslim Brotherhood members. It is simply implementing its policy of respecting human life and dignity within the framework of its “own sovereignty rights.”

The regime in Egypt has no respect for human life and dignity. People are executed, imprisoned and tortured without any questioning or trial. Ideally, Muslim countries would collaborate with the Arab League, the Organisation for Islamic Cooperation (OIC), the GCC, with all its international institutions, to develop an awareness regarding the human rights violations in their own countries. Yet, Muslim blood has no value in Islamic countries.

There is no room for Muslim honor and dignity. The extremist human rights violations are even considered as ordinary occurrences. Would it not be more appropriate for Muslims to develop these susceptibilities among themselves without serving opportunities to Western countries or international organizations?

Having said that there is no condition that the UAE can impose on Turkey in this regard, but that the UAE instead needs to be held accountable for all that it has done, it can start off by answering for the crimes against humanity it is committing in Yemen, and why it is unjustly keeping imprisoned with an ordinary conviction for three-and-a-half years Turkish businessman Mehmet Ali Öztürk and his wife Emine Öztürk, who visited the UAE three-and-a-half years ago, by placing a sack over their head, without giving them the right to defense, based on statements made under torture and without an interpreter. This plan, which includes torture, human smuggling, unjust restriction of freedom, also involves a partnership with the U.S.’s Istanbul Consulate General.

A complaint against this was filed a while ago by attorneys Gülden Sönmez and Mete Gençer. The appeal to the UN calls on the UAE and the U.S. Istanbul Consulate General to answer. We will share those details on another occasion.