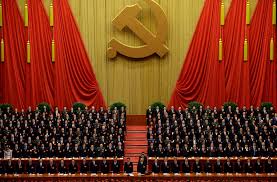 Will China replace Islam as the West’s new enemy?

Peter Oborne
China is being presented as the new existential enemy, just as Islam was 20 years ago 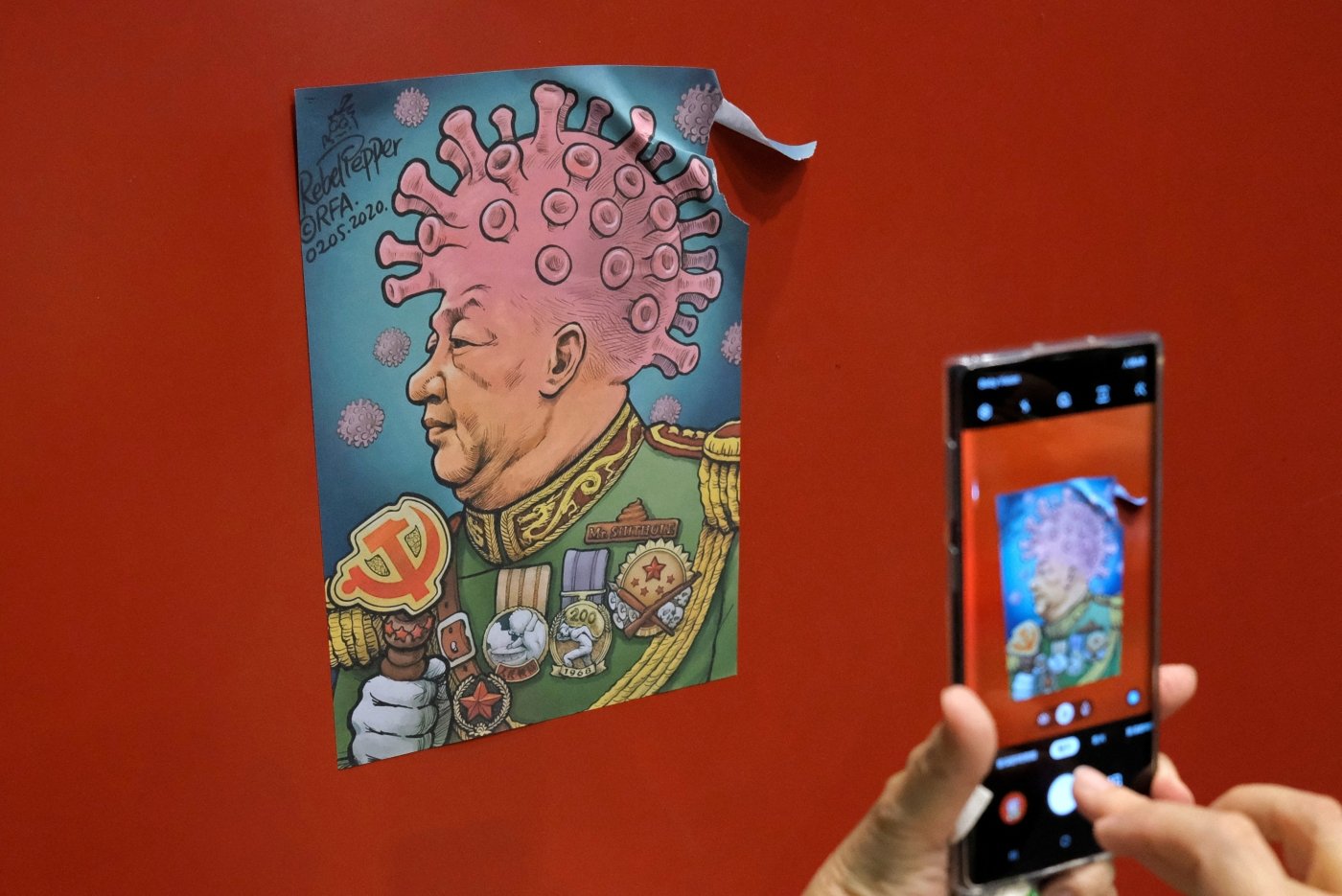 It’s just over a quarter of a century since the American political scientist Samuel Huntington wrote his famous essay on the Clash of Civilisations. It set the tone for a series of wars.

Huntington was writing after the fall of the Berlin Wall, and the end of the Cold War between Soviet Russia and the West. Rather than an era of peace, Huntingdon forecast a new struggle between what he viewed as irreconcilable enemies: Islam and the West.

The West likes, perhaps needs, an enemy and the latest target is China

Huntington asserted that identity, rather than ideology, lay at the heart of contemporary politics. “What are you?”, he asked, “and as we know, from Bosnia to the Caucasus to the Sudan, the wrong answer to that question can mean a bullet in the head.”

He added:”Islam has bloody borders.”

Western politicians like former US President George W Bush and former British Prime Minister Tony Blair followed Huntington’s lead. For the last quarter century, many Muslim countries have been the target of the US and its allies.

Meanwhile Muslims have often been portrayed in Western media as lawless, radical ideologues and an existential threat to the world. This has given rise to virulent Islamophobia in the West with the rise of far right political parties in Europe.

I will argue today that much of this noxious hostility may soon abate in the aftermath of the coronavirus tragedy. This is partly because (especially in Britain) the sacrifices made by Muslims are so obvious and have been so great that this may lead to a belated change in public attitudes. The first three medical staff to die from the outbreak were all Muslim.

But there is a second factor at work: the coronavirus pandemic is reshaping global geopolitics. The West likes, perhaps needs, an enemy and the latest target is China.

China is being presented as the new existential enemy, just as Islam was 20 years ago. And by the very same people. The same newspaper columnists, the same think tanks, the same political parties and the same intelligence agencies.

After Huntington’s famous essay that led the charge against Muslims – or what they often call radical Islam – now they have turned their attention to the Far East.

US President Donald Trump, the world’s Muslim-basher-in-chief, has now started to attack China, rather as Bush, his Republican predecessor, attacked Iraq in 2003 and the “axis of evil” 20 years ago. During his campaign in 2016 he accused China of “raping” the US economy.

However, since the outbreak of Covid-19, Trump’s attacks have gained speed and traction. He has accused China of covering up the virus and lying about its death toll.

Earlier this month, he even stopped US funds to the World Health Organization, calling it too “China-centric”. British newspapers, which have cut down entire forests to vent their spleen against Muslims, have pivoted to the Chinese menace.

The Sun – which banged the drum to invade Iraq in 2003 – ran a story on a report alleging the virus was developed deliberately by China to “prove it’s greater than the US at battling deadly diseases”. Britain’s foreign intelligence agency, MI6, helped to build the case for Blair’s calamitous attack on Iraq in the notorious dossier on Weapons of Mass Destruction.

Now it has China in its sights.

Speaking on BBC’s Today Programme, former MI6 chief Sir John Sawers greatly surprised me by showing sympathy for Trump’s removal of funding from the WHO. He said: “There’s deep anger in America over what they see as having been inflicted on us all by China, and China is evading a good deal of responsibility for the origin of the virus, for failing to deal with it initially.”

In Britain speeches by former spy chiefs are always seen as representing the current view inside the office.

Meanwhile Britain’s acting prime minister, Dominic Raab, said that after coronavirus there is “no doubt” it will not be “business as usual” with China. Senior newspaper columnists Melanie Phillips, a long-time critic of so-called radical Islam, recently used her column in The Times to warn that the West can no longer “turn a blind eye” to China.

Of course, there are good reasons to criticise China. There is evidence to suggest that China has not been transparent over the early stages of the outbreak or its number of cases. On the other hand, plenty of other countries (including Britain) are guilty of cover-ups and deception too.

This is what makes the change of atmosphere around China so remarkable. Even the neoconservative think tanks, that have fulminated against manifestations of Islam for so long, have found a new opponent.

The Henry Jackson Society (HJS) has been one of most consistent critics of what it likes to describe as radical Islam or Islamism. Now it’s led the way with a series of recent reports and media appearances attacking China. Indeed their attacks on China in recent months have increased exponentially.

The latest was a poll conducted by HJS. It formed the basis of a Times article last week which found that “more than 80 percent of Britons want Boris Johnson to push for an international inquiry into China’s handling of the initial coronavirus outbreak”.

The first episode asks “Is the coronavirus outbreak China’s Chernobyl?”

It was also an HJS report that provided the basis for a Mail on Sunday article suggesting Britain should pursue Beijing in the international courts for £351bn ($437bn) compensation over the outbreak. The Gatestone Institute has made the comparison between China and radical Islam most directly.

It ludicrously described the outbreak of coronavirus as “another 9/11 moment for the West”. My old friend Con Coughlin is the Telegraph’s defence and foreign affairs editor and distinguished senior fellow at the Gatestone Institute. He supported the Iraq war passionately. Now he has called on the WHO’s “pro-China” chief to resign.

MEE reached out to Henry Jackson Society for a comment but did not receive a response.

Some might say that since the collapse of the Soviet Union, the West has been in need of a replacement enemy.

Bear in mind that Huntington’s Clash of Civilisations warning that “the faultlines between civilisations will be the battle lines of the future” didn’t only concern Islamic civilisation. Huntington warned of a second “challenger” civilisation besides Islam.

China, according to Huntington, was the most powerful long-term threat to the West.

Not everything will change overnight. I sense that Iran will remain in the sights of the White House, such is the strength of the personal bond between Trump and Israeli Prime Minister Benjamin Netanyahu.

But we may now be reaching the end to the long period when the main “faultline” was Islam. It may well be that the West has now found itself a new enemy. If so, Muslims can breathe a little more freely.

Peter Oborne
Peter Oborne won best commentary/blogging in 2017 and was named freelancer of the year in 2016 at the Online Media Awards for articles he wrote for Middle East Eye. He also was British Press Awards Columnist of the Year 2013. He resigned as chief political columnist of the Daily Telegraph in 2015. His books include The Triumph of the Political Class, The Rise of Political Lying, and Why the West is Wrong about Nuclear Iran.
The article is first published in Middle East Eye
previous post