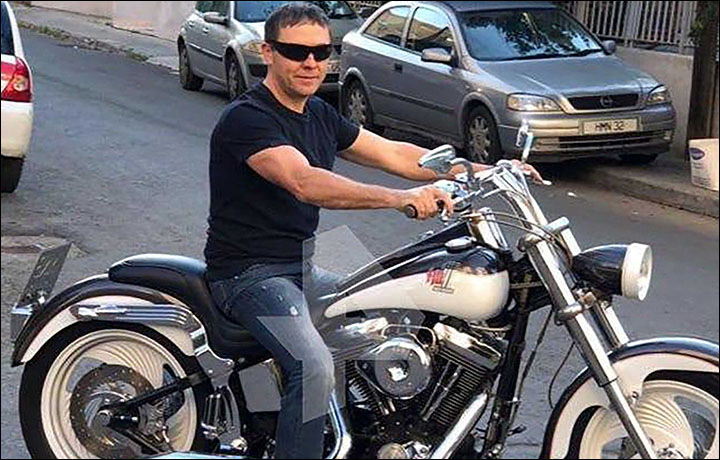 Igor Grechushkin is reported to be still residing in Limassol, Cyprus with his wife. Picture: The Siberian Times

Lebanese authorities were repeatedly warned about the highly-explosive chemicals impounded six years ago in Hangar 12 in Beirut – amid suggestions it should have been given to the army or sold to an explosives company.

President Michel Aoun today said 2,750 tonnes of ammonium nitrate, used in fertilisers and bombs, had been stored at the port without safety measures after being impounded.

Aoun said an investigation will be launched and vowed that those responsible would face ‘severe punishment’ for the blast that has devastated the Lebanese capital.

An official source familiar with preliminary investigations blamed the incident on negligence. Lebanese citizens directed anger at politicians who have overseen decades of state corruption and bad governance that plunged the nation into financial crisis.

The explosion – which is thought to have been sparked after a welder caused a fire at the port – has killed more than 100 people and injured thousands more, while leaving 300,000 people destitute.

Director General of Lebanese Customs Badri Daher said the country’s judiciary was told six times about the hazardous chemicals stored in a warehouse in the Lebanese capital.

Customs officials are understood to have asked authorities to move the dangerous substance from Hangar 12 due to the danger they believe it posed to the city and given to the army or sold to an explosives company.

‘We requested that it be re-exported but that did not happen. We leave it to the experts and those concerned to determine why,’ Daher said.

Another source close to a port employee said a team that inspected the ammonium nitrate six months ago warned that if it was not moved it would ‘blow up all of Beirut’.

The dangerous load is understood to have been abandoned by Russian businessman Igor Grechushkin in September 2013 before eventually being transferred and stored at the port for six years.

Prime Minister Hassan Diab vowed those responsible will ‘pay the price’ as he declared a two-week state of emergency to deal with the crisis, urging all world leaders and ‘friends of Lebanon’ to donate aid to the country, adding: ‘We are witnessing a real catastrophe.’

Documents published online they suggested it could be given to the army or sold to an explosives company, but did not receive any replies, leaving the explosive cargo languishing in the now destroyed port area of the capital.

The government to launch the country’s 1st ever oil auction