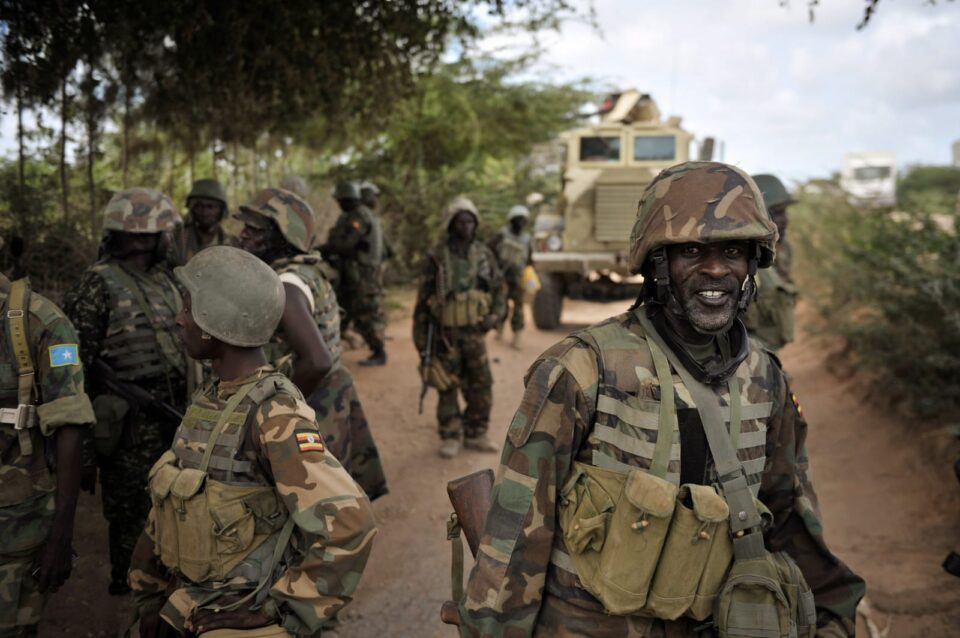 A soldier belonging to the African Union Mission in Somalia monitors traffic along a street during an operation aimed at improving security in Mogadishu. (Photo: EPA / TOBIN JONES)

The supposed solution to more than three decades of civil war in Somalia is a tribal-based political scheme sanctioned by the African Union, the international community and the dominant Somali elite. The fundamental political effect of these divisions means that Somalia belongs to Somalis, but Somalis are political strangers to each other.

Somalia became Africa’s first failed post-colonial state, but it had a glorious history before this calamity. It had the reputation of running the most democratic elections and the first democratic transfer of power on the continent, while much of the continent was mired in dictatorships and suffered under bloody military coups.

This glorious history is little known. What most people remember is the chaos of the past 30 years and the most retrograde sectarian politics in Africa today. Will the Somali people rise from the ashes?

Morphology of the disaster

In 2006, after a decade and half of a cruel civil war, the Union of Islamic Courts (UICs), a homegrown alliance of religious leaders, terminated 15 years of warlords’ terror and tyranny. A United States-led international community reversed this local initiative and empowered a government yet again dominated by warlords. The USA and its allies have spent billions of dollars since 2008, when the USA listed Al-Shabaab as a terrorist organisation. In addition, they endorsed a tribal-based federal system advanced by the sectarian factions of the Somali political elite. This political cocktail produced a context wherein violence has become part of the population’s daily life experience under the shadow of a thoroughly corrupt and hopelessly inept government that pretends to govern.

In Somalia, the African Union Force (Amisom), which is financed by the USA and the European Union, has formally pushed Al-Shabaab from Mogadishu and other major cities but has failed to defeat the terrorist organisation. As a result, Al-Shabaab, which has about 5,000 combatants, controls the vast majority of the rural areas and efficiently collects ransom (taxes) from all businesses, most notably in the capital city.

The international community, including the African Union, has championed a political scheme that segregates Somalis into exclusive tribal units in all political and public life spheres. For instance, the country is divided into tribal regions, and parliamentary representation, ministerial appointments, employment in civil and security services and the judiciary are all based on tribal identity.

Such reinvention of colonial and apartheid-like political order has created superficial and short-term stability in pockets of the country but at the cost of countrywide security and economic and social progress.

Thus, each region is the preserve of a particular ethnic group, and each government department is the fiefdom of a specific tribe. The fundamental political effect of these divisions has been that Somalis cohabit the same national territory but lack a common civic agenda that can guide rebuilding their country and would offer their people a dignified life and livelihood.

This tribal-based political scheme sanctioned by the African Union, the international community, and the dominant Somali elite, means that Somalia belongs to Somalis, but Somalis are political strangers to each other.

The current order is an amalgam of two contradictory systems, a public sector that is supposed to be inclusive and democratic, and exclusive tribal-based politics. This mixture has produced a dysfunctional order inept in all of its operations except in looting whatever little public resources the country has and alienating Somalis from each other. As such, the political and security order which the AU, EU, USA, Turkey and others have been investing in, has produced marginal benefits for the population, failed to defeat Al-Shabaab, and reified a divisive ethnic political formula. This is the morphology of the Somali disaster.

All major political and military actors (Somali, AU, EU, USA and others) ignore one fundamental and simple fact: the views and the hopes of ordinary Somalis who have suffered the enormous indignities of failed politics and policies for the past 35 years. The majority of the population have consistently rejected political tribalism as they clearly recognise that such politics and policies are the root causes of their privations.

Over 70% of the Somali people are under 30 years of age, and it is this group that has the most significant stake in the political outcome of the country but who have had no say in redesigning the country’s reconstruction strategy. They are eager to jettison political tribalism and rediscover the golden roots of Africa’s first democrats.

However, the UN and AU sanctioned political transition, which is imminent, will mimic past disasters. Thus, the African Union has a fleeting opportunity at this eleventh hour to honour its motto of “African solutions for African problems” by challenging the so-called international community and their sectarian Somali allies.

Rather than peddling the EU and American agenda, the AU, if it has any moral fibre left in its being, must insist that conflating ethnic and political identity is disastrous not only for Somalia but anywhere on the continent. Such a stance will inspire young Somalis and their generation on the continent to aspire differently and nurture a broader and deeper common future.

Young Somalis are ready for the challenge, but is the AU? DM